Reston, VA – ArtInsights Animation and Film Art Gallery celebrates the art of Harry Potter with a collection of original and limited edition art by artists who worked on the book and film series. 10% of sales will benefit two charities; Lumos, which was started by JK Rowling, and strives to end institutionalization of children worldwide, and Saving Faces, a foundation focused on cancer treatment. This is in honor of Harry Potter actor Alan Rickman, who passed away on January 14, and was a patron of the charity. The show runs from January 18 through February 29 at ArtInsights, 11921 Freedom Drive, Reston, Virginia 20190, in Reston Town Center.

“We are happy to have art by Mary GrandPré, illustrator of the Harry Potter book series, who reminds us of the magic of our childhood while reading the novels for the first time.” says ArtInsights co-owner Leslie Combemale. The gallery will have limited edition book art by Mary GrandPré, original production art by Harry Potter concept artist Jim Salvati, official art by Stuart Craig, the production designer for the entire film series, and other pieces created by artists who worked on the books or movies. “Alan Rickman added immeasurably to the Harry Potter franchise, and we wanted to honor his legacy as an actor by supporting a charity that was dear to him,” says Combemale. “We planned this before his passing, because his birthday is February 21, and we will still be celebrating that, but sadly must consider it a tribute as well.” Rickman played Professor Severus Snape in all the films, but was also a multi-award winning actor on both stage and screen.

Established in 1994, ArtInsights is a privately owned gallery located just outside of Washington, DC at Reston Town Center, in Virginia. The gallery presents important images from the 20th and 21st century film art genre, including original art from the masters of film and moving entertainment. From film campaign artists to concept and layout artists to production designers and animators, ArtInsights represents a wide collection from the giants and up and comers of film art. With more than 30 years’ experience, the owners work with their worldwide collector base to build and insure the integrity of their collections. They sell only official art created by artists working on the films they represent, with rare images used in production as well as original commissions which are often used to create official limited editions.  ArtInsights exclusively represents the original art of the great cinema poster artist John Alvin, and also exhibits Tim Rogerson, Jim Salvati, Mike Kungl, and Chuck Jones, among others. Featured studios include Disney, Warner Bros., Paramount, and 20th Century Fox, in a display of images from the best classic movies and animated features of the last 100 years as well as newer classics like Star Wars and Harry Potter. See and learn more on the website www.artinsights.com and on the web magazine www.artinsightsmagazine.com, and hear and see movie reviews by owner Leslie Combemale’s alter ego, Cinema Siren, all of which are published on her site www.cinemasiren.com,  as well as on Indiewire, Screenrelish.com, and other recognized outlets dedicated to film worldwide.

Founded by JK Rowling in 2005, Lumos works in partnership with governments, professionals and carers, communities, families and children, to transform outdated systems that drive families apart.  Lumos believes that as institutionalization denies children individual love and care, it can damage their brain development, and destroy their understanding of right and wrong.  Together with their partners they replace institutions with community based services that provide children with access to health, education and social care tailored to their individual needs. Lumos has a single, simple goal: to end the institutionalization of children worldwide by 2050.  You can find out more about the charity at: http://www.wearelumos.org/

Saving Faces is a registered research charity based at the historic St. Bartholomew’s Hospital in West Smithfield, London. The charity is carrying out groundbreaking work in areas such as the role of selective neck dissection in early oral cancer treatment, the psychological factors in head and neck and gastrointestinal cancer, the prevention of smoking and binge drinking amongst teenagers and the development of rapid detection tools for oral cancer. At Saving Faces they keep their administrative costs to a minimum. Unlike the majority of charities, their Chief Executive is unpaid, so donors can feel secure in the knowledge that their money goes towards important medical research and the support of patients. For more information, go to: http://www.savingfaces.co.uk/

Yes, the loss of Alan Rickman is felt acutely by lovers of Harry Potter and all those in the HP fandom.

Rickman brought Professor Snape to life in a way no one else could, and created a much bigger audience for the movies out of his many fans.  As much as I loved the books, having Alan Rickman announced as Snape just made me all the more excited and committed to watching the entire film series.  The film series is full of wonderful actors, but it is because of him, first and foremost, that I became so attached to it.

I’ve been to many conventions, been a part of lots of panels, and sold hundreds of pieces of official Harry Potter art.  I’ve seen Alan Rickman in plays for years, and even felt a kinship because he was connected to RADA (I went there) and we shared a birthday (February 21st). I know from my fellow HP fans, collectors, and production artists that Snape, and by extension Alan Rickman as that character, came to be a representative for all things misunderstood, weird, and wonderful.

Snape was both good and bad, trapped and stymied by his overwhelming love and bitterness.  He was a cautionary tale and an inspiration. There are few characters that do that as well.

As an actor, it’s a powerful legacy to have built from just one character.  Of course many remember him as Hans Gruber from Die Hard, but he had a long and stellar career both on stage and screen. Sometimes he was the picture of subtlety, sometimes an intentional scenery-chewer, but always compelling to watch. 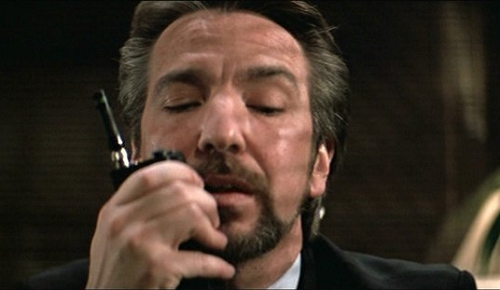 Reportedly, he was also kind and giving as a colleague and friend.  Daniel Radcliffe said in 2014, “Alan has cut short holidays that he’s been having to come and see me in plays, and take me out for dinner afterwards to talk to me about stuff.  I think when he realized how serious I was about wanting to be an actor, and he knew what a particular world the Potter set was to grow up in, he just sort of made it his – he just really wanted to help us all and has been very helpful to me, certainly.”

Here is what Dan wrote in tribute to Alan at his passing:

Alan Rickman is undoubtedly one of the greatest actors I will ever work with. He is also, one of the loyalest and most supportive people I’ve ever met in the film industry. He was so encouraging of me both on set and in the years post-Potter. I’m pretty sure he came and saw everything I ever did on stage both in London and New York. He didn’t have to do that. I know other people who’ve been friends with him for much much longer than I have and they all say, ‘If you call Alan, it doesn’t matter where in the world he is or how busy he is with what he’s doing, he’ll get back to you within a day.’

People create perceptions of actors based on the parts they played so it might surprise some people to learn that contrary to some of the sterner (or downright scary) characters he played, Alan was extremely kind, generous, self-deprecating and funny. And certain things obviously became even funnier when delivered in his unmistakable double-bass.

As an actor, he was one of the first of the adults on Potter to treat me like a peer rather than a child. Working with him at such a formative age was incredibly important and I will carry the lessons he taught me for the rest of my life and career. Film sets and theatre stages are all far poorer for the loss of this great actor and man. 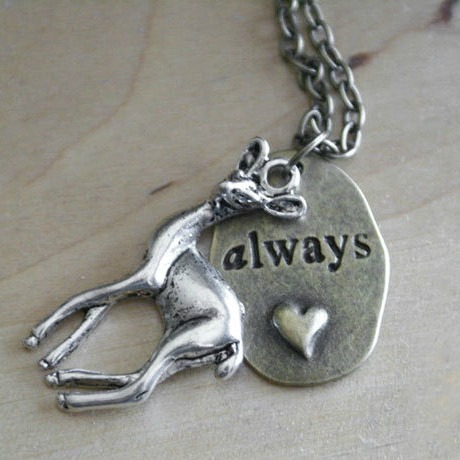 We were just preparing a show of Harry Potter art called “Sorcerers in Snow: Hogwarts in Winter”, when we were approached by the founder of the www.alwaysjkrowling.com site about raising awareness and funds for a charity Rowling had started called Lumos. Lumos endeavors to make the institutionalization of children in the world a distant memory. We backtracked and added that we’d donate 10% of sales proceeds to Lumos . Then this morning we found out fans had lost their Snape, and of course we wanted to donate to one of Rickman’s causes as well, so we added a charity he supported, Saving Faces. It does research, aids in treatment, and works to expand awareness about facial diseases like oral cancer. Both charities are worthy and important, and we always love having a charity component when we have an exhibit or collection.  The idea is to hopefully do well and do good at the same time.

It feels like a way to channel our sadness at a loss, with a proactive way of celebrating not only the work of J.K Rowling, but the life of an amazing actor who inspired us with his work and life.  We can bring attention to charities that might make the world a little better, and raise a little money for them as well.  If you are interested in donating directly, or want more information on the charities, go to wearelumos.org http://wearelumos.org/  and savingfaces.co.uk http://www.savingfaces.co.uk/.  To see our collection of art from Harry Potter, go to our HARRY POTTER PAGE.