We just discovered we have a few super rare and hard-to-find Peanuts limited editions created for the anniversaries of the Charlie Brown Christmas and It’s the Great Pumpkin, Charlie Brown TV specials. Given how much we at ArtInsights love all things Snoopy and Charlie Brown, it’s like we got an early Valentine’s Day gift!

What a coincidence.  Fans of the beloved Peanuts animated cartoons just celebrated the anniversary of the first airing of the 1975 Peanuts TV special Be My Valentine, Charlie Brown.  Although there are over 40 animated TV specials created over the years through Bill Melendez’s studio, many fans actually remember a few of them really well.  For me it was Snoopy Come Home, for which I had the board game, the Valentine special, and A Charlie Brown Thanksgiving. As an adult, I can to love this weird one that it turns out is the favorite of many of the animators who worked on multiple films for Melendez, What a Nightmare, Charlie Brown!. However, we can all agree that A Charlie Brown Christmas and It’s the Great Pumpkin, Charlie Brown are the most classic, right?

Beyond the fact that the Peanuts Christmas special was a huge deal in that it was the first time the comic strip characters by Charles Schulz were translated to animation, it was also the first religious-based animated special to ever be played on tv, and offered a wonderful jazz score by Vince Guaraldi.  This cartoon has been played during the holidays every year since it played in 1965. The music was also a huge success, selling millions of copies.  At the time, A Charlie Brown Christmas was seen by 45% of those watching television in the US.

It’s the Great Pumpkin, Charlie Brown quickly followed the Christmas special in October of 1966, although it was the third, not the second, coming after Charlie Brown’s All Stars in June of the same year. It was nominated for an Emmy. Longtime Peanuts specials producer Lee Mendelson, (who brought Schulz and Melendez together to translate the Peanuts comic strip into a cartoon, among many other important roles in the history of Peanuts specials) was outvoted in the discussion about Charlie Brown getting rocks instead of candy.  He wanted him to get his fair share.  Apparently the audience that year agreed with him, sending the character thousands of bags and boxes of candy to Melendez’s animation studio!

My childhood is filled with memories of watching the specials with my dad.  We also played my Snoopy Come Home board game a lot together.  We quoted lines from all the cartoons and the comic strip, and I’d even say seeing them every year influenced my going into a career selling art and promoting the artistry of animation. 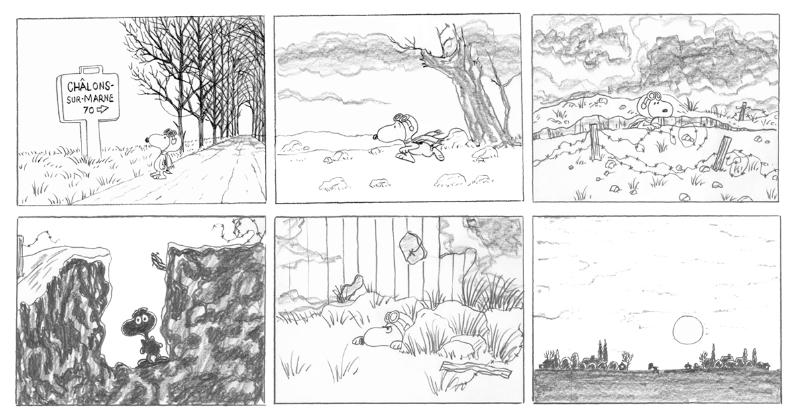 It was quite an experience the one time I got to eat dinner next to Bill Melendez at an event some years ago, only to discover what a wonderful sense of humor and quick wit he had.  I had already heard he was famously a great boss, according to many people in the industry who had worked at a number of studios.  In the interviews I conducted more recently, that compliment was repeated by everyone who had ever taken part in the creation of the Peanuts specials or any other Melendez studio project.

2015, the anniversaries were coming up for both the Christmas and Halloween specials.  The company connected with the Melendez family and his studio, who sells all things Peanuts and Bill Melendez Studio related in terms of art, planned a big event to celebrate with Peanuts art.  They spent a long time, with the help and design artistry of Peanuts specials director Larry Leichliter, creating an anniversary collection of Peanuts limited edition cels.  There were only 65 and 66 in each editions.  When the first piece was released, we all called those folks who had always bought art when the company released art.  They were allocated, so each gallery could only get a few of these A Charlie Brown Christmas limited editions and the It’s The Great Pumpkin Charlie Brown limited editions.  (I think I got as many as any gallery was allotted, with 6 of each edition).  Those who bought the first one, got right of first refusal on each subsequent piece so they could match the sets.  So some said yes to them all, some skipped one, and so it went.

My Peanuts collectors tend to leave their art with me for a while and come in only a few times a year.  One thing led to another, we did inventory, and POOF! We actually have a few Peanuts Charlie Brown and Snoopy limited editions (and of course some with the whole Peanuts gang!)  available for sale!  Imagine my surprise!

Anyway, this is all to the benefit of big Peanuts fans who will fall in love with these images.  The largest Christmas and Halloween limited edition cels each took weeks to complete, there was so much hand-work involved.  If you think they look cool online, they are truly spectacular in person!  We look forward to a fan or a few fans who grew up with the cartoons and Peanuts comic strips like I did winding up with these pieces.  They can bring them home as a wonderful, nostalgic reminder of holidays gone by.  Or rather, holidays to come, because they will be playing these Peanuts TV specials every year until our great-grandchildren think they came out for them!

In this blog are all the images of the pieces we have.  Click HERE to see them all, or on each image for more information for those specific pieces.

Remember if you love Peanuts and the Charlie Brown TV specials, there are some original production cels available from a number of cartoons you’ll remember we get directly from the Bill Melendez Studio.  None from the Christmas or Halloween specials, but we’ve found a few choice ones for fans from Snoopy Come Home, several Valentine specials, and others that would excite you. Contact us!

We’ll leave you with this an interview I did with the producer Lee Mendelson, talking about the history of the Peanuts cartoons: