“The World’s Greatest Super-Heroes” is a dramatic cover illustration by Alex Ross for the DC Comics’ trade paperback published in September 2010. The book complied 6 classic works SUPERMAN: PEACE ON EARTH, BATMAN: WAR ON CRIME, SHAZAM!: POWER OF HOPE, WONDER WOMAN: SPIRIT OF TRUTH, JLA: SECRET ORIGINS, and JLA: LIBERTY AND JUSTICE in a unique storytelling format that combined aspects of both comics and picture books and included developmental art and more.

THIS IS A LIMITED EDITION GICLEE ON CANVAS

here is the full image: 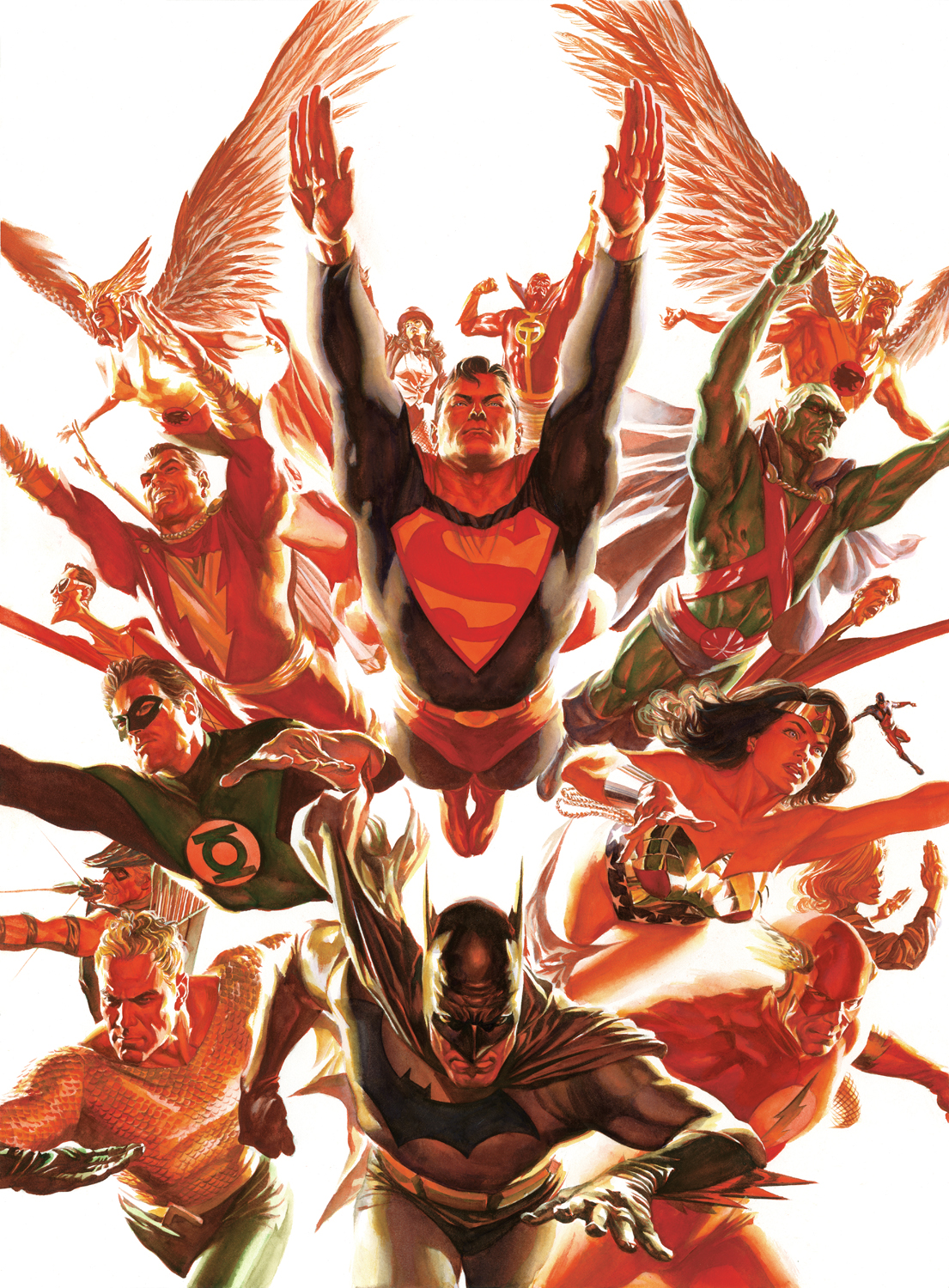 The art comes unframed and rolled, signed by Alex Ross and with a certificate of authenticity.

The art is released the first day of San Diego Comic-Con and will sell in pre-orders beforehand.  They say they will be shipped in late August, but I'd expect late September.