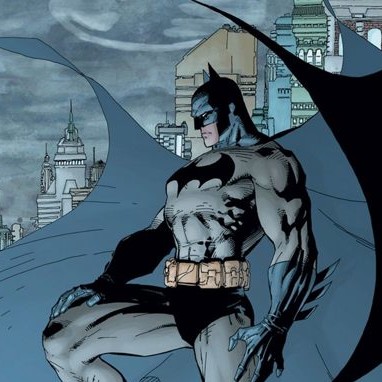 Born the son of Thomas and Martha Wayne in Gotham City, Bruce Wayne lived a charmed life. Being a part of the most affluent family in the city and the world, the millionaire (now billionaire) child had no cares in the world. Then, one night in Crime Alley, his life and Gotham City changed forever. A small time crook, Joe Chill, decided to try to rob the Waynes as they walked to their car from the movie theatre. The encounter left Thomas and Martha Wayne dead and young Bruce traumatized. On that day, he swore that nobody else will suffer what he suffered as long as he could help it. On that day, Batman was born.   Decades later, after traveling the globe and learning from masters of every skill and craft imaginable, Bruce Wayne returned to Gotham, intent on beginning his war on crime. Aided by his trusty butler Alfred, police commissioner James Gordon and sidekicks Robin and Batgirl, Batman wages his war on criminals throughout Gotham. His weapons? His keen intellect, sharp reflexes, mastery of martial arts, technology and gadgets, and most importantly, fear. His greatest foes include criminal masterminds such as the Joker, Two Face, the Penguin, supernatural enemies like Poison Ivy and Ra's al Ghul and occasional allies like Catwoman.   "I made a promise on the grave of my parents that I would rid this city of the evil that took their lives. By day, I am Bruce Wayne, billionaire philanthropist. At night, criminals, a cowardly and superstitious lot, call me... Batman."   "Hand me down the shark repellent Batspray!"
Read More about Batman