ArtInsights, the animation and film art gallery that represents the official art of Harry Potter, announces the release of six new limited edition prints based on concept art for the Harry Potter film series, images designed and and signed by Harry Potter production designer Stuart Craig, and illustrated by concept artist Andrew Williamson.
The six images feature Hogwarts Castle, Malfoy Manor, The Weasley Burrow, Harry’s Trial, The Quidditch Tent City, and The Horcrux Cave.  They are in an edition of 250, with the first 50 designated as sets of six.  ArtInsights, located in the Washington DC area, is a  gallery that has been representing Harry Potter art released through Warner Brothers since 2000. These are the first official images to be released from the art department of the film series that have been signed by the production designer.
“I think Warner Brothers now believes that Harry Potter fans can appreciate the importance of the behind-the-scenes artists responsible for the finished look of the film series.” says ArtInsights gallery owner Leslie Combemale, who is showing the new art as part of an exhibit of the official art of Harry Potter at the convention.  “Stuart Craig is one of the few consistent players involved from the beginning of the film series and he, along with producer David Heyman, is due a huge amount of credit for the movie’s beauty, and for its success.
I love that so many Harry Potter fans not only know who he is, but truly appreciate his role in making the films so extraordinary.” 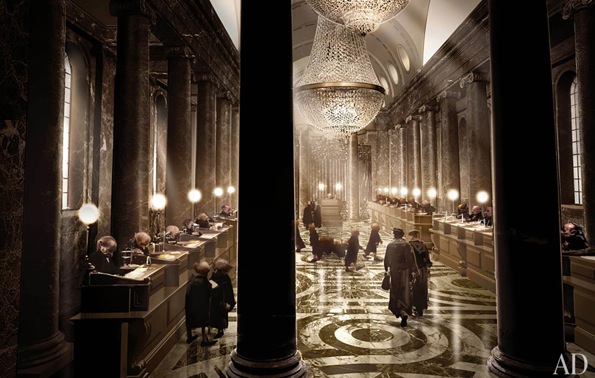