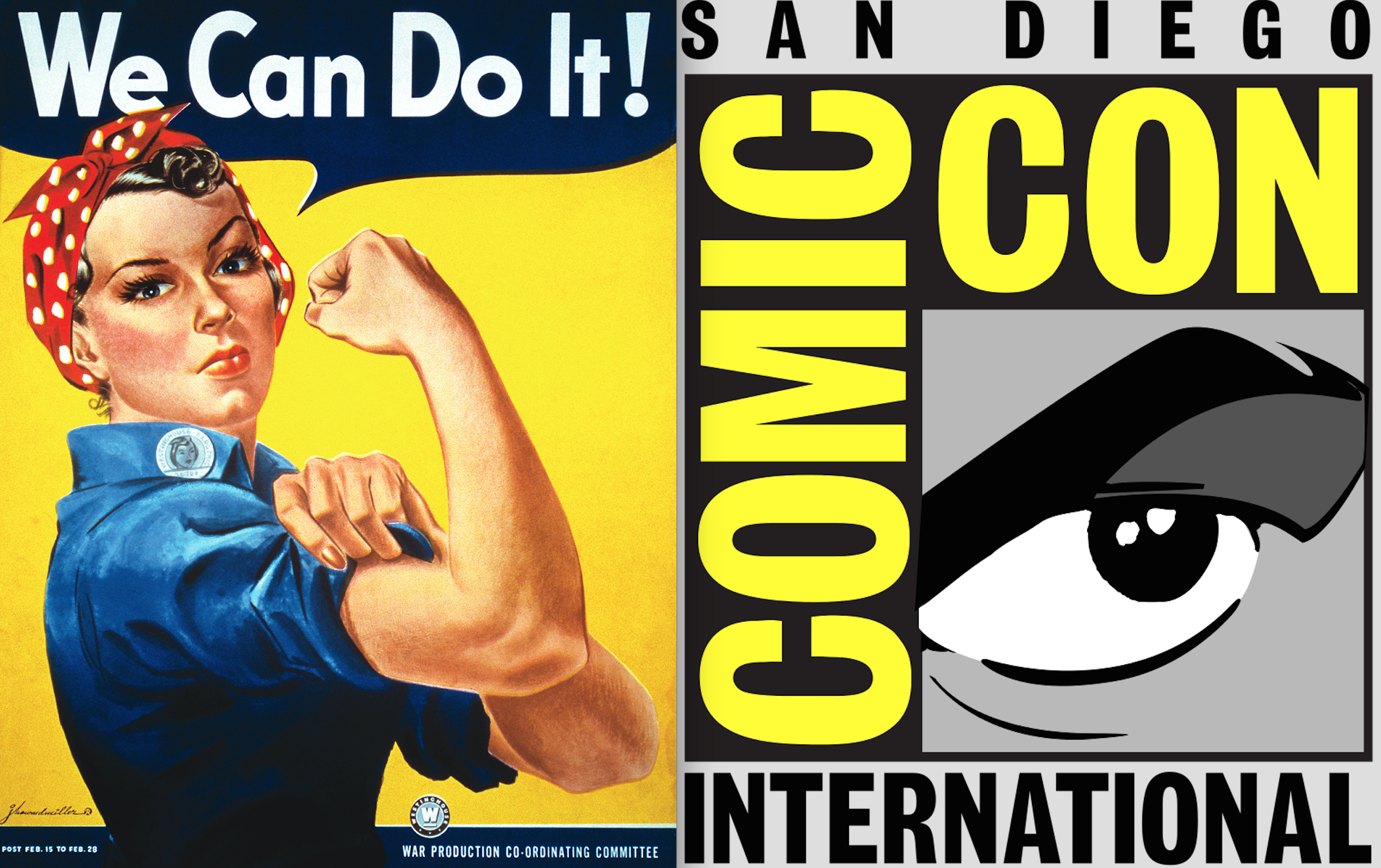 For those of you who frequent either my art gallery Artinsights or the website Cinema Siren, we are going to be at SDCC 2016 next week with three panels.  That means we won’t be in the gallery, but we WILL be creating amazing stories and memories.  Anyone who will be at Comic-Con International: San Diego, I hope you’ll come to whatever panels interest you we’ve put together!  And i’ll take this moment to thank all the amazing women and men who have supported, promoted, or are taking part in any way in these events.  One thing i’ve learned and will never forget is that there are genuine, enthusiastic, people in LA and working in Hollywood who still maintain their optimism and believe in making the world of film better!

You may not believe this, but there are actually nice, well-meaning agents and studio reps.  YES, YOU HEARD ME!

Here are the three panels I’ve spent the better part of the last year putting together.  Do I believe in the subject matter? YES! There are lots of people spending hours outside their actual job trying to make change, and they deserve to be heard.  As long as I can and whatever way I can, i’ll shine a spotlight on anyone with vision and an open heart.  I invite you to do all you can to promote these people, and anyone who is working to make Hollywood more diverse and inclusive, while providing AWESOME entertainment!  Also let me send out a hearty thanks and express my gratitude to both Wattpad, the sponsor for our Women Rocking Hollywood panel, and Women In Animation, who sponsored our Cartoon Creatives panel.

4:30 – 5:30 Cartoon Creatives: Women Power in Animation–While Women in Animation’s initiative strives to have a 50/50 workforce in the animation world by 2025, there are women leading the charge right now, creating, innovating, and guiding cartoons into a future filled with talent that goes beyond gender, and their fans are loving every minute of it. Scheduled to appear are Lauren Faust (creator, My Little Pony: Friendship is Magic) Brooke Keesling (director of animation talent development at Disney TV Animation) Lauren Montgomery (co-executive producer, Voltron: Legendary Defender)  Stevie Wermers-Skelton (co-director, the upcoming Frozen Holiday Special) Gina Shay (producer, the upcoming Trolls) Katie Krentz (senior director of development: Cartoon Network, Steven Universe), Daron Nefcy (creator/executive producer, Star vs. the Forces of Evil) and Marge Dean (co-president, Women in Animation) to discuss their experiences and upcoming projects.  Moderated by Leslie Combemale of Animation Scoop.  Rm 24ABC

If you won’t be at SDCC, as many around the world, you can watch our panels on our YouTube Cinema Siren and ArtInsights channels, or you wait and see them when we post them on our websites.  As for ArtInsights, we’ll be back on Wednesday, July 27th.  Come visit, call, or chat online.  Meanwhile you can also read a bit more about my experience putting together the panels HERE on my column for Animation Scoop.