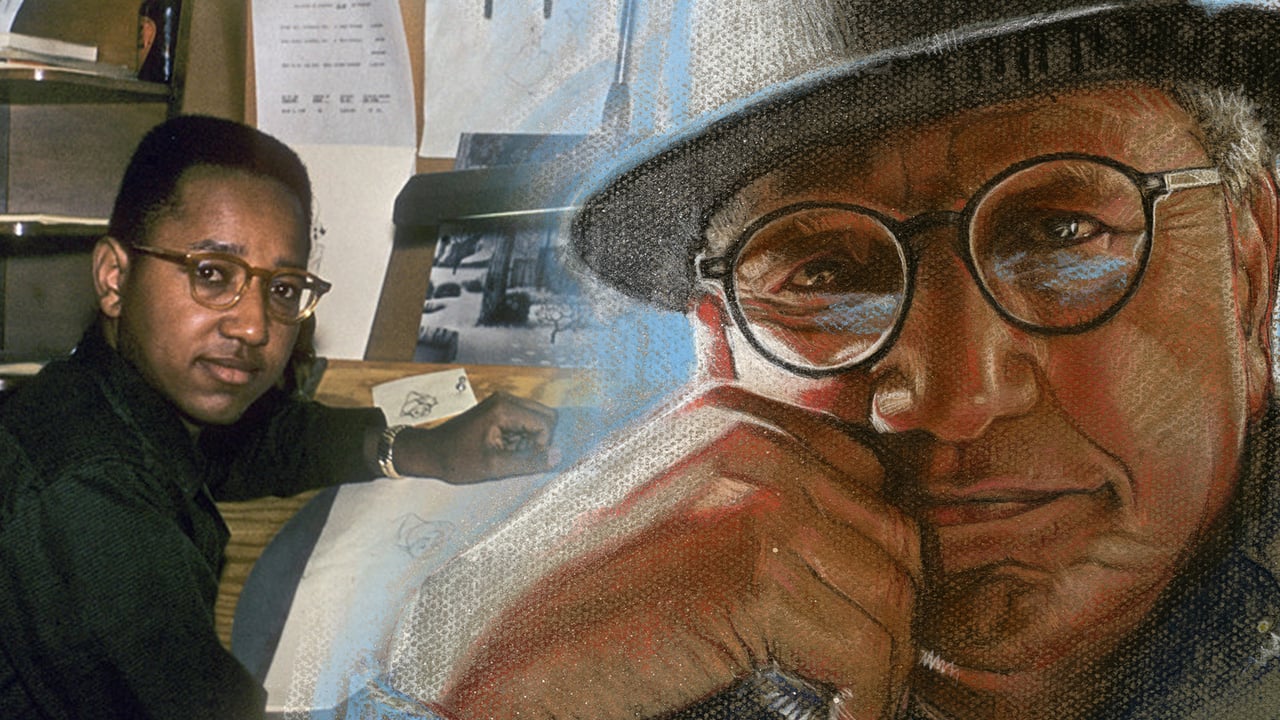 Playing for a week in four theaters across the country and available on blu-ray and on iTunes August 26th, FLOYD NORMAN: AN ANIMATED LIFE is a delightful and fascinating documentary about “Disney Legend” Norman, who is widely regarded as the first African-American animator, hired at Walt Disney Studios in 1956.  The tagline for this movie says “Animator. Storyman. Troublemaker.”, and whether you are one of Floyd’s many friends in the animation industry, or someone experiencing him for the first time through the documentary, there’s no question all three labels are equally true. The term “floydering” was coined in reference to this man, who continued to go to Disney every day after he retired, to draw, visit, and interact with other artists all day.  He is equal parts an easygoing, gregarious, friend-to-all, and a rabble-rouser who doesn’t suffer fools or bullying of those around him, regardless of the source.

It’s easy to find much to appreciate in the way Norman’s life is presented without too much interference by the filmmakers.  The kudos for that go to co-directors Erik Sharkey and Michael Fiore. It’s Norman himself and the people who know him best who do the narrating.  The audience is able to get a real sense of the man as the sum of his past experiences and how they have informed his current life.

The film begins with Norman’s wife Adrienne, also an artist and currently at Disney, as she describes what it’s like to go to work at Disney publishing with her retired husband only to find him hours later in the office he has adopted for his “post-retirement”.  What she jokingly calls squatting he reframes as a friendly face, visiting and giving helpful hints.  Since Norman has been working with Disney on and off as an animator and story artist since the 50s, it’s advice they should consider very carefully. He was let go and rehired repeatedly, and each time he departed, he went off to do something fascinating and noteworthy.  In the 60s, he started a production company that wound up capturing the riots in the Watts neighborhood of Los Angeles on film.  If you saw footage from that time, it was probably his company that filmed it.  His company was also responsible for creating the animated sequence in the opening of the famed dance show Soul Train. Even now, he’s a fixture at San Diego Comic-Con, a part of an extremely popular panel called  “Quick Draw” with his friend Sergio Aragones of Mad Magazine fame. He was also on my panel this year about diversity in the history of animation, and you can get to know him a bit here, and see why you might want to know all about his life and experiences:

As someone who knows Floyd, his family, and animator friends, it’s hard not to be biased towards the celebration of his life. In fact, when I know a filmmaker, I tend to be even more critical, just to make sure i’m not seeing through ‘rose-colored glasses’.  However, FLOYD NORMAN: AN ANIMATED LIFE has twists, surprises, and the sort of story arc that even the most objective viewer can appreciate.  These attributes are no less essential to a good documentary than to the best fictional releases, and they exist here without feeling forced or contrived.  The audience is treated to a wide variety of celebrities and artists talking about the man that is often labeled “The Forrest Gump of animation”. There is a balance of intimacy, when he, his close friends, and his family consider some of the more difficult times of his life, and humor, especially in the animated sequences by various artists that offer a nod to Norman’s own often satirical comic illustrations.

Incidentally, it’s those comic illustrations he’s been doing since the 50s that have propelled him into all sorts of new adventures.  They speak to his acerbic wit and willingness to fearlessly speak his mind, but as the best artists do,  through his art.  The most inspiring aspect of FLOYD NORMAN: AN ANIMATED LIFE is the fact that as straightforward and opinionated as he is and always has been, he has still succeeded and thrived as an artist.  One might even say those traits are some of his greatest gifts.  In this day of tiptoeing around the corporate world, and staying silent to stay safe, Floyd Norman proves there is a way to be kind, be true to yourself, and be honest, all at the same time, and live a long happy life by continuing to doing so.