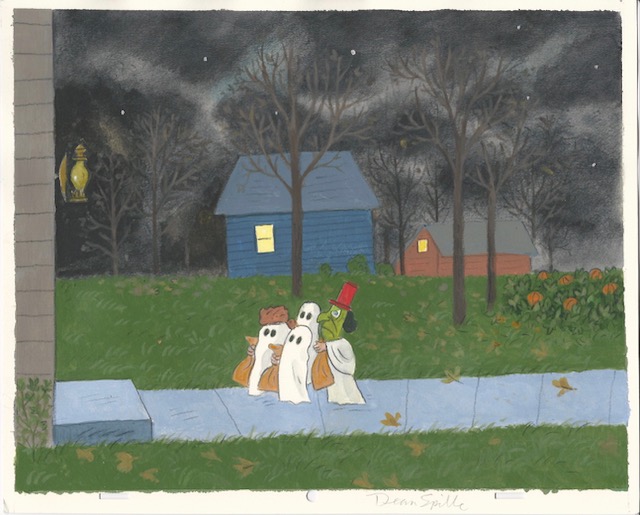 Spille’s work is liberally shown throughout the book, “The Art and Making of Peanuts Animation, Celebrating Fifty Years of Television Specials” .  Page 30-31 speaks of his process.