There’s such a storied history for Bill Melendez and his 1965 classic A Charlie Brown Christmas. Not only have we seen it generation after generation, it remains one of the most watched specials every holiday season. Yes, it is Christian at its core, but cartoon fans of all faiths (including Atheism) love it and can’t wait to tune in, even as they have it on dvd, downloaded, or whatever newest version is available.

In 2015, I had the great pleasure of going out to LA and meeting a number of animators who had worked on the original special, and we all gathered together to toast the 50th anniversary of a great holiday tradition.

During and around that A Charlie Brown Christmas Anniversary event, I was able to interview several key artists involved, including Lee Mendelson, which you can see HERE. I also got to see some rare Charlie Brown Christmas art from their archives. As a fan myself, I was thrilled. It has been a show my family watches together since as early as I can remember.

This year, as always, I had requests throughout the year for various images from my Peanuts art and Bill Melendez art fans. In my research for great images, I discovered something. (I’m always learning something new..) Somehow I had never learned that Woodstock was named after the 1969 Woodstock Music Festival! That led to a great release from the people that run the animation art program at Bill Melendez Studios that was in honor of the 50th anniversary of Woodstock. We got big Woodstocks, little ones, recognizable art from Snoopy Come Home and less identifiable but charming Woodstock art from commercials and other TV specials. We sold a bunch of them. They also stumbled onto a very few images from the original Halloween special, It’s the Great Pumpkin, Charlie Brown. We sold them in minutes, then begged for more, but they were all gone, of course!

Cut to now… In asking for some images from Charlie Brown Christmas specials or commercials, the Bill Melendez folks found some great, very rare art, and offered me a special show. We’d had such a wonderful year full of collectors embracing these beloved characters, they wanted to show their appreciation. Of course we said yes!

The result is a collection of art spanning from originals by Bill Melendez himself, to A Charlie Brown Christmas art from the book and record, to cels and drawings from I Want a Dog for Christmas as well as Christmas themed commercials to limited editions that had sold out so long ago, I didn’t even have them at our own store or had just opened, so that would date to being released around 1995-2005. a LONG TIME AGO!

The Charlie Brown Christmas art from the record and book is so exciting because all the images were actually used to make the official one and only read-along book for the Peanuts Christmas special.

Someone made my life really easy by posting it in its entirety on YouTube:

I was floored when I saw these for the first time. I mean, we all recognize exactly what’s happening during each image and they’re from 1977!

We also got the official limited editions that had been released decades ago, including this one:

The thing about getting this collection, is we are requested to sell the art for only 10% more or less than their suggested retail. The above piece is $8000, which is exactly what they have as retail, and I haven’t seen any at all online, but even if I did, that piece would have been at a home and being resold. This is coming directly from the studio. It just doesn’t get any more classic than this!

other sold out A Charlie Brown Christmas limited editions include the below images, Tree Lot, Dog Gone Commercial and Snoopy’s Audition, all sold out but we have one of each!

We also have I Want a Dog for Christmas art. That special is a new classic played during the holiday season, and features Rerun, Linus’s brother. By the time they made this cartoon, cels were not being used, so the studio created model cels that are completely done by hand to accompany the original drawings or layouts or color model drawings from the special. My favorite is a great cel and drawings from a scene with Schroeder, Lucy, Snoopy and Woodstock:

There are also a number of other images available from that cartoon, all of which you can find by clicking to see the whole special Charlie Brown Christmas Specials collection.

The most surprising part of the collection is the original marker and graphite originals by Bill Melendez himself they sent. These have to be released by the Bill Melendez estate. We’ve only had a few in our entire span as dealers of Peanuts art. I truly wish I could keep one myself. They come directly from the source, so fans and collectors who buy them feel like part of the Peanuts family! (and, I’ll say it again and reiterate what everyone I’ve ever interviewed has said. Bill Melendez was the nicest man ever to work in animation.)

There was a show called The Charlie Brown and Snoopy Show that ran between 1983 and 1985. We got Snoopy, Lucy, Charlie Brown, Linus, and Sally art from Sally’s Sweet Babboo, the one episode that featured a Christmas play and Lucy and Snoopy skating!

The Charlie Brown animation art oeuvre would not be complete without mentioning the commercials these characters appeared in, and we have charming images as part of this Charlie Brown Christmas animation show!

Have you been to our gallery in Reston Town Center since it’s been renovated? We have a new floor, new windows, a new door, and a new lobby! and of course it’s gorgeous in Reston Town Center at the holidays. Stop by and ask to see our Charlie Brown Christmas specials animation art collection.

Our Charlie Brown Christmas art show will be having an opening weekend on Black Friday, November 29th, Small Business Support Saturday, November 30th, and Christmas Special Sunday, December 1st, with refreshments, art exclusively available that weekend, and special surprises! Call or email us with any questions.

Thanks and happy holidays!

My invitation to the big event!

I’m so incredibly excited that the 50th anniversary of the Charlie Brown Christmas Special, which is being celebrated next week in LA, means that I get to go to LA and interview animators AND get first access to special art being pulled specially for the event.

That’s right.  I am the FIRST gallery that gets to go in and choose art for my clients from what they’ve pulled from the archives for this event.  How did that happen?  I guess the Snoopy Puppy angels smiled on me.  In any case, any of you folks– pals and clients of mine –who love Peanuts and remember the wonderful specials fondly interested in getting something rare and unusual, please contact me in the next few days! 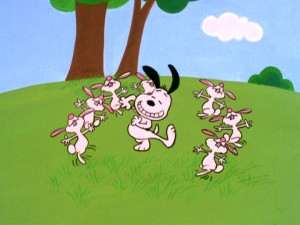 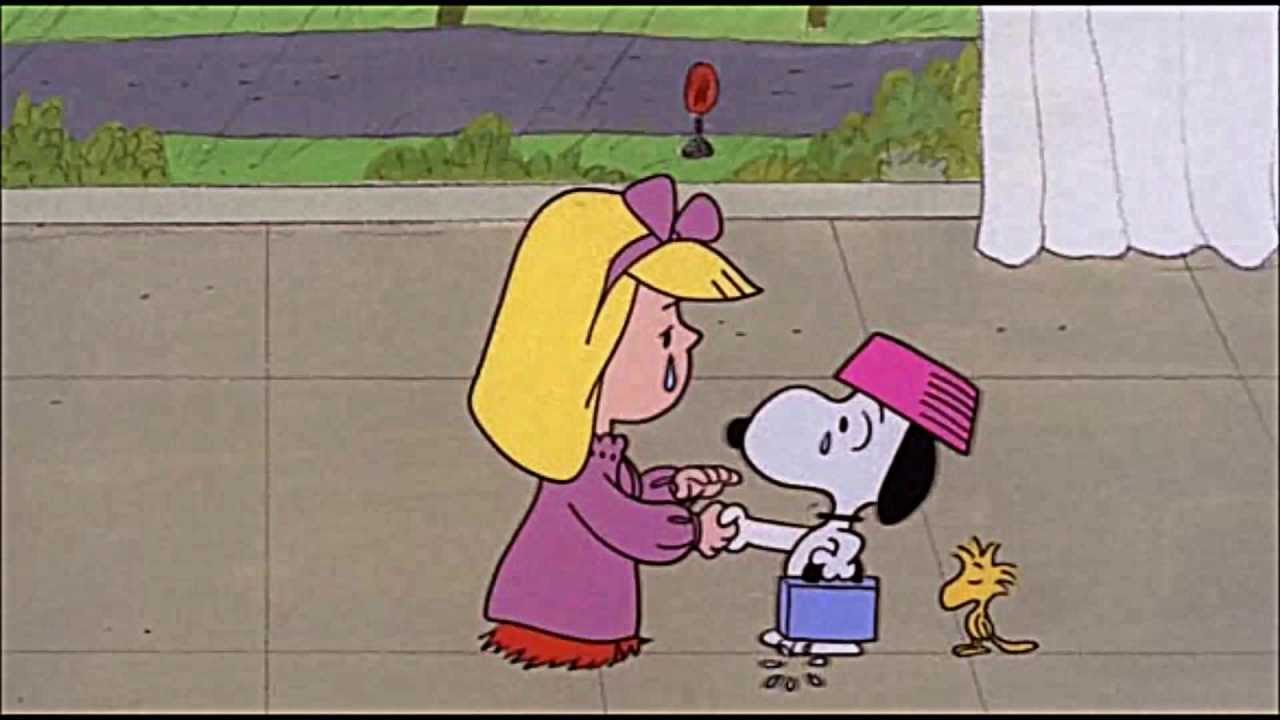 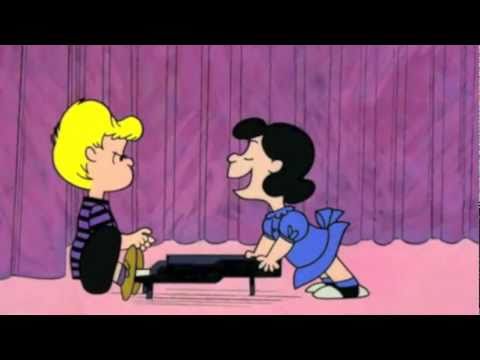 A few great images from the cartoons…

I’ll be sending images and selecting art for all my clients on Tuesday June 23nd starting at 12:00 pm E.S.T, and can add you to the list of collectors to connect with that day.

What will be available?  The rarest art is the key set-ups, which means the original art and backgrounds that belong together, from the specials many will recognize.  There won’t be Christmas special pieces, but yes, there will be art from the late 1960s and some from one of my favorites, “Snoopy Come Home”.  There will also be some spectacular layout and finished drawings.  All I know is they’ve never done this before, so without a doubt they will be bringing out “the special stuff”.  Generally the prices for these originals are between $500 and $5000 depending on what it is, how old it is, and how many characters are in it.

Also, the second of the limited editions being released based on A Charlie Brown Christmas is being released on Thursday at the celebration.  None of us know what it looks like, but at only 65 in the edition, and the desire to represent the best scenes from the special, i’m sure it will be wonderful!   There also may be some very sold out limited editions made available—who knows?!

I’m going to be doing some interviewing the studio insiders and animators about the historical scoop and personal  experience behind these great animated favorites, and i’ll post on YouTube when i’m back.

Of course with the new Peanuts movie coming out, this is a perfect time to pick up some art, before a ton of new fans are made around the world, and a few old ones get reminded of how great these characters really are!  (many of you know my story of the one piece of art I regret not getting was a Linus cel i’ve never seen anything like again..let’s not go through that again!)

I’m in a unique position here to actually get all the very best images available for people I am representing, so HAIL TO ALL PEANUTS FANS! Let’s get some awesome art!! 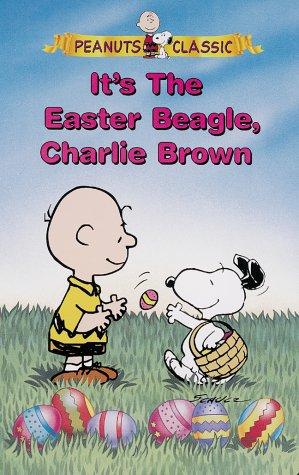 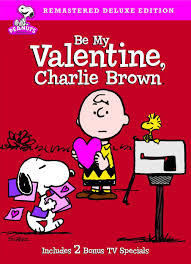 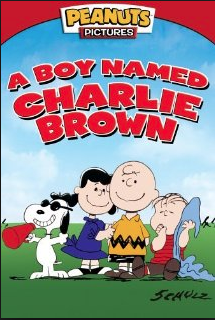 (Just a few of my favorite Charlie Brown specials!)