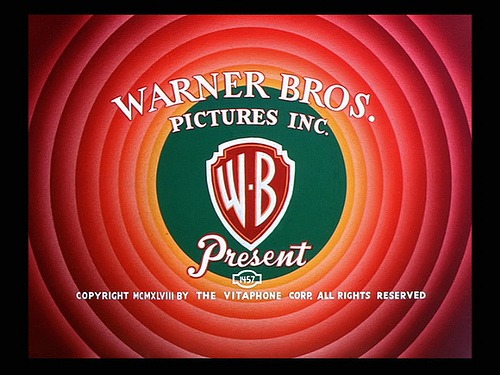 Warner Bros. Cartoons, Inc. was the in-house division of Warner Bros. Pictures during the golden age of American animation. One of the most successful animation studios in American media history, Warner Bros. Cartoons was primarily responsible for the Looney Tunes and Merrie Melodies theatrical cartoon short subjects. The characters featured in these cartoons, including Bugs Bunny, Daffy Duck, Porky Pig, Speedy Gonzales, Wile E. Coyote and Road Runner, are among the most famous and recognizable characters in the world. Many of the creative staff members at the studio, including directors and animators such as Chuck Jones, Friz Freleng, Robert McKimson, Tex Avery, Robert Clampett, and Frank Tashlin, are considered major figures in the art and history of traditional animation.

Warners' parent company Time Warner merged with Turner Broadcasting System in 1996, not only reacquiring the rights to the pre-August 1948 color Looney Tunes and Merrie Melodies (plus all the B&W Merrie Melodiesexcept Lady, Play Your Mandolin! and the post-Harman/Ising B&W entries, which WB had held on to since 1967 after merging with Seven Arts Productions, which had owned that cartoon and the B&W Looney Tunes) but also taking on two more animation studios: Turner Feature Animation and Hanna-Barbera Cartoons. Turner Feature was immediately folded into Warner Bros. Feature Animation, while Hanna-Barbera merged with Warner Bros. Animation itself. With the death of William Hanna in 2001, Warner fully took over production of H-B related properties such as Scooby-Doo, producing a steady stream of Scooby direct-to-video films (beginning with Scooby-Doo on Zombie Island) and two new series, What's New, Scooby-Doo? (2002–2005) and Shaggy & Scooby-Doo Get a Clue! (2006–2008). The Turner merger also gave WB access to the pre-1986 Metro-Goldwyn-Mayer library, which included its classic cartoon library (including such characters as Tom and Jerry, Droopy, Barney Bear, and Screwy Squirrel). WBA has since co-produced a few direct-to-video films with Turner which starred Tom and Jerry. Besides producing content for the daytime market, Warner Bros. Animation also produced Baby Blues with sister company Warner Bros. Television and 3 South with MTV Animation for primetime.

The series which Hanna-Barbera had been producing for Turner's Cartoon Network before and during the Time Warner/Turner merger were shifted to production at Cartoon Network Studios, a sister company to Warner Bros. Animation. Warner Bros. Animation is today exclusively involved in the production of animated television programming and direct-to-video features. It produced many of the shows airing on the Kids' WB Saturday morning programming block of The CW until May 24, 2008. These programs included Shaggy & Scooby-Doo Get a Clue!, Krypto the Superdog, Xiaolin Showdown, The Batman, and the aforementioned Loonatics Unleashed and Tom and Jerry Tales. By 2007, the studio had downsized significantly from its size during the late 1990s. Warner Bros. downsized the studio further in June, shut down the Sherman Oaks studio, and had Warner Bros. Animation moved to the Warner Bros. Ranch in Burbank, California. In early 2008 after the demise of Kids' WB!, Warner Bros. Animation became almost dormant with only Batman: The Brave and the Bold in production at the time.