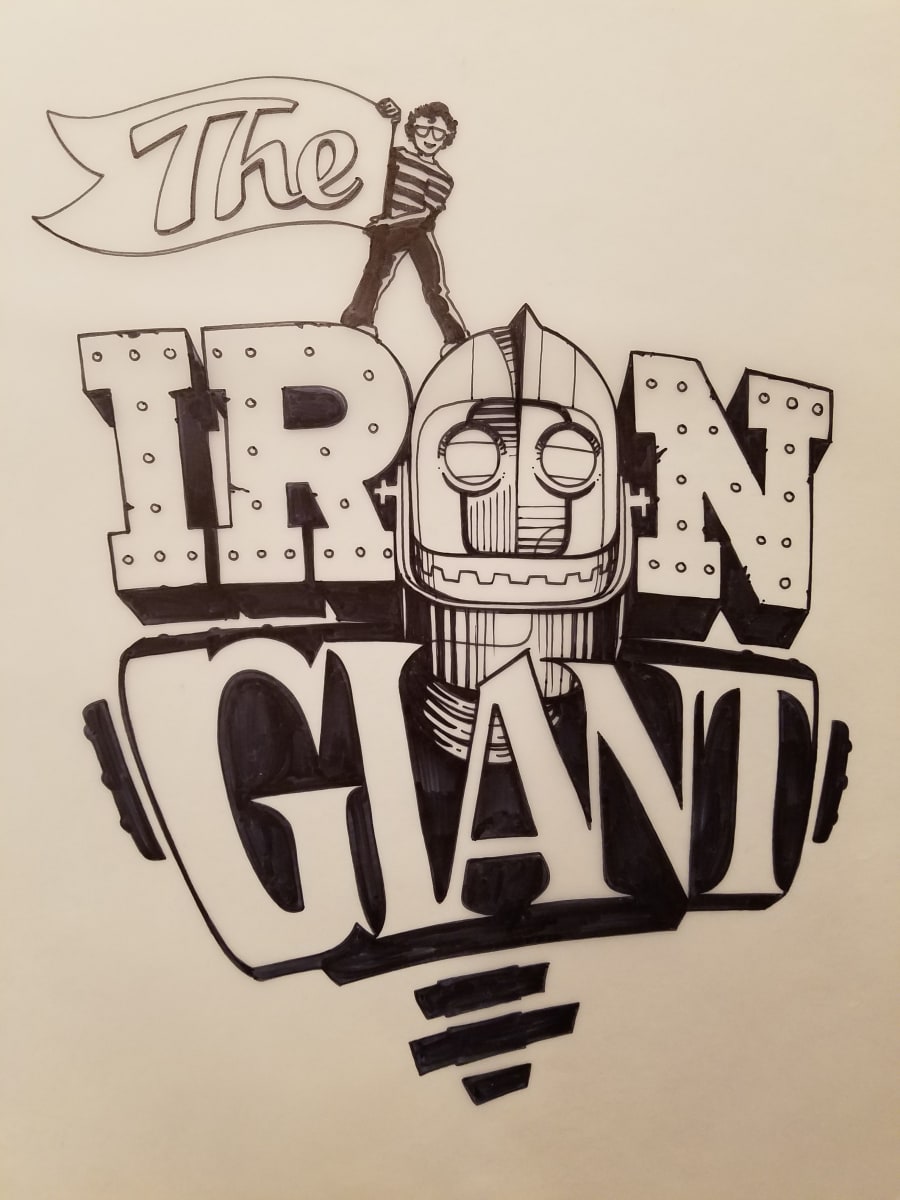 The Iron Giant is a 1999 American animated science fiction action film produced by Warner Bros. Feature Animation and directed by Brad Bird in his directorial debut. It is based on the 1968 novel The Iron Man by Ted Hughes (which was published in the United States as The Iron Giant) and was scripted by Tim McCanlies from a story treatment by Bird. The film stars the voices of Vin Diesel (voicing the titular character), Eli Marienthal, Jennifer Aniston, Harry Connick Jr., Christopher McDonald and John Mahoney. Set during the Cold War in 1957, the film centers on a young boy named Hogarth Hughes, who discovers and befriends a gigantic metallic robot who fell from outer space. With the help of a beatnik artist named Dean McCoppin, Hogarth attempts to prevent the U.S. military and Kent Mansley, a paranoid federal agent, from finding and destroying the Giant.

The film's development began in 1994 as a musical with the involvement of The Who's Pete Townshend, though the project took root once Bird signed on as director and hired McCanlies to write the screenplay in 1996. The film was animated using traditional animation, with computer-generated imagery used to animate the titular character and other effects. The understaffed crew of the film completed it with half of the time and budget of other animated features. Michael Kamen composed the film's score, which was performed by the Czech Philharmonic.

The Iron Giant premiered at Mann's Chinese Theater in Los Angeles on July 31, 1999 and was released worldwide on August 6. Upon release, the film significantly under-performed at the box office, grossing $31.3 million worldwide against a production budget of $48 million, which was blamed on Warner Bros.' unusually poor marketing campaign and skepticism towards animated film production following the mixed critical reception and box office failure of Quest for Camelot in the preceding year. Despite this, the film received widespread critical acclaim with praise directed at the story, animation, characters, the portrayal of the title character and the voice performances of Aniston, Connick Jr., Diesel, Mahoney, Marienthal and McDonald. The film was nominated for several awards, winning nine Annie Awards out of 15 nominations. Through home video releases and television syndication, the film gathered a cult following and is widely regarded as a modern animated classic. In 2015, an extended, remastered version of the film was re-released theatrically, which saw a home video release the following year.