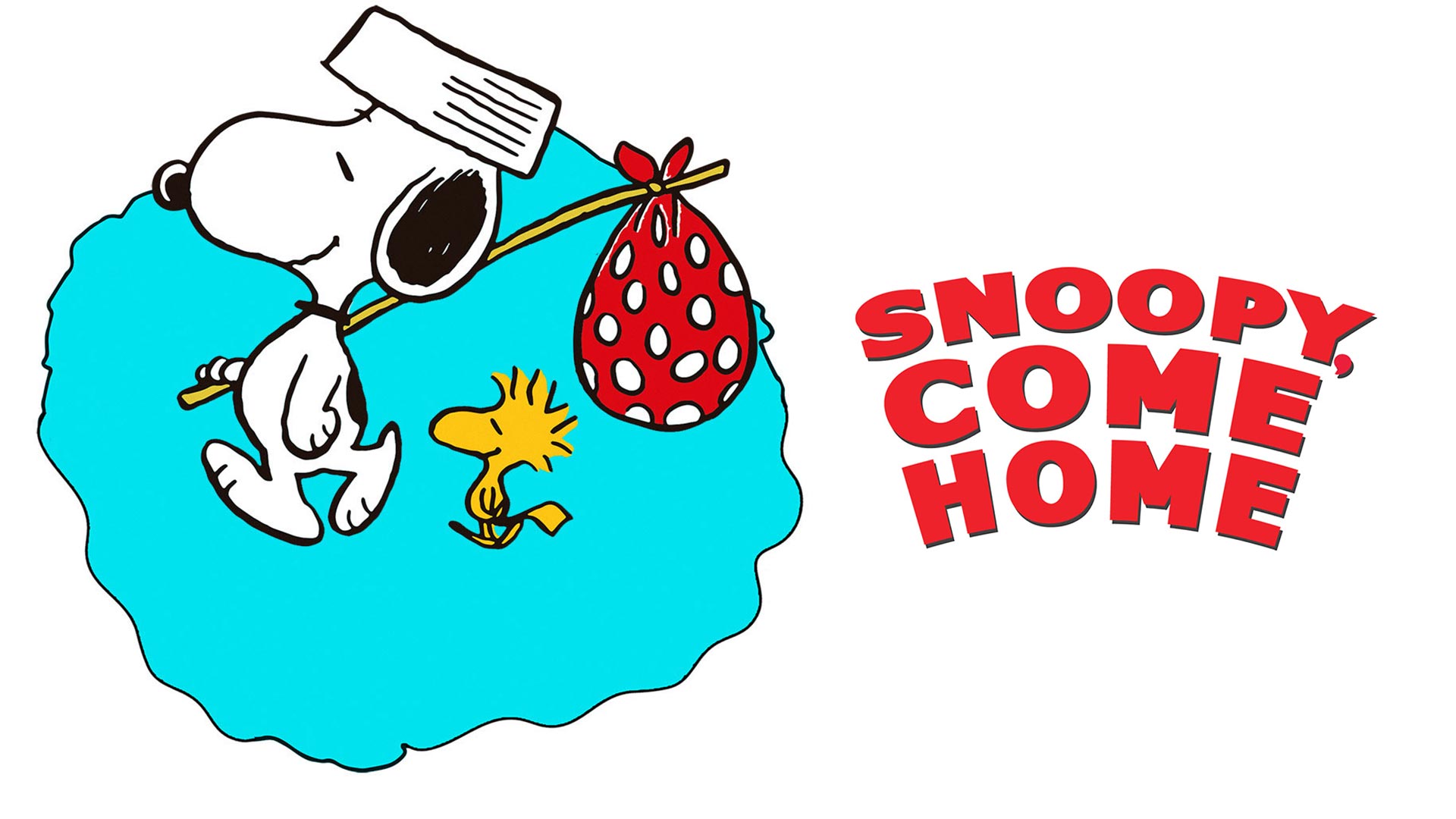 Snoopy Come Home is a 1972 American animated musical comedy-drama film directed by Bill Melendez and written by Charles M. Schulz based on the Peanuts comic strip. The film marks the on-screen debut of Woodstock, who had first appeared in the strip in 1967. It was the only Peanuts film during composer Vince Guaraldi’s lifetime that did not have a score composed by him. Its music was composed by the Sherman Brothers, who composed the music for various Disney films like Mary Poppins (1964), The Jungle Book (1967), and Bedknobs and Broomsticks (1971). The film was released on August 9, 1972 by National General Pictures, produced by Lee Mendelson Films and Cinema Center Films (in the latter's final production). Despite receiving largely positive reviews, the film was a box-office bomb, grossing only $245,073 against a production budget of over $1 million.

Snoopy, Come Home marked the first time Snoopy's thoughts are fully communicated to the audience outside of the comic strip. This was achieved by having his typed correspondences appear at the top of the frame, giving the viewer full access to his thoughts. Previously, Schulz had opted to mute Snoopy entirely, except for inflected squealing and growling. Snoopy's thought balloons, though overt in the strip, are not translated in the animated projects.

Snoopy, Come Home was the only Peanuts animated project produced during Vince Guaraldi's lifetime (1928–76) that did not contain a musical score by the noted jazz composer. Guaraldi had composed all the previous Peanuts animated television specials as well as the debut film A Boy Named Charlie Brown. Music for this film was instead provided by the Sherman Brothers, who had composed some of the music used in various Disney films and theme park attractions. Schulz said this was an experiment, as he had wanted to have more of a commercial "Disney" feel to Snoopy, Come Home. "Everybody felt that the first movie had too much the 'feel' of the TV specials," said producer Lee Mendelson in 2011. "We collectively thought that we needed more of a feature film 'look' and score. That's why we went to the Shermans, who at the time were No. 1 in their field for such things."

Schulz later said he had planned on utilizing Guaraldi's services for the third Peanuts feature, Race for Your Life, Charlie Brown, had the composer not died suddenly in February 1976. A soundtrack was released by Columbia Masterworks, but is now out of print.

As of September 2020, the film had a 93% rating on review aggregate website Rotten Tomatoes, based on 14 reviews with an average score of 7.70/10. The New York Times said: "This sprightly, clever and hilarious treat—all that a comic strip could be on the screen—is even better than A Boy Named Charlie Brown, which began the series."