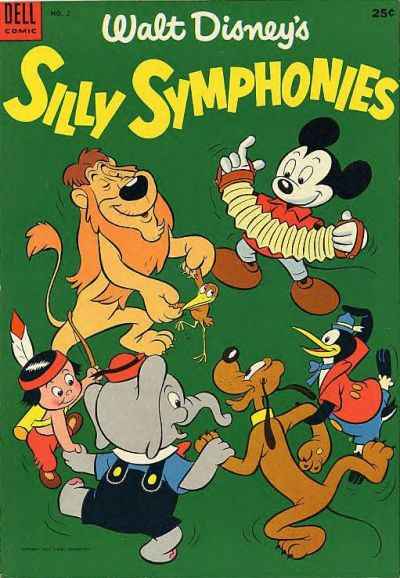 Within the animation industry, the Silly Symphonies series is most noted for its use by Walt Disney as a platform for experimenting with processes, techniques, characters, and stories in order to further the art of animation. It also provided a venue to try out techniques and technologies that would be crucial to Disney's plans to eventually begin doing feature length animated films. Among the innovations developed and/or improved upon in the series are Technicolor filmmaking, true and believable character animation, special effects animation, and dramatic storytelling in animation. Disney's experiments were widely praised within the film industry, and the Silly Symphonies won seven Academy Awards for Best Short Subject (Cartoons), maintaining a six-year-hold on the category after it was first introduced. This record was matched only by MGM's Tom and Jerry series during the 1940s and 1950s.

The Symphonies also changed the course of Disney Studio history when Walt's plans to direct his first feature cartoon became problematic after his warm-up to the task The Golden Touch was widely seen (even by Disney himself) as stiff and slowly paced. This motivated him to embrace his role as being the producer and providing creative oversight (especially of the story) for Snow White while tasking David Hand to handle the actual directing.

Silly Symphonies brought along many imitators, including Warner Bros. cartoon series Looney Tunes and Merrie Melodies, and MGM's Happy Harmonies. The television series Mickey Mouse Works used the Silly Symphonies title for some of its new cartoons, but unlike the original cartoons, these did feature continuing characters. Disney also produced comic strips and comic bookswith this title.