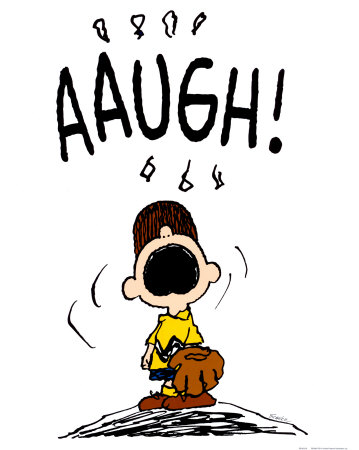 Peanuts is a syndicated daily and Sunday American comic strip created, written and illustrated by Charles M. Schulz, which ran from October 2, 1950 to February 14, 2000, continuing in reruns afterwards. It is arguably the most popular and influential comic strip in history, with 17,897 strips published. At its peak, Peanuts was syndicated in over 2,600 newspapers, with a readership of 355 million in 75 countries, translated into 21 languages. The strip solidified the 4-panel gag strip as the standard for syndicated newspaper comic strips. The success of the strip coupled with its merchandise and spin-off TV specials earned Schulz over $1 billion. The strip is reprinted is still in syndication and reprinted and run in almost every newspaper, marking it as a classic. What made Peanuts unique was the blatant imperfections of its characters, which was unusual as most strips at the time portrayed children is innocent and sweet. Schulz, instead, focused realistic qualities of children, coupled with the dark comedy of the world of children and the absurdity of the children's actions. Peanuts revolves around the misadventures and antics of Charlie Brown, his circle of friends, his dog Snoopy and Snoopy's little bird friend, Woodstock. Charlie Brown is meek, nervous, lacks confidence. A running gag is Charlie Brown's inability to fly a kite, win a baseball game or kick a football. Each of the other children that Charlie Brown spends his time with have their own foibles as well. For example, Linus van Pelt, argueably Charlie Brown's best friend, is extremely attached to his old baby blanket, becoming extremely agitated if separated from it. Despite being younger than the other children, Linus is surprisingly intelligent, articulate and calm, although he does occasionally act childish. Linus' sister, Lucy, is loud, obnoxious and hyper-critical of others while lenient with herself. A running gag is Lucy holding a football for Charlie Brown to kick, only to pull it away at the last second, resulting in Charlie somehow hurting himself. Snoopy is Charlie Brown's intelligent, quirky and imaginative dog. Originally a conventional dog, Snoopy quickly rose to popularity for his unusual habits, such as sleeping on top of his doghouse rather than inside it (due to claustrophobia), walking upright on two legs, and typing letters, correspondence and even novels on his personal typewriter. One of Snoopy's most popular gags is his imaginative play as a World War I flying ace, using his doghouse as a fighter plane. Snoopy has become one of the most popular and recognizable cartoon characters in the world and is the most popular character in Peanuts. Peanuts was only ever written by Charles M. Schulz. When it became too difficult for Schulz to continue to produce a strip on a daily basis due to his age and health, he announced his retirement in a poignant last comic strip which would be published on February 13, 2000, a day after Charles Schulz passed away. The final daily Peanuts strip was published on January 3, 2000 after which Schultz produced 5 weekly Sunday strips before he died. Melendez was the only person Peanuts creator Charles M. Schulz trusted to turn his popular comic creations into television specials. He and his studio worked on every single television special and direct-to-video film for the Peanuts gang and Melendez directed the majority of them. He even provided the vocal effects for Snoopy and Woodstock in every single production, voice acting the characters in the studio by uttering gibberish, and the voices were mechanically sped up at different speeds to represent the two different characters. According to an article in The New York Times published shortly after his death, Melendez did not intend to do voice acting for the two characters. "Schulz would not countenance the idea of a beagle uttering English dialogue, Mr. Melendez recited gibberish into a tape recorder, sped it up and put the result on the soundtrack.“ He also directed, did the animation for, and provided voice acting in the first four Peanuts theatrical films, A Boy Named Charlie Brown (1969), Snoopy, Come Home (1972), Race for Your Life, Charlie Brown (1977), and Bon Voyage, Charlie Brown (1980), as well as the video games Get Ready for School, Charlie Brown! (1995) and Snoopy's Campfire Stories (1996).[5] The last Peanuts-related production he worked on was He's a Bully, Charlie Brown (2006).
Read More about Peanuts (1950-2000)