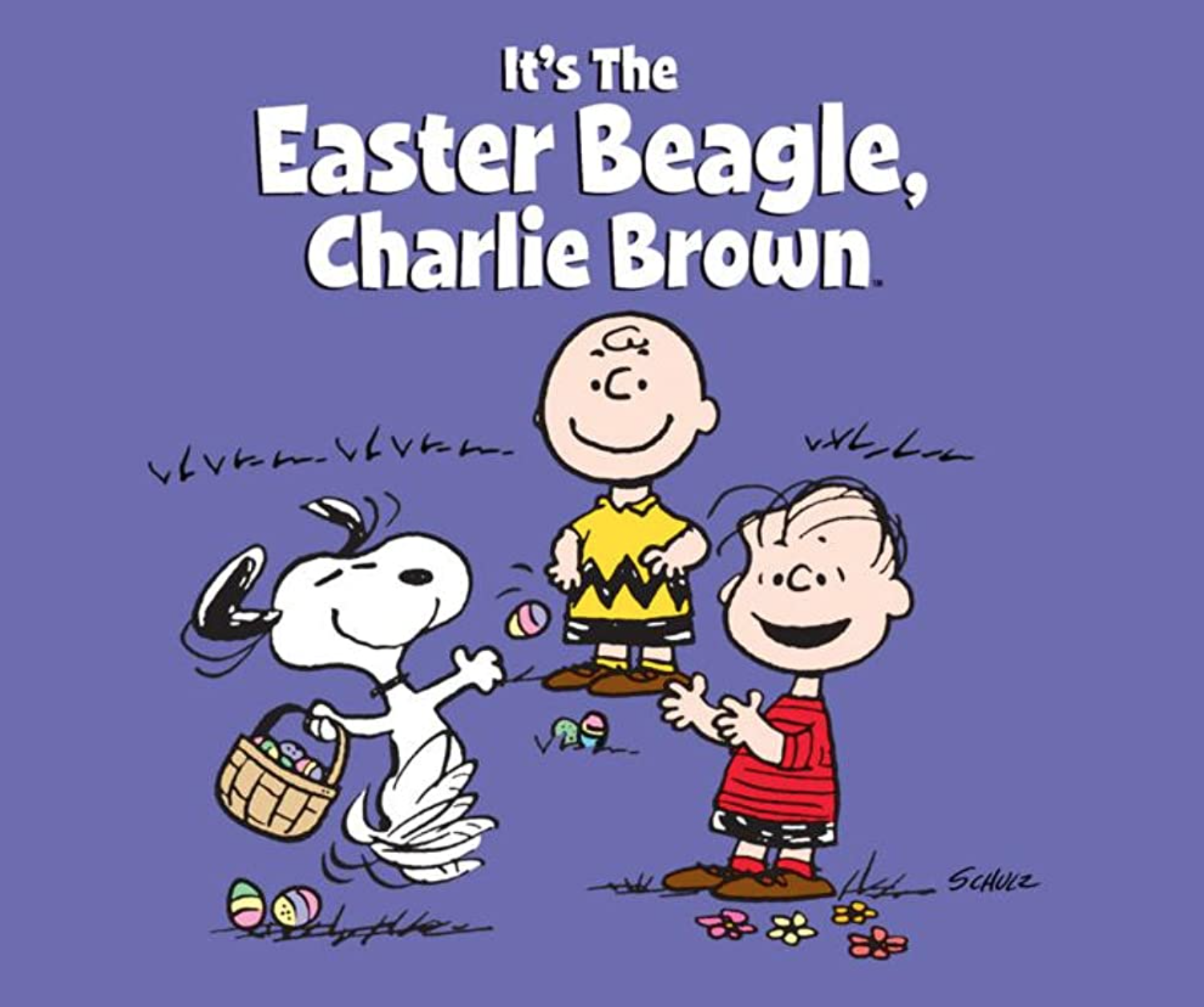 It's the Easter Beagle, Charlie Brown is the 12th prime-time animated TV special based on the comic strip Peanuts by Charles M. Schulz. In the United States, it debuted on CBS on April 9, 1974 at 8 PM. It's the Easter Beagle, Charlie Brown received an Emmy nomination for Outstanding Children's Special at the 27th Primetime Emmy Awards in 1975. It was one of two Peanuts specials nominated that year, along with Be My Valentine, Charlie Brown, but they both lost to Yes, Virginia, there is a Santa Claus (another Bill Melendez production). While most of the Peanuts gang is busy getting ready for Easter, Linus futilely tries to convince them that it is all a waste of time, and that the "Easter Beagle" will take care of everything. Only Charlie Brown's sister, Sally, believes him, although she remains skeptical after their Great Pumpkin misadventure on Halloween. The rest of the story follows the Peanuts gang doing Easter fest things like coloring eggs, hiding eggs, and finding eggs, with Snoopy taking on the role of Easter Beagle and charming the heck out of everyone in the process, as his happy dance is part of his role as the holiday icon. The music score for It's the Easter Beagle, Charlie Brown was composed by Vince Guaraldi (except where noted) and conducted and arranged by John Scott Trotter. The score was recorded by the Vince Guaraldi Quartet on February 12, 20, 26 and March 14, 1974, at Wally Heider Studios, featuring Seward McCain (electric bass), Tom Harrell (trumpet) and Eliot Zigmund (drums).
Read More about It’s the Easter Beagle, Charlie Brown