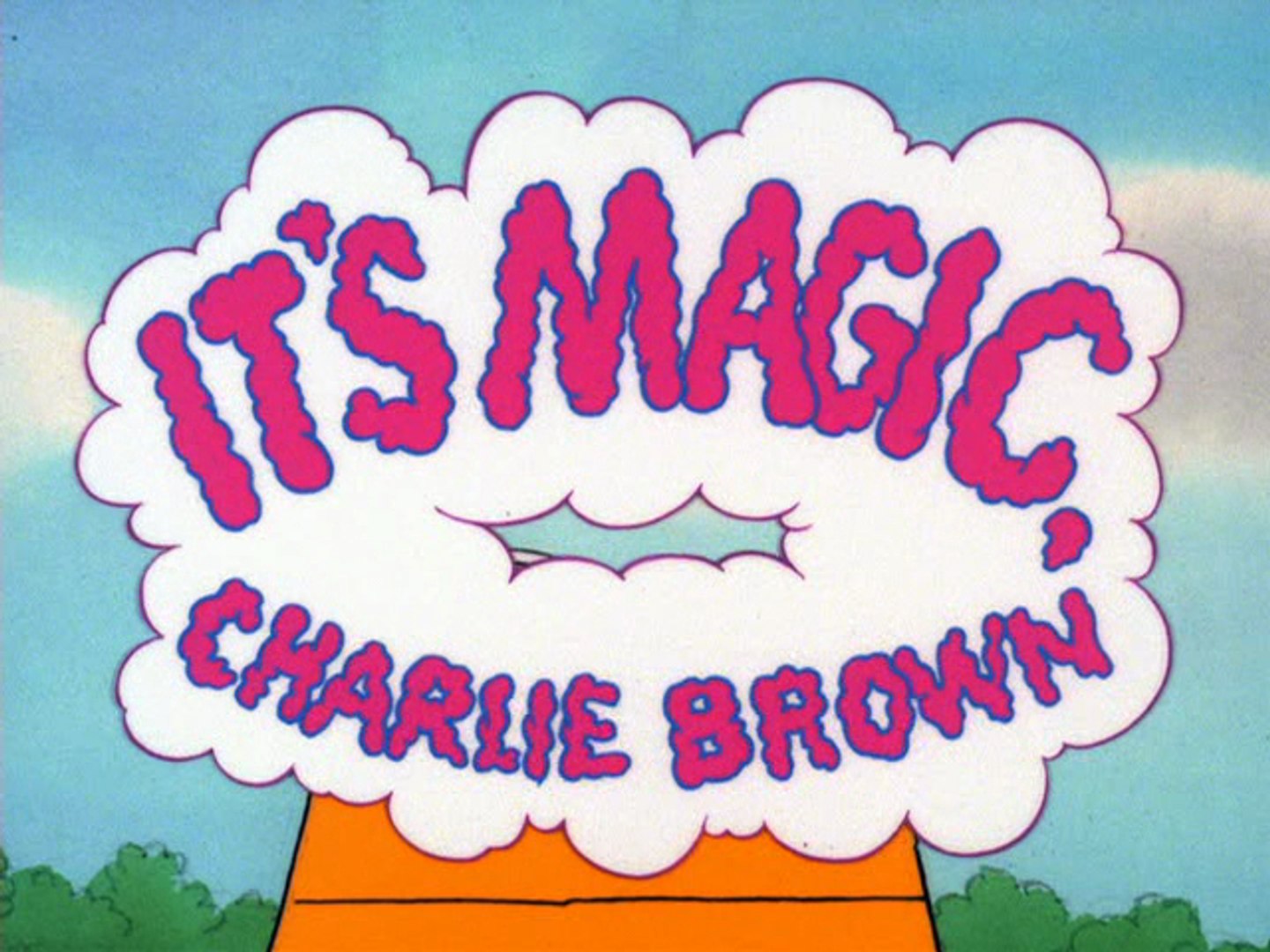 It's Magic, Charlie Brown is the 21st prime-time animated television special based upon the comic strip Peanuts, by Charles M. Schulz. It originally aired on April 28, 1981.

Snoopy takes a book out from the library – on Charlie Brown's card – and the book is about magic tricks, which inspires Snoopy to hold a magic show, taking the stage name "The Great Houndini", using Marcie and Sally as his assistants. In the show, once Snoopy silences a kid heckling his "Woodstock-out-of-the-hat" trick, he does the "stick-in-the-hole" trick to Franklin, the "amputation-decapitation" trick to Peppermint Patty, cutting Linus' trademark security blanket into strips (it's unknown how Linus got it back after that), the "levitation" trick to Lucy Van Pelt, and biggest of all, making Charlie Brown literally disappear.

Unfortunately, a sudden rainstorm ends the show early, and Charlie Brown is left invisible. Convinced he's going to remain that way for the rest of his life, he prepares to "roam the world as a lost soul", and Sally begins moving her stuff into his room. When Snoopy realizes he can't yet reverse the trick, he tries a couple of different ideas to make Charlie Brown somewhat visible again, including draping a sheet over his head, which scares Sally, and causes Charlie Brown to faint when he sees himself in the mirror.

Back at the Brown's house, Snoopy tries working on reversing the invisible trick, but still has trouble with it even after seeing his supper dish floating in mid-air. While Snoopy searches for a counterspell, Charlie Brown realizes he has a golden opportunity to kick Lucy's infamous football without her usual pulling-away prank. Taking advantage of his invisibility, Charlie Brown finally kicks the ball out of Lucy's hand and taunts her about it. Lucy is at a loss to know what is going on as she can only hear Charlie Brown's voice. But when he tries another attempt, Snoopy casts the counterspell to make him visible again just as he runs toward the football, and this time Lucy does her usual prank, with Charlie Brown again landing flat on his back.

Nevertheless, Charlie Brown is happy that he finally kicked the ball at least once, which leads to Lucy saying that nobody will believe him. When Charlie Brown says that Snoopy will believe him, Lucy scoffs at Snoopy's magical abilities. The insulted beagle magically levitates Lucy into the sky, and leaves her stuck there for payback. Snoopy and Charlie Brown happily laugh and dance away to conclude a satisfying day, ignoring Lucy's pleads to let her down.

During the credits Linus eventually pulls Lucy down with his blanket. Lucy, despite being free, is furious about what happened. She blames Linus for the mishap, gives up, and stomps away.

You can currently find it to watch here: https://www.dailymotion.com/video/x4icq0h
Read More about It’s Magic, Charlie Brown