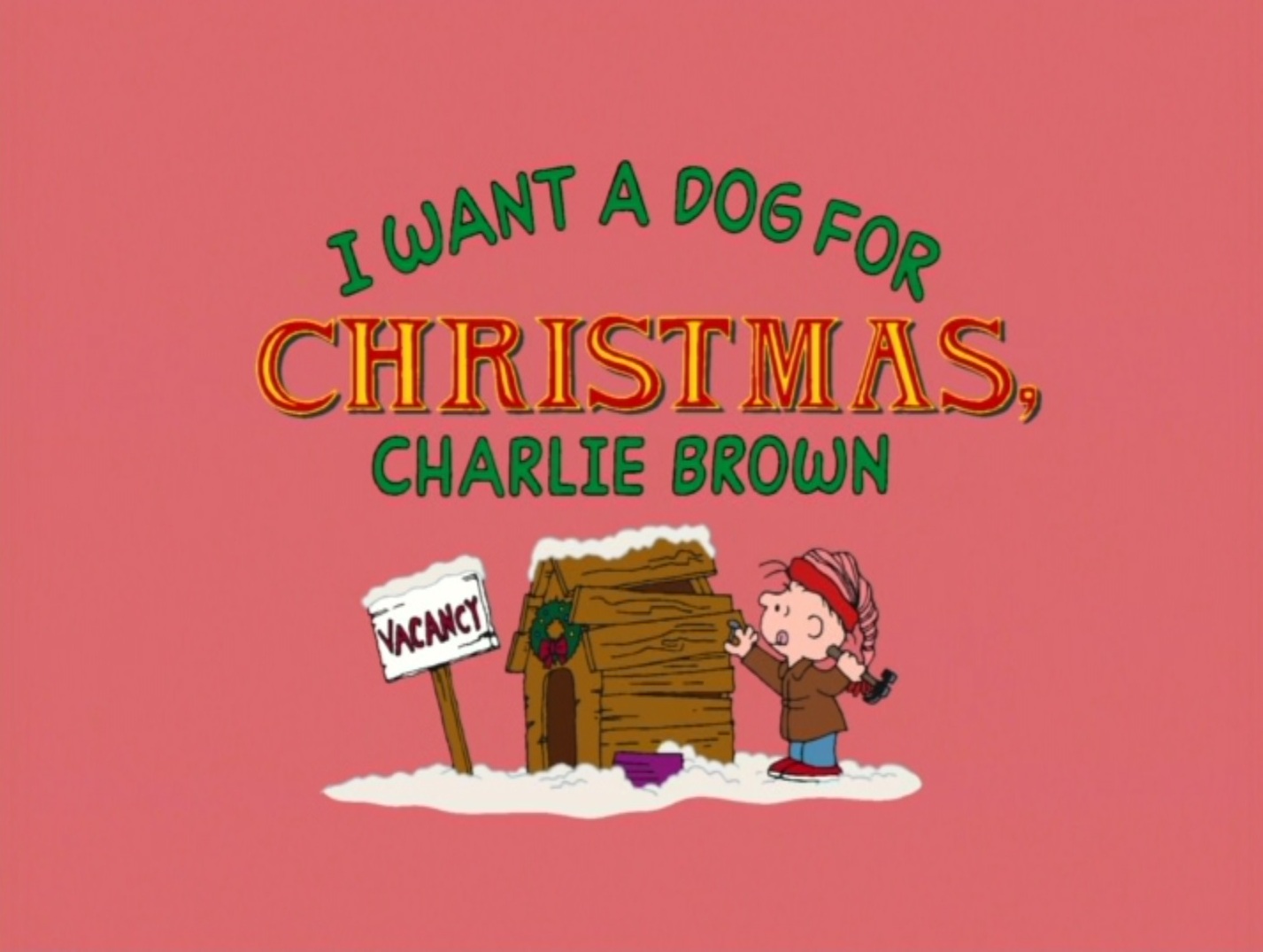 I Want a Dog for Christmas Charlie Brown is the 43rd prime-time animated television special based upon the popular comic strip Peanuts by Charles M. Schulz. The special first aired on ABC on December 9, 2003. The special is about Linus and Lucy's younger brother, Rerun, wanting a pet dog.

It was released to DVD and VHS by Paramount on October 26, 2004, and Warner Home Video released it as a remastered deluxe edition on DVD on October 6, 2009. This special was re-released as part of the box set Snoopy's Holiday Collection on October 1, 2013. The special continued to air on ABC until 2019. As of 2020, the special is not aired on Television.

I Want a Dog For Christmas Charlie Brown Plot:

After unfair treatment by his older siblings Linus and Lucy and getting in trouble at school, Rerun thinks that having a pet dog will cheer him up. He writes a letter to Santa Claus asking for a dog, but is later discouraged by the expensive costs of owning a pet and his mother's objections. Watching Snoopy dance to Schroeder's music, Rerun asks Charlie Brown if Snoopy has any siblings, and Charlie Brown shows him pictures of Snoopy's brothers and sisters. Rerun asks Charlie Brown if he can play with Snoopy sometime.

Rerun has fun playing with Snoopy, but in the following days, Snoopy is busy and refuses to play. Rerun again searches for a dog, and Lucy argues that Rerun would not know how to take care of a dog if he got one. Rerun learns by watching Snoopy, who gets a letter from his brother Spike, who lives in the desert. Rerun wants Spike as a pet and has Snoopy write him a letter.

After Spike visits, Rerun has fun with him, but his mother does not allow Spike to stay. Charlie Brown tries to get Spike re-adopted, but fails and has to send him back to the desert. Noticing that Rerun is upset over Spike leaving, Lucy signs him up for a Christmas play, in which he forgets his line. Rerun then asks to play with Snoopy, who wants to be pulled on a sled; Rerun comments, "Maybe a dog is too much trouble."

This special is the second time Snoopy's brothers Marbles, Olaf, and Andy appear in a Peanuts special, the first being 1991's Snoopy's Reunion. His sister Belle is also mentioned but not seen.

The scene in I Want a Dog for Christmas in which Lucy fattens Spike up was previously used in the "Snoopy's Brother Spike" episode of The Charlie Brown and Snoopy Show.