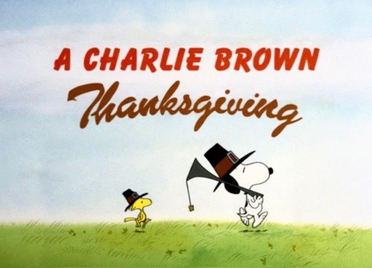 A Charlie Brown Thanksgiving is the tenth prime-time animated television special based upon the popular comic strip Peanuts, by Charles M. Schulz. It was originally aired on the CBS network on November 20, 1973, and won an Emmy Award the following year It was the third holiday special after A Charlie Brown Christmas in 1965 and It's the Great Pumpkin, Charlie Brown in 1966. The special first aired on CBS on November 20, 1973, and continued to air every year on that network (skipping 1982, 1983, and 1988) until November 23, 1989. The Disney Channel and Nickelodeon revived the special for reairing in the 1990s (in the latter channel's case, under the "You're on Nickelodeon, Charlie Brown" umbrella of Peanuts productions) and then, in 2001, it moved, along with the rest of the Peanuts specials, to ABC. In contrast to CBS, ABC aired the special every year through 2019, on various days in the week leading up to Thanksgiving, and it had regularly won its time slot. As the special runs slightly over a half-hour with commercials, ABC typically filled the remaining portion of the full hour with other Peanuts programming. From 2008 to 2019, the remaining time was filled by a slightly abridged edit of "The Mayflower Voyagers," the premiere episode of the 1988 miniseries This Is America, Charlie Brown. Beginning in 2020, the special (along with the rest of the Peanuts library) will exclusively air on Apple TV+; under the terms of the agreement, Apple TV+ must provide a three-day window in November in which the special is available for free. On November 18, 2020 Apple announced they had reached an agreement to air the special on Sunday, November 22, 2020, the Sunday before Thanksgiving, commercial free on PBS and PBS Kids. In accordance with most PBS affiliates' non-commercial educational licenses, the special was presented on PBS without commercial interruption. At the beginning and end, A screen popped up reading "This special broadcast of A Charlie Brown Thanksgiving was made possible by Apple."
Read More about A Charlie Brown Thanksgiving