This vintage 1968 Scooby-Doo Where Are You Layout from A Night of Fright is No Delight by Bob Singer from the Hanna Barbera artist's own collection is a rare find!

It's from about 8:30 minute mark into Season 1 Episode 16 of Scooby-Doo Where are You?, and here's a screencap of the finished background for the scene: 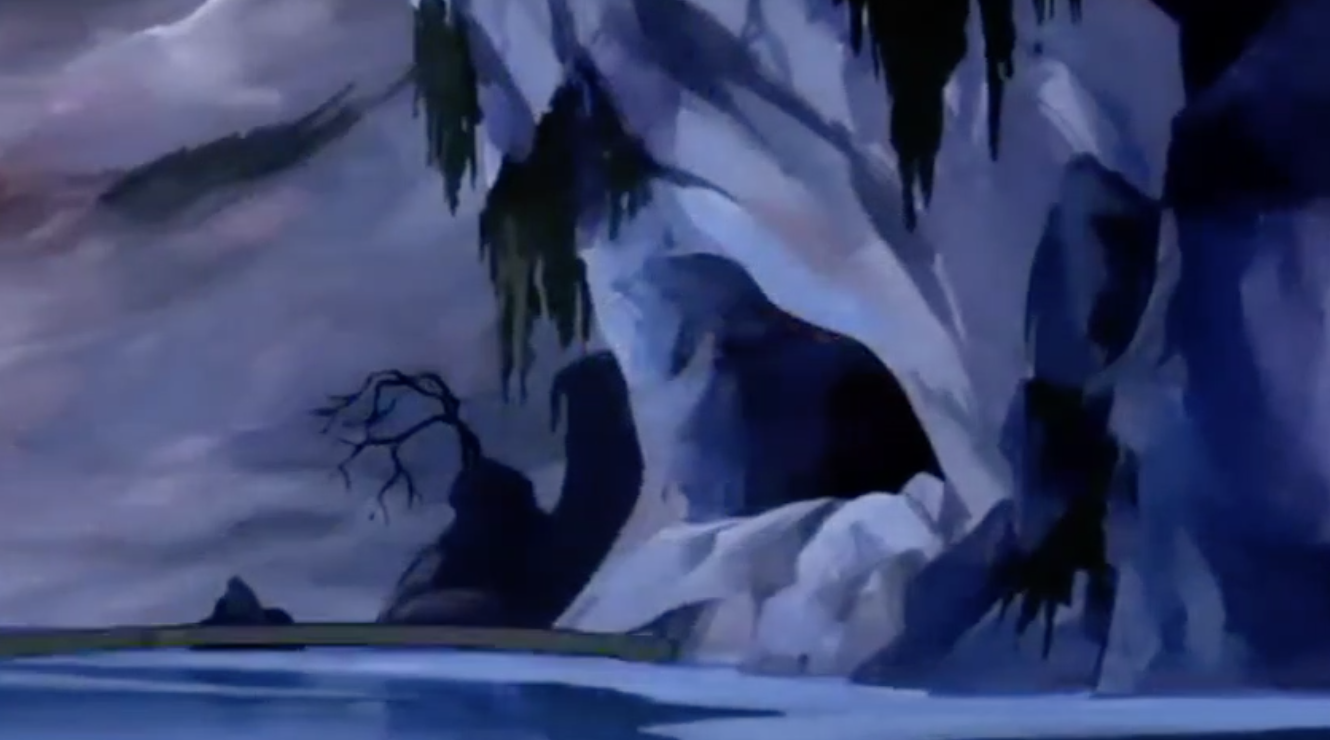 We are thrilled to offer an exclusive collection of original art by the famed leader in the history of animation. So many of those stories and characters you know and love from your childhood, and you might even still watch? He is essential to it all. Now you can have art from him representing your favorites, knowing he was there when it all began. Also what's great about these images, is they work in interior design that is more traditional, as they have a strong aesthetic and fine art look.

Check out my blog on his work and life BY CLICKING HERE.

ArtInsights is purchasing these images directly from the artist, is signed, and comes with a certificate of authenticity.

Bob Singer (born 1928) is an American animation artist, character designer, layout and background artist and storyboard director of animated television programs, most memorably of several Hanna Barbara productions such as Scooby-Doo, The Flintstones,  The Jetsons, Jonny Quest,  Yogi Bear, Droopy, Tom and Jerry, The Smurfs, and The Superfriends cartoons. Bob was born in Santa Barbara and raised in Santa Paula. He attended the Art Center College of Design in Los Angeles and then worked at Carson/Roberts Advertising until 1956. It was then he entered the fledgling Los Angeles television animation industry. During his tenure there, he worked for such companies as Marvel, Hanna Barbara, U.P.A. Pictures, Shamus Culhane and Warner Bros.

At Hanna Barbera, he was the founding creator of their character design department, layout department head, and later became art director of publicity. He also served as a guest lecturer at the University of Southern California, and several local high schools. The Singer/Bandy Group was established in 1988, and for two years he designed coloring books, cassette covers, greeting cards, plush dolls, picture puzzles and illustrated children's books. Bob returned to Hanna Barbara in 1990 as a storyboard director and animation cel art designer.

Bob is a member of the Academy of Motion Picture Arts and Sciences, and has been for over forty five years. He currently enjoys creating animation artwork for galleries and collectors, and designing limited edition prints for Clampett Studio Collections. His personal appearances, lecturing and teaching about storyboarding and animation practices have been well received throughout the continental U.S., Hawaii, England, and Australia. The children's literature Studio Group "Studio 5" holds Bob Singer as their most senior member, and most valuable information and experience source.

He authored the animation storyboard book "How to Draw Animation Storyboards" in 1992.