Great art by John Alvin for the a Pokemon 2000 feature film.  There's very little art of these characters, and what a perfect time for it to surface!  One of the more gorgeous compositions by the famed cinema artist!

Pokémon: The Movie 2000: The Power of One, commonly referred to as Pokémon 2000, originally released in Japan as Pocket Monsters the Movie: Revelation Lugia (劇場版ポケットモンスター 幻のポケモン ルギア爆誕 Gekijōban Poketto Monsutā Maboroshi no Pokemon Rugia Bakutan?, lit. "Mirage Pokémon: Lugia's Explosive Birth"), is a 1999 Japanese anime science fiction action film directed byKunihiko Yuyama as the second Pokémon feature-length film, complementing the Orange Islands saga of the series and featuring several new Pokémon, including Lugia and Slowking. Brock, who temporarily left during the season on which the film is based, makes a cameo appearance trying to protect the Pokémon in Professor Ivy's lab. 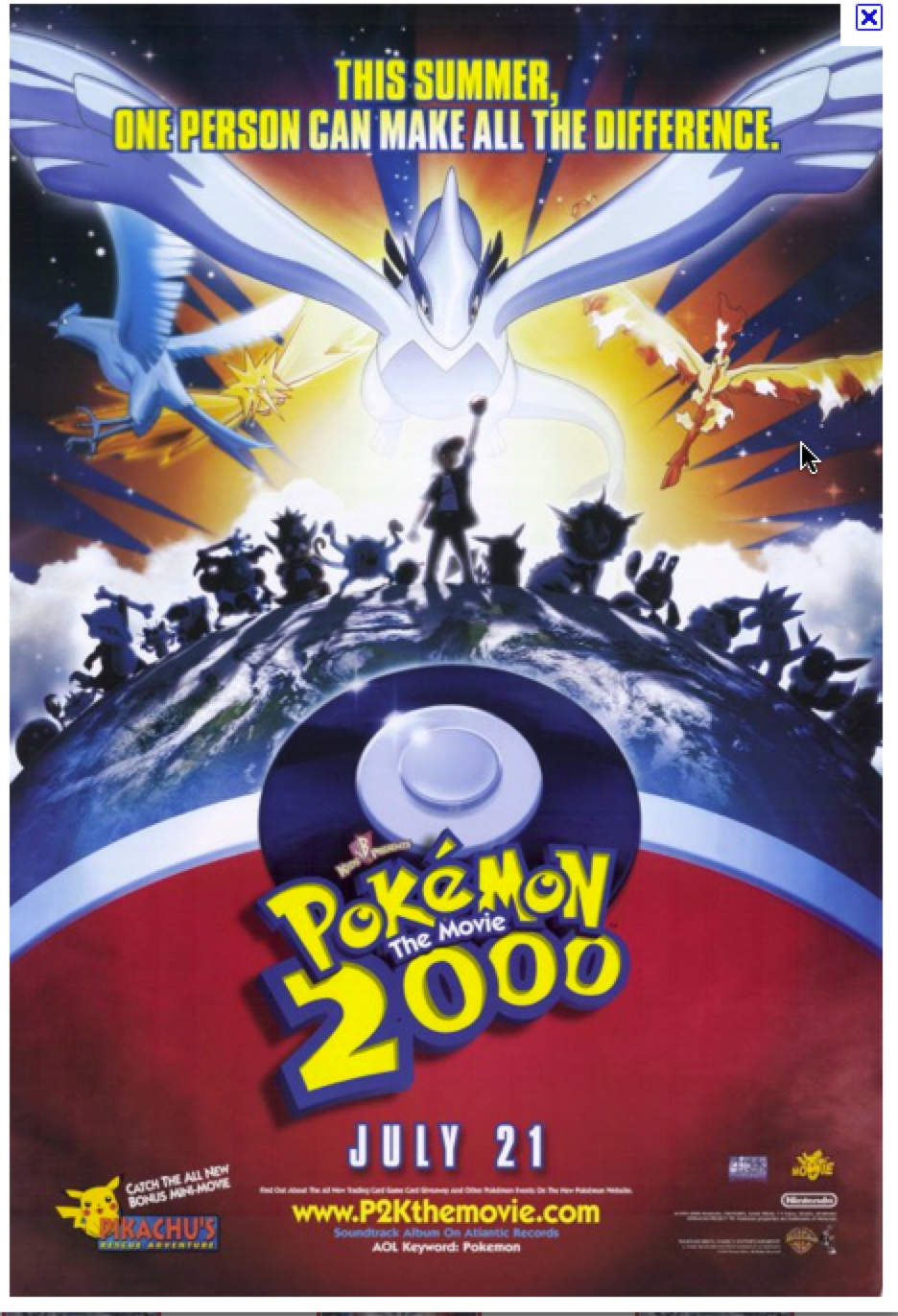 Pokémon: The Movie 2000 has two parts: the feature presentation and a 20-minute preceding short. The film is set during the Orange Islands saga, where Ash, Misty and Tracey enter Shamouti Island. While there, they discover the three legendary Pokémon, Moltres, Zapdos and Articuno. Meanwhile, a collector named Lawrence III attempts to steal the three Pokémon to awaken Lugia, which proves dangerous for the legendary Pokémon, Lugia, and Ash himself.

Pikachu are small, chubby, and incredibly cute mouse-like Pokémon. They are almost completely covered by yellow fur. They have long yellow ears that are tipped with black. A Pikachu's back has two brown stripes, and its large tail is notable for being shaped like a lightning bolt. On its cheeks are two circle-shaped red pouches used for storing electricity. They turn yellow and spark with electricity when its about to use an Electric attacksuch as Thunderbolt. It has also been known to generate small surges of electrical energy in anger or for protection.