This vintage 1980 key setup of Charlie Brown, Linus, Marcie, Peppermint Patty, and Pierre at school from Bon Voyage Charlie Brown is rare indeed, as it includes the original cels, background, a layout, and 3 drawings! For Peanuts lovers, this is truly a piece of cartoon art history!

Here's a picture from a screen cap of the exact moment in the movie, which appears at 48:27 into it. (You can currently watch Bon Voyage, Charlie Brown on Amazon Prime with a subscription.) 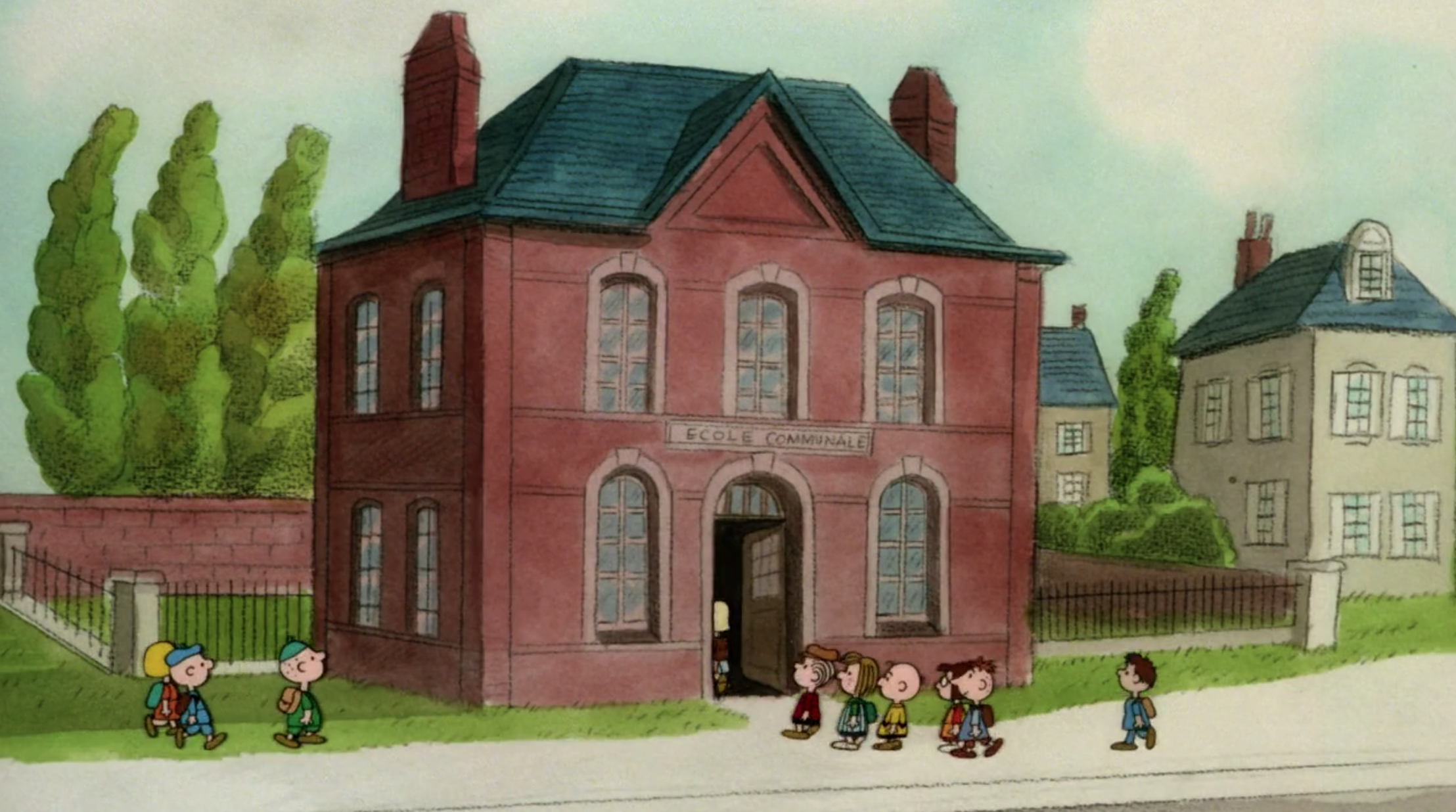 You see it's exactly as it is in the movie. How exciting to be able to have ALL the original art from this moment in the film! I believe this background is by famed "graphic blandishment" artist Dean Spille, but we'll get Larry Leichliter to confirm that.

Bon Voyage, Charlie Brown (and Don't Come Back!!) is a 1980 American animated film produced by United Feature Syndicate and distributed by Paramount Pictures, directed by Bill Melendez and Phil Roman. It was the fourth full-length feature film to be based on the Peanuts comic strip.

Peanuts creator Charles M. Schulz wrote that he came up with the idea for the Peanuts gang travel story while visiting the Château Malvoisin, where he was stationed briefly as a soldier during World War II. The castle plays a large role in the film.

José "Bill" Cuauhtémoc Meléndez (November 15, 1916 – September 2, 2008) was a Mexican–American character animator, voice actor, film director and producer known for his cartoons for Walt Disney Productions (working on four Disney films Pinocchio, Fantasia, Dumbo and Bambi), Warner Bros. Cartoons, UPA and the Peanuts series. Melendez provided the voices of Snoopy and Woodstock in the latter as well. In a career spanning over 60 years, he won six Primetime Emmy Awards and was nominated for thirteen more. In addition, he was nominated for an Oscar and five Grammy Awards. The Peanuts television specials, A Charlie Brown Christmas and What Have We Learned, Charlie Brown?, which he directed, were each honored with a Peabody Award.