View cart “Batman and Robin Original Production Cel from Harlequinade Batman the Animated Series” has been added to your cart.

Who doesn't love the wacky Nick cartoon CatDog, which was voiced by two of the greatest voice artists in cartoons!? Now you can get a great production cel from the series, officially sold through Nickelodeon! 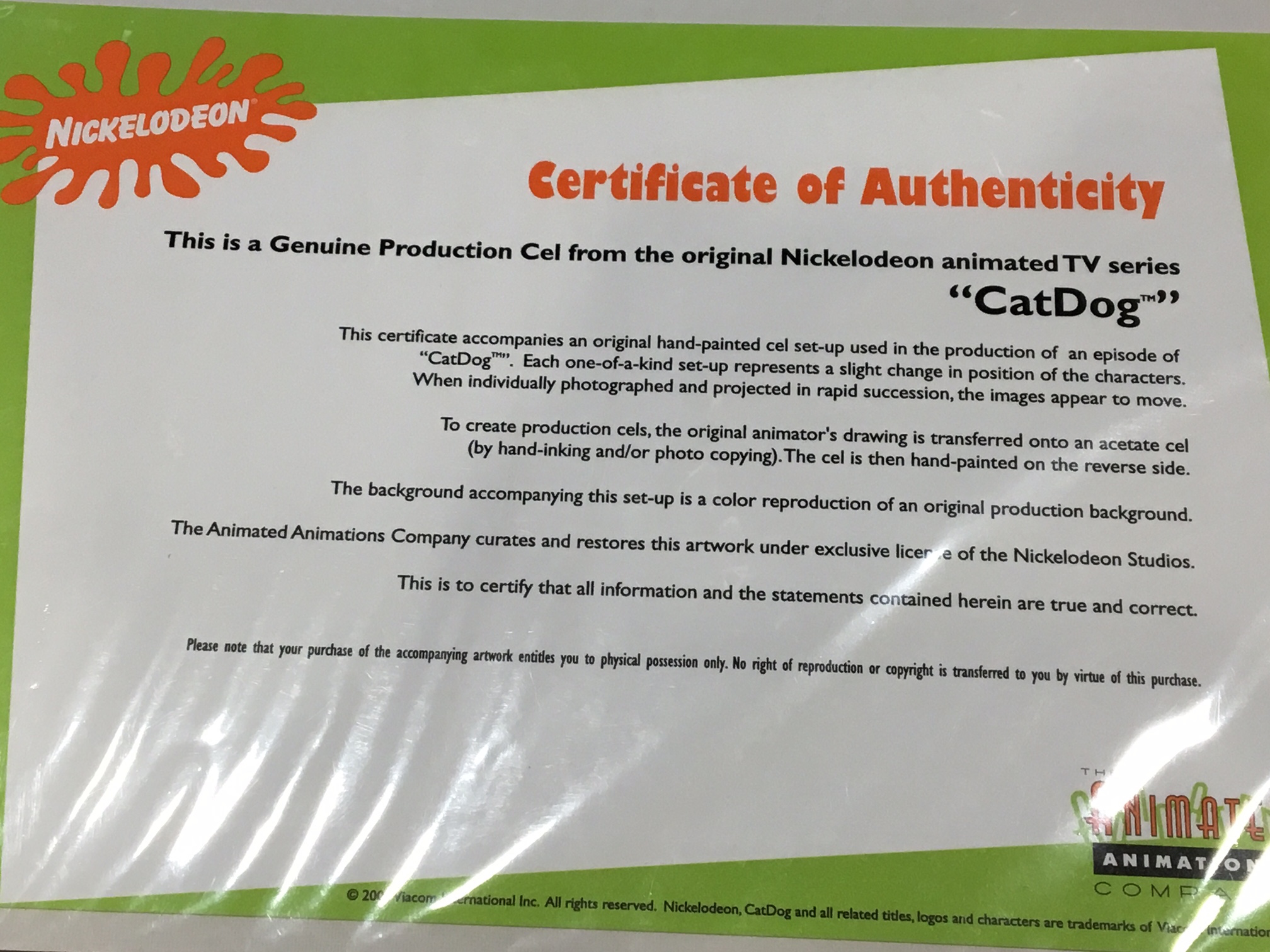 CatDog is an American animated television series created by Peter Hannan for Nickelodeon. The series depicts the life of conjoined brothers, with one half being a cat and the other a dog. Nickelodeon produced the series from Burbank, California.[1] The first episode aired on April 4, 1998 (following the Nickelodeon Kids' Choice Awards), before the show officially premiered in October that year. The Season 2 episode "Fetch" was also shown in theaters with The Rugrats Movie before airing on TV.

The series aired on Nickelodeon from October 5, 1998 to June 15, 2005 for four seasons and 68 episodes. The series was produced by Nickelodeon Animation Studio and Peter Hannan Productions and has been released on DVD.

The series revolves around Cat and Dog a conjoined twin hybrid of a cat and a dog who share the same body with no tail or hind legs and although they are best friends and brothers, they have very different personalities, similar to The Odd Couple mixed with elements of Laurel and Hardy, Abbott and Costello and Ren and Stimpy. Cat is very cultured while Dog is very fun-loving and enjoys chasing garbage trucks, chasing cars, and exploring many things in which Cat does not want to take part. Dog enjoys eating at fast food restaurants (such as Taco Depot), whereas Cat does not. The series takes place in Nearburg, a town dominated by anthropomorphic animals and the occasional humanoid.