“SCARS” is a dramatic illustration by Alex Ross that appeared as a pin-up in the comic titled Batman: Black & White.

This striking image gives us a candid look behind the famed Batsuit and reveals a battle-scared Bruce Wayne.

Ross garnered his inspiration for SCARS from a Joe Stanton drawing and a story about a future version of Batman marrying Catwoman. During one point in the story there is a scene where Batman is out of costume and Catwoman gasp as she sees his back and all the scars.

YAY.. the super awesome art director and editor Mark Chiarello aided by the equally awesome Mike Carlin have a lot to do with the success of Batman Black and White, and indeed its very existence. Alex Ross is one of the artists they hired to do pin-up renditions for the book, Neal Adams and Moebius also created images.  In 1997, it won the Eisner Award for Best Anthology.

THIS IS A LIMITED EDITION GICLEE ON CANVAS

here is the full image: 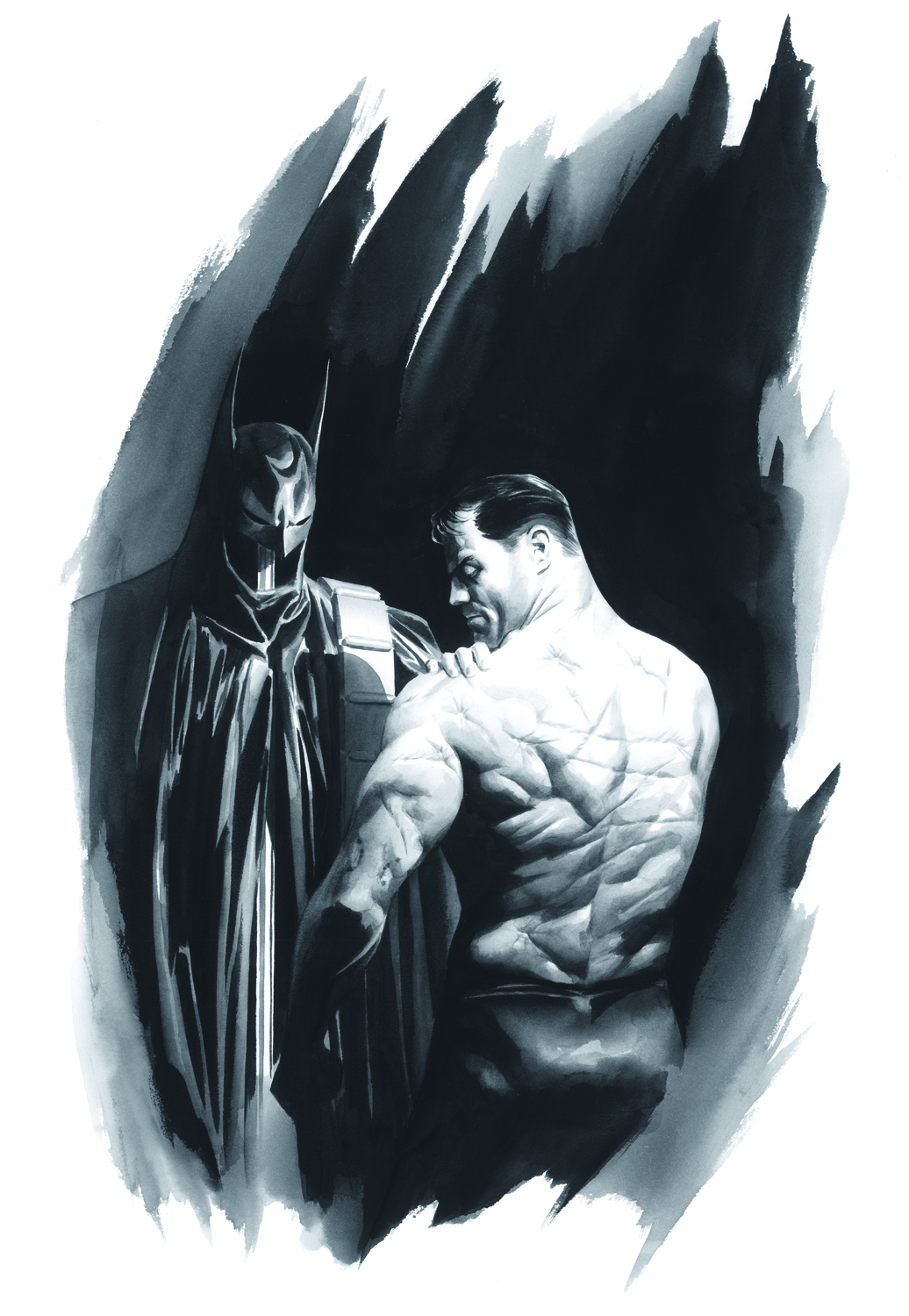 This Scars limited edition comes unframed and rolled, signed by Alex Ross and with a certificate of authenticity.

Scars was released the first day of San Diego Comic-Con!