Jim Salvati, who i’ve known for over 20 years, is without question one of the most talented artists I’ve ever met. While he’s aware he has a unique eye, and is often very proud about and happy with his work, he’s also very humble about just how rare a talent he is. In fact, he told me when his wife asks him what he’s working on next, he always says “Just making another pizza”.

He has now turned his focus and considerable artistic insight towards our new partnership called “The Image Projects”, starting with “The Musician’s Image”.

So far, all the art he has created has been commissioned, because we want a limited number of images of the same person or group, and lots of collectors are excited about it and want to “adopt” their favorites.  Jimi Hendrix, Stevie Ray Vaughan, Queen, Green Day, and Morrissey are just a few either finished or in his queue. 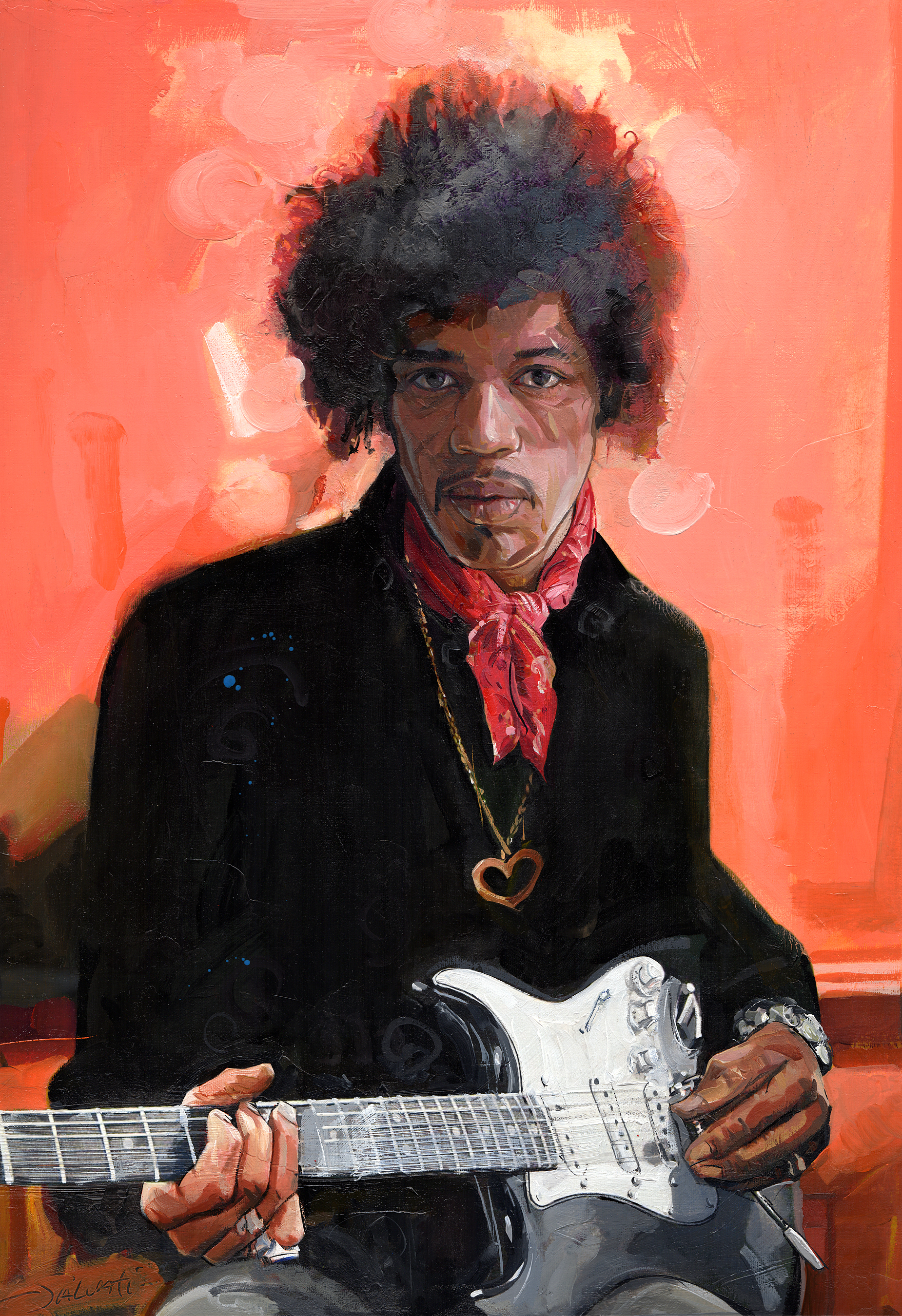 We just got two images he created of Morrissey in the gallery. Sometimes when Jim gets started, he gets so excited about his work after the research and study of a subject, he can’t choose between his many ideas, and that’s when he creates two paintings.  Such is the case for his works of the famed Smiths front man and historic Britpop figure. 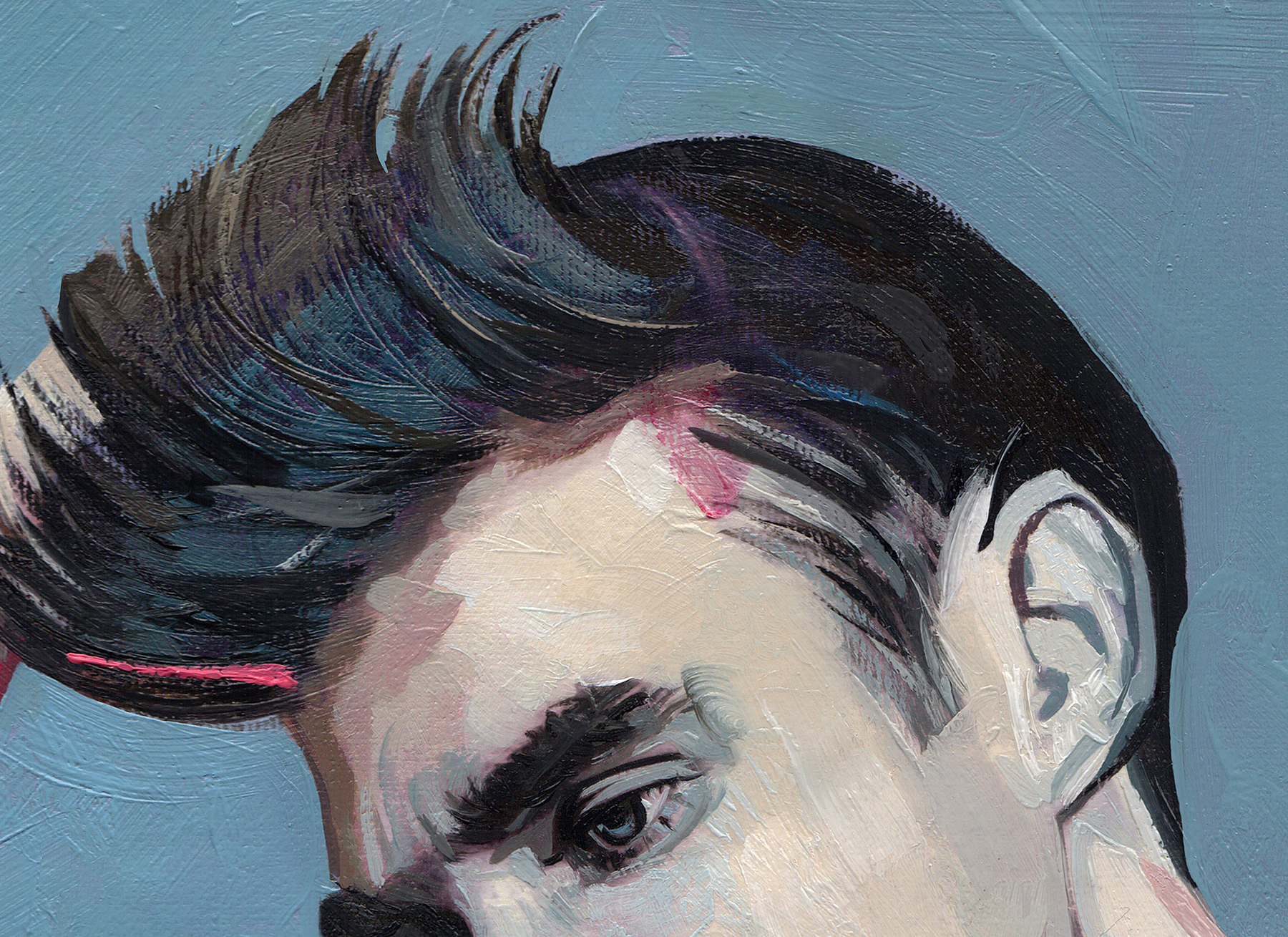 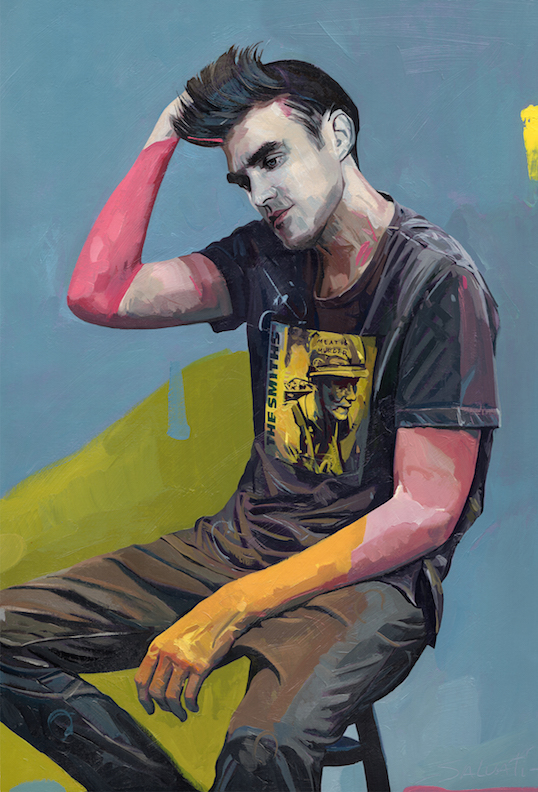 Morrissey “Let Me Kiss You” detail 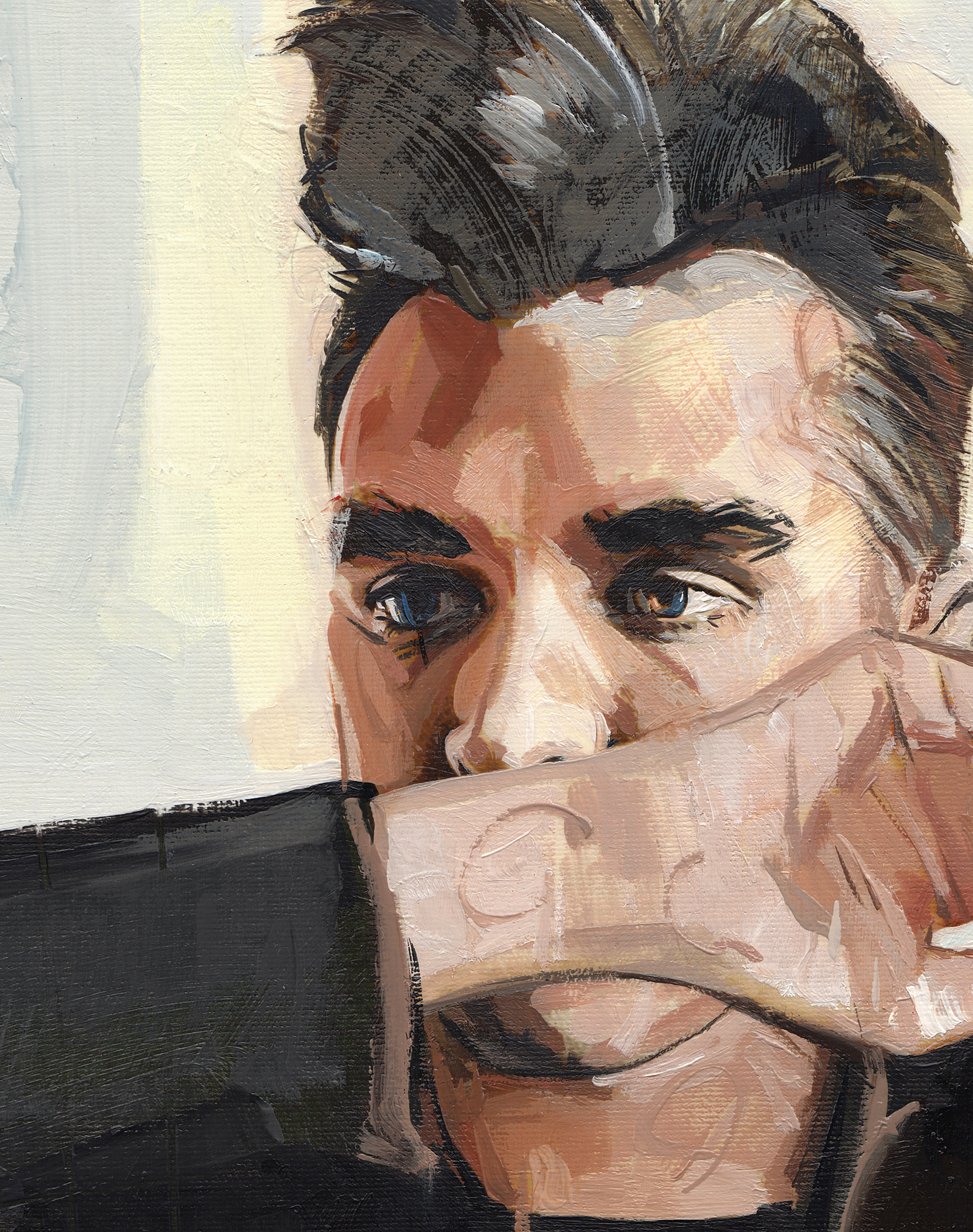 Morrissey  “Let Me Kiss You” I love how these two images capture different times in Morrissey’s career and shifting world view, one is pure musician, in the other, a deeper aspect of him, ever conflicted, is captured.

I’m constantly floored by Jim Salvati’s work.  I sold some of his originals from Harry Potter years ago, and occasionally he has some personal paintings I am able to offer to my clients.  It’s all great, but always shocks me is, even given my high level of expectation, how impressed I am with the finished commissions when they arrive.  He has this way of not showing me any images beyond the concept stage so I become as excited and curious as my clients are. He never disappoints! I’m going to steal a word Jim uses when he’s talking about great images. His art is always “juicy”.

I love that after knowing Jim for over 15 years, he finally mentioned he had worked with the west coast studio Andy Warhol opened in Los Angeles. He worked there early in his career, the year before Andy’s passing.  That’s the way Jim’s life has been.  He’s always got some really cool project, so he rarely looks to the past behind him. He once did a collaboration piece with Herb Ritts for a book and the Rock and Roll Hall of Fame exhibition.  He has created album and CD cover art for Radiohead, Ella Fitzgerald, Jackson Brown, Peter Tosh, Curtis Mayfield, The Hollies, and most recently, Frankie Valli. Jim became a licensed official Disney and Warner Bros. interpretive artist, worked on concept art for Harry Potter, Happy Feet, and a bunch of other movies. He still surfs most days (even though he’s not an unbreakable twenty-something) and teaches at the prestigious Art Center College of Design, which he has done since 1985 when he was hired by the legendary artist Phil Hays, who also introduced him to Andy Warhol.

No doubt i’ll find out some other fascinating tidbits as I continue working and spending time with him, but really how much more would anyone to read about him to be very impressed, and not a little exhausted by proxy?

I remember when I was just starting to consider doing proprietary partnerships with artists I love and trust.  I had begun getting really excited about what Tennessee Loveless was doing with The Art Outsiders, and how well it was being received by collectors and contemporary art experts.  One day I was sitting in my gallery, and Jim, who lives in LA, just walked through the door.  For a few seconds I thought I was hallucinating, but then I realized it was indeed Jim standing there with a big smile on his face.  He was exhibiting across the street at an international portraiture competition, (where he would win a place in the top 5, above thousands of other fine artists) had looked up my gallery’s proximity, (literally about 100 yards away) and stopped by.  It was that day we came up with The Image Projects.

I’m really excited where it’s headed.  If you’re a fan of Jim’s and/or love music, consider adding your name to the commissions list.  You can contact me at the gallery about pricing and payments (artinsights@gmail.com), but I assure you, whatever he does with your beloved favorite bands or musicians will be even better than you can imagine.  I have the art to prove it.