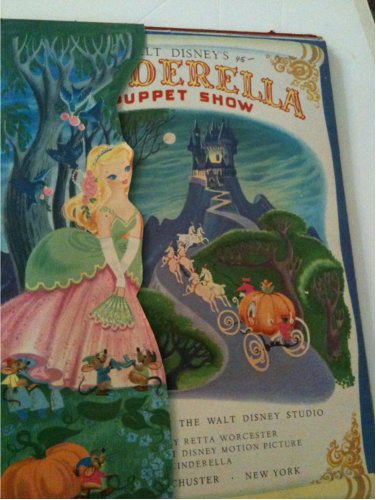 Such a gorgeous collection of art, had to put it up here and show it.  It is impossible for me to get anything cooler or better–but i dare the universe to try!

I got all this art as one collection, and it is all done by Disney Legend, Retta Scott!  (I had the Cinderella storybook as a kid, and it’s pretty much the holy grail of Disney storybooks.  I know that’s inside Disney, who knew this companion book was floating out there just waiting for me to find it and send it to an appreciative home!) HOPE YOU ALL ENJOY THESE.  I love my gallery and I love my JOB! 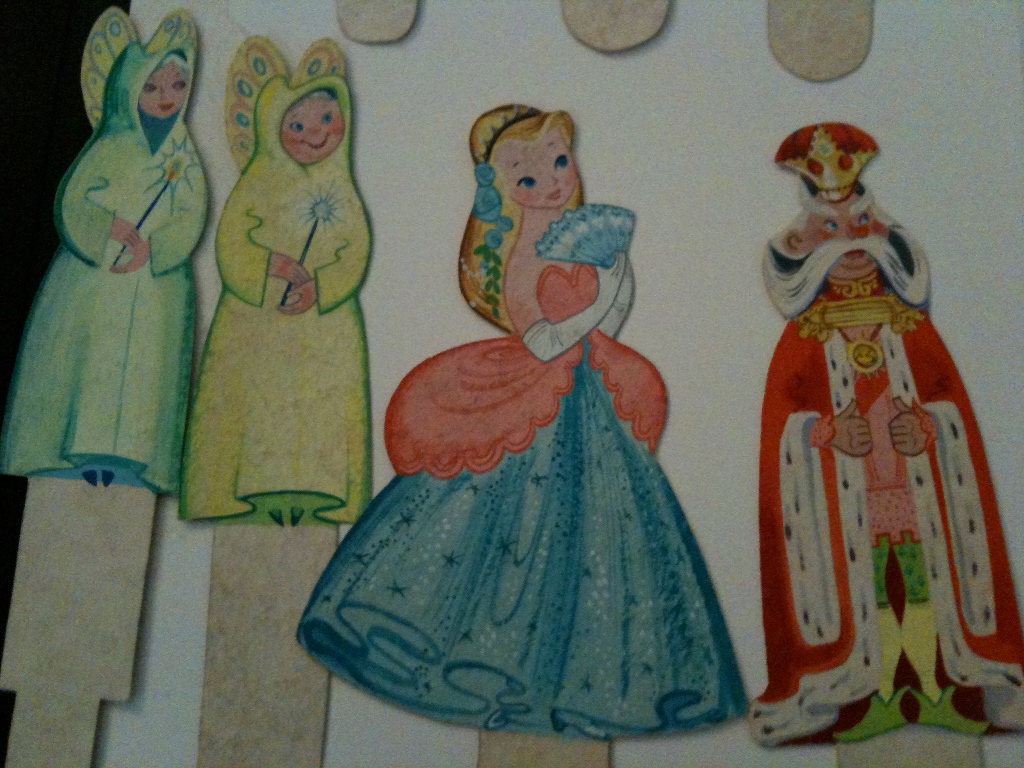 HERE’S SOME INFO ON RETTA, THE ARTIST OF THE COLLECTION…

Retta Scott (23 February 1916 – 26 August 1990) was an American artist. She is notable as the first woman to receive screen credit as an animator at the Walt Disney Animation Studios.

Scott was born in Omak, Washington. She graduated from Roosevelt High School (Seattle, Washington) in 1934. She received an academic scholarship from the Chouinard Art Institute, so she moved to Los Angeles, California. She spent much of her free time sketching wildlife at the nearby Griffith Park zoo. Her ambition was to mold a career in Fine art. 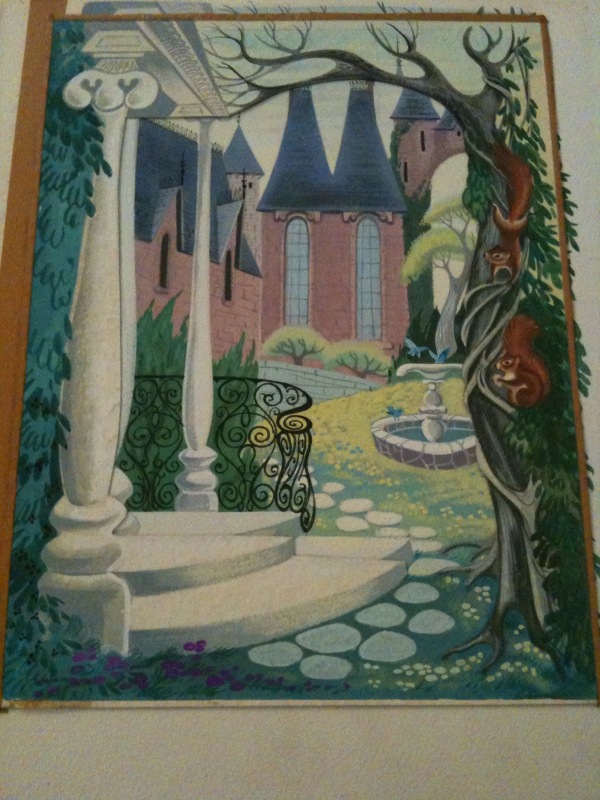 As she readied to complete her Institute training, the Institute’s director encouraged Scott to apply at Disney Studios. She was hired in 1938 and assigned to the Story Department, where the ambitious Bambi project was being developed. Her stunning sketches caught the eye of Disney himself, so when the film went into production she was assigned to animate scenes of hunting dogs chasing Bambi’s mother. This was a significant coup for the young woman, since at the 1930s-era Disney studio, women were considered only for routine tasks: “Ink and paint art was a laborious part of the animation process, and was solely the domain of women.” She worked under the film’s supervising director, David D. Hand, and was tutored by Disney animator Eric Larson. 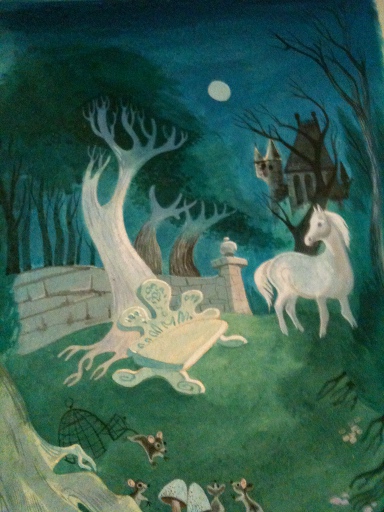 After Bambi, Scott contributed to Disney features Fantasia, Dumbo, and Disney’s version of The Wind in the Willows, which was shelved due to World War II and released in 1949 as part of the film The Adventures of Ichabod and Mr. Toad. In addition, Albert Becattini’s website of animator credits lists her as an animator on the 1942 Donald Duck cartoon releases Donald’s Snow Fight andDonald Gets Drafted, along with an unnamed Goofy short (1945). Retta appears on-screen in the Disney live-action studio tour film The Reluctant Dragon, alongside other Disney animators such as Wolfgang Reitherman in the portion of the film where Robert Benchley tours the Disney Studio’s life-drawing classroom (where the model that day happens to be an elephant). Retta presents Benchley with a caricature of himself as an elephant. She was laid-off from Disney during a periodic studio downsizing in late 1941, (partially as a result of the infamous Disney animators’ strike in the summer of 1941) but was rehired by the Disney Studio in 1942 to work in the Story Department. Retta Scott left Disney in 1946 and moved to the East Coast, where she continued to freelance, illustrating Disney publications such as the Big Golden Book edition of Disney’s Cinderella. She remained active as an illustrator for many years and returned to film animation with The Plague Dogs, directed by Martin Rosen, released in 1982. Around that same time in the early 1980s she also worked for the animation studio founded by Bud Luckey, The Luckey-Zamora Moving Picture Co. in the San Francisco Bay area. That studio later became a part of Colossal Pictures, and Luckey later became part of Pixar. 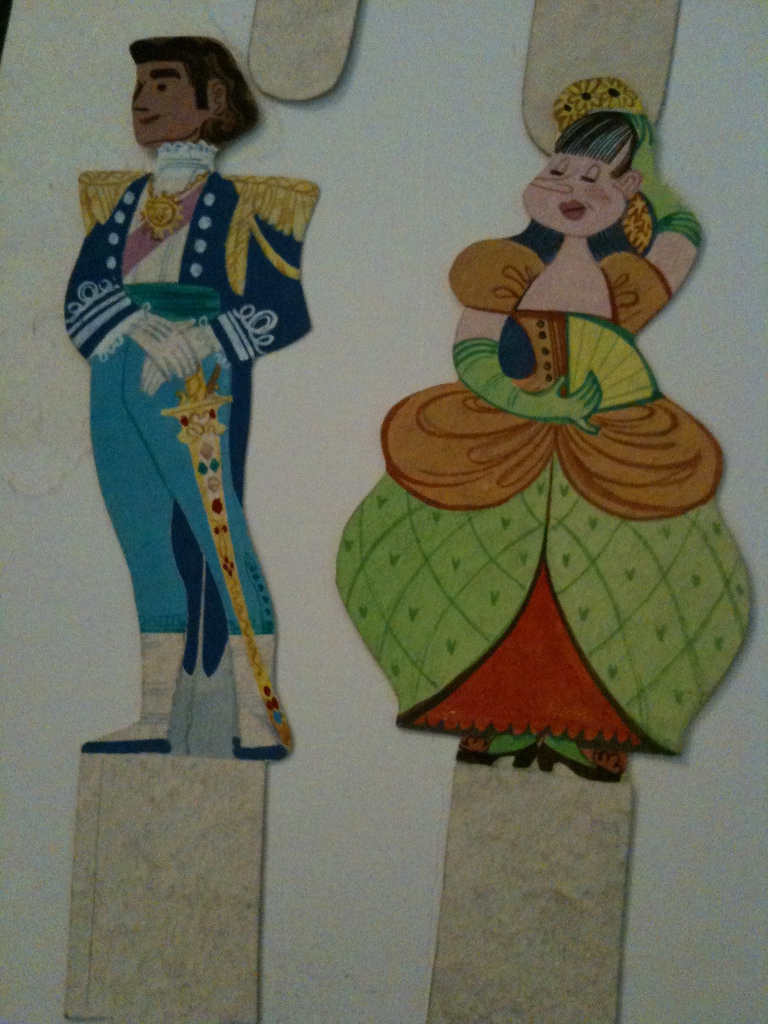 Some writers have occasionally confused Retta Scott with another Disney artist with the first name Retta, Retta Davidson , who worked at Disney from 1939 through 1966. 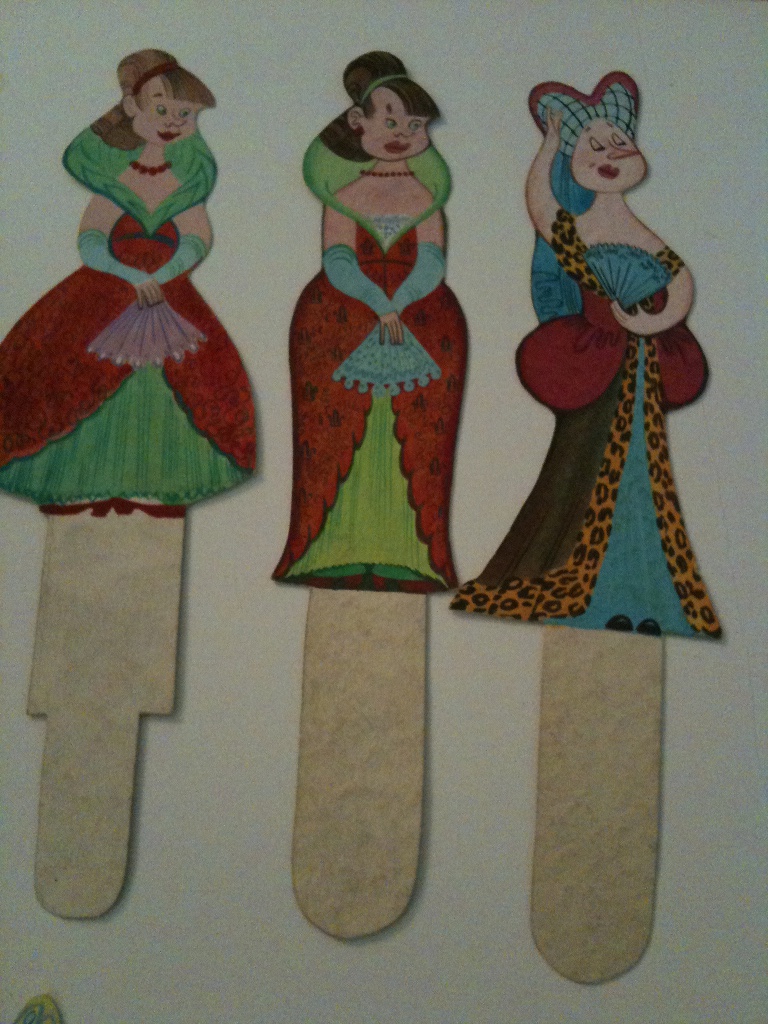 Though Retta Scott’s career at Disney was brief, she left an indelible mark as the Studio’s first woman animator, receiving screen credit on the 1942 classic “Bambi.”

As “Bambi” former supervising animator Frank Thomas recalled, “Retta had an astounding ability to draw powerful animals. She seemed to have a keen understanding of their moods and attitudes.” 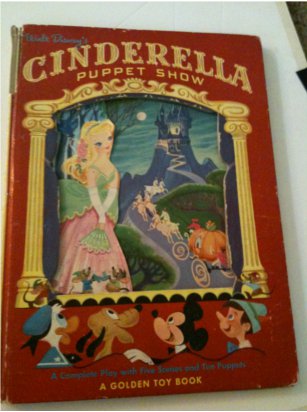 Born in Omak, Washington, on February 23, 1916, Retta graduated from Seattle’s Roosevelt High School in 1934. She moved to Los Angeles to attend Chouinard Art Institute on scholarship and spent much of her free time sketching wildlife at the nearby Griffith Park Zoo.

While her heart was originally set on a fine arts career, the school’s director encouraged Retta to apply at Disney, and in 1938 she joined the Story department working on “Bambi.” Her stunning story sketches and character development caught the attention of Walt Disney and director Dave Hand, so when the film went into production she was assigned to animate scenes featuring hunting dogs chasing Bambi’s mother. 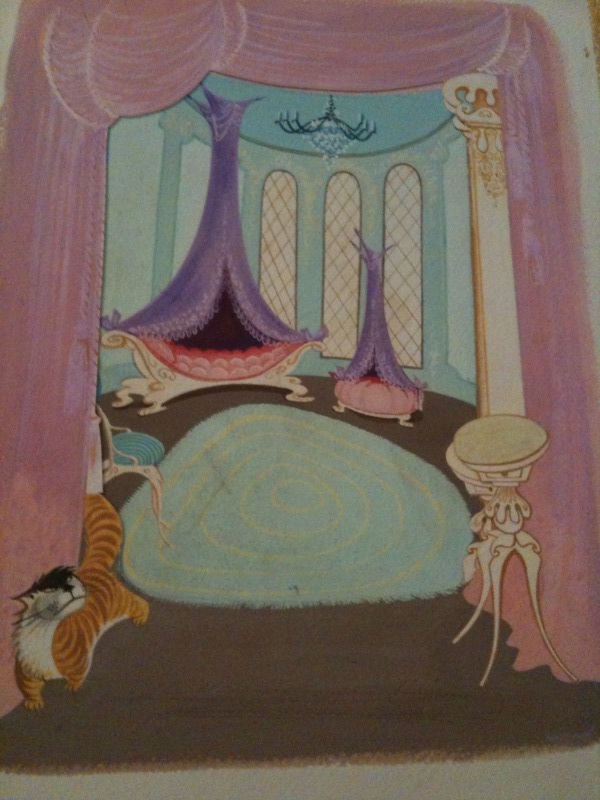 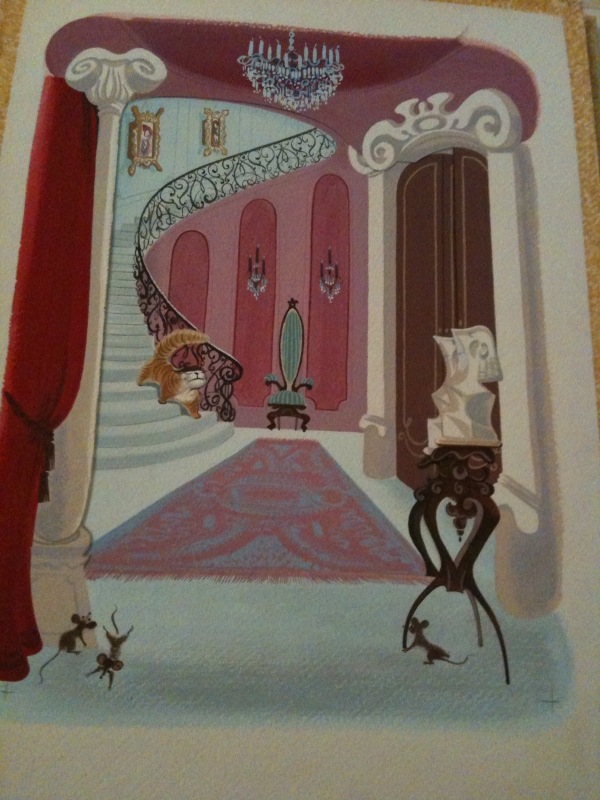 As she recalled, “I developed the hunting dogs into vicious, snarling beasts…running and scrambling, trying to climb the cliff and sliding back ….”

After “Bambi,” Retta worked on “Dumbo,” and the weasels in the Wind in the Willows segment of “The Adventures of Ichabod and Mr. Toad.” In 1941, she appeared in Disney’s feature film “The Reluctant Dragon,” starring Robert Benchley.

Later that year, when the Studio hit a slump, she and other artists were laid off. Retta returned to Disney’s Story department in 1942, when the Studio was producing U.S. military training films during World War II. Four years later, she resigned from Disney to move east with her husband, a U.S. Naval officer. 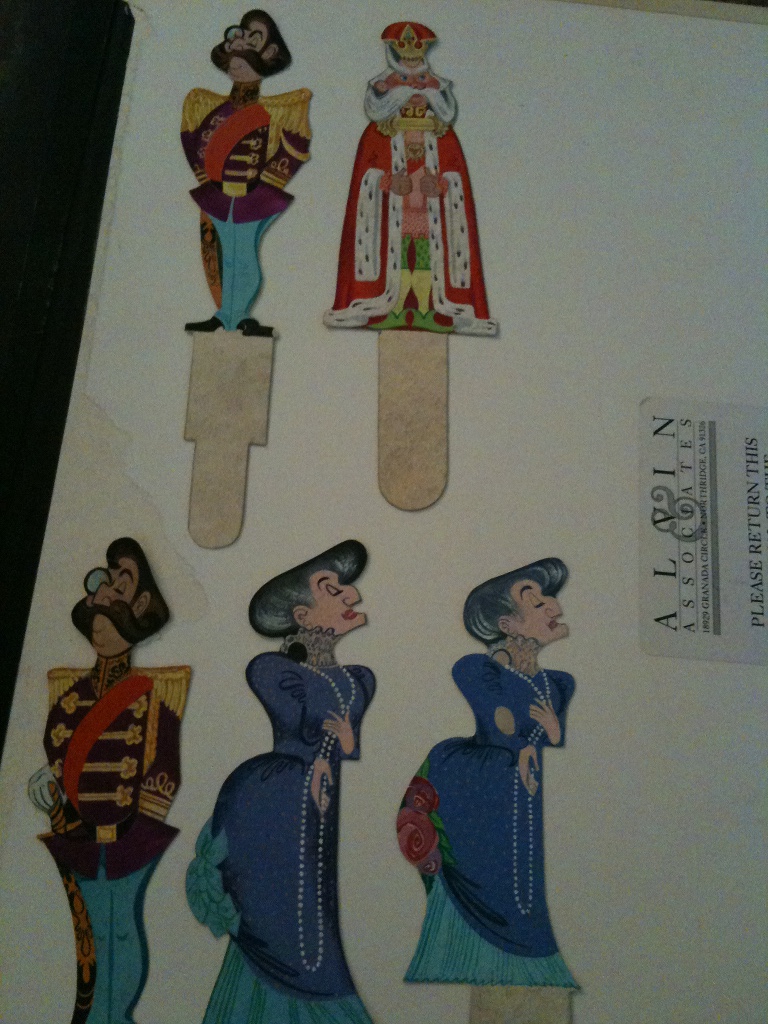 She continued to contribute to Disney as a freelance artist, illustrating “Cinderella” (A Big Golden Book) and “Cinderella Puppet Show,” published in 1950. The cover of the “Cinderella” Golden Book was released by Disney Art Classics in 2000, as a color serigraph with gold enhancements, under the Art of Disney Storybooks line. 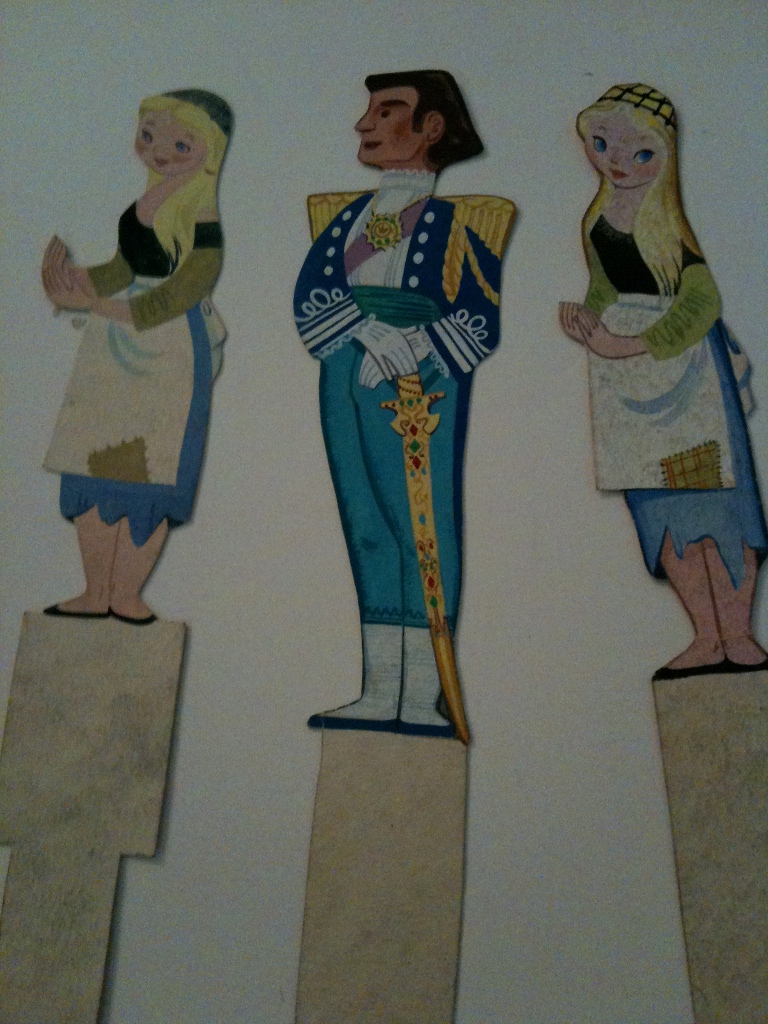 In 1980, Retta worked on The Plague Dogs, a non-Disney animated film directed by Martin Rosen. She also helped animate television commercials produced by Luckey Zamora for such products as Cookie Crisp Cereal.