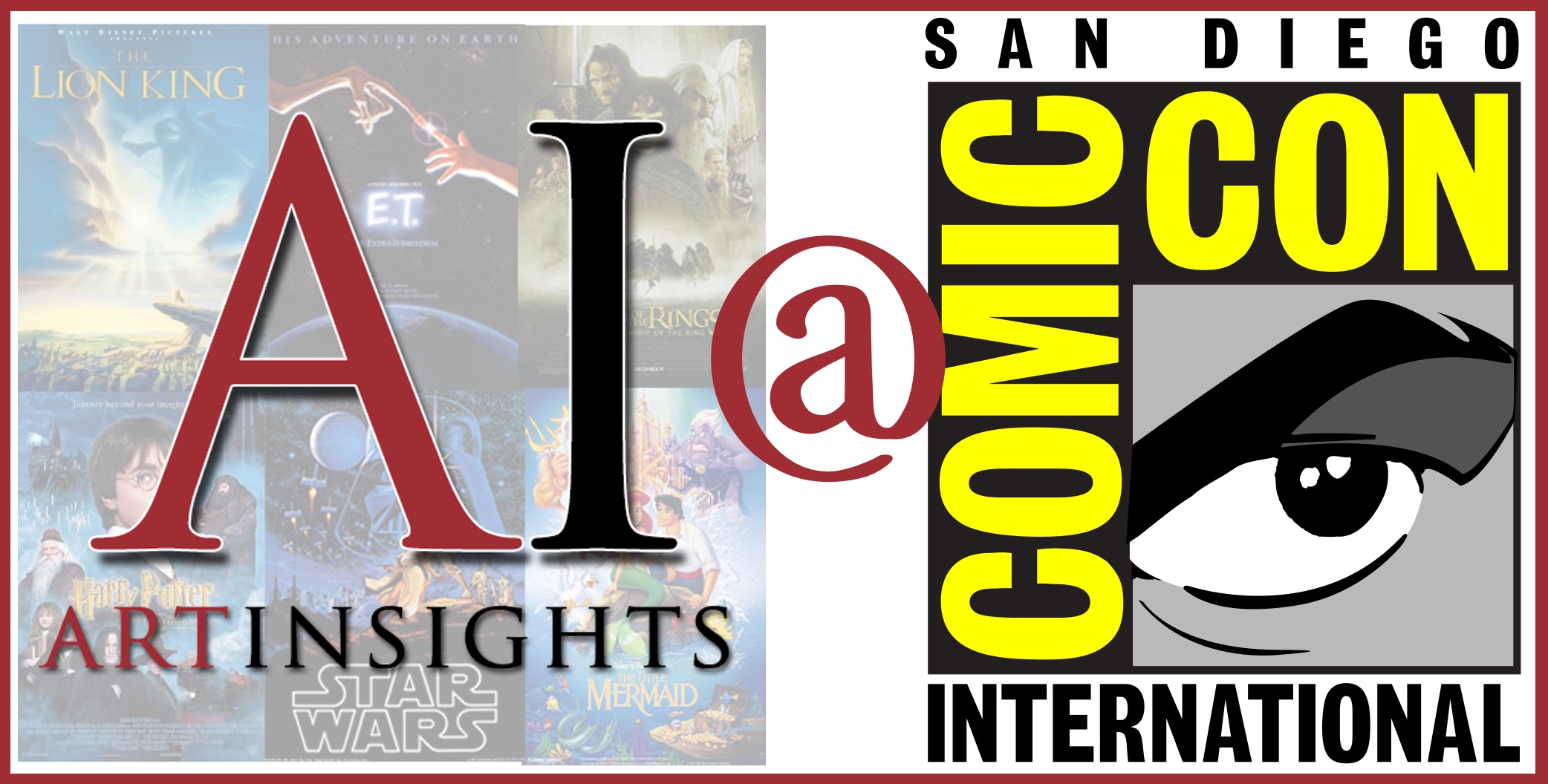 That’s right!  We have DISNEY AND LOONEY TUNES SDCC PANELS!  Created, hosted, and moderated by the folks at ArtInsights.  We are very excited.  In fact we are SO excited and interested in a having a great panel that we went out to LA and interviewed a few folks about their careers so we could be prepared.

First, let’s announce when and what, now that SDCC officially released the dates and times:

LOONEY TUNES LEGACY: LINDA JONES AND RUTH CLAMPETT ON THE LIFE AND ART OF ANIMATION

Chuck Jones and Bob Clampett are two of the most important animators in cartoon history. Their daughters, Linda Jones (Emmy Award-winning producer, founder of Linda Jones Enterprises) and Ruth Clampett (founder of Clampett Studio Collections, former head of Warner Brothers art program) keep their dads’ legacies alive. These powerful Hollywood businesswomen also made collecting the art of animation and film accepted and embraced around the world and own all rights to sell official Warner Brothers cartoon art, Vintage WB movie art, DC comics art, and the art of Harry Potter. They’ll talk about growing up with two geniuses and how they built empires of their own making geek art cool. Moderated by Leslie Combemale (ArtInsights Animation and Film Art Gallery).

For a link to the info on the SDCC website, GO HERE!

DISNEY ANIMATORS: THE POWER OF 2D

A luminary panel of former and current Disney animators spanning from Lady and the Tramp to Moana talk about the importance of 2D animation in the history of Disney, as well as the part it plays in guiding advancement of its future. Panelists are Willie Ito (Lady and the Tramp, Inkpot Award-winning animator), Dale Baer (Robin Hood to Moana), Randy Haycock (The Lion King to Moana), Tom Sito (The Little Mermaid, author of Moving Innovation), and Mike Polvani (Hercules, 2D Animation School founder). Changes in technology, artistic expression, and the value of cooperative interplay between 2D and 3D artists to create the best animation will be discussed. There will be a Q&A moderated by Leslie Combemale (Animation expert, ArtInsights Gallery).

For a link to the info on the SDCC website, GO HERE

We are so very pleased to have such heavy hitters on both panels.  Ruth Clampett and Linda Jones represent two of the most genial yet powerful women in making animation and film art by production artists, those who made the movies and cartoons we love a reality and a part of history.  Any woman who wants to be inspired in their own life about making what they want to do in the world happen with integrity and positivity will want to attend, OR, watch the video we will create of this and our other panel.

Willie Ito won the Inkpot award last year (you can watch him accept it at our panel HERE) and he will be carrying the old guard for our 2D animation panel, which is not about 2D vs 3D, it’s about the importance of 2D in the future of animation.  We also have someone who wrote a wonderful book about the history of computer graphics, Tom Sito, two of the four remaining animators in Walt Disney Feature Animation, Dale Baer and Randy Haycock, and a former Disney animator who just started a 2D animation school, Mike Polvani.  It is going to be a very educational and inspiring talk with the folks who have had a hand in creating the characters and films we love.

Disney animator Dale Baer, who other artists repeated say is one of the best animation artists in the world, and Leslie Combemale, at the 50th Anniversary Celebration for A Charlie Brown Christmas Special: 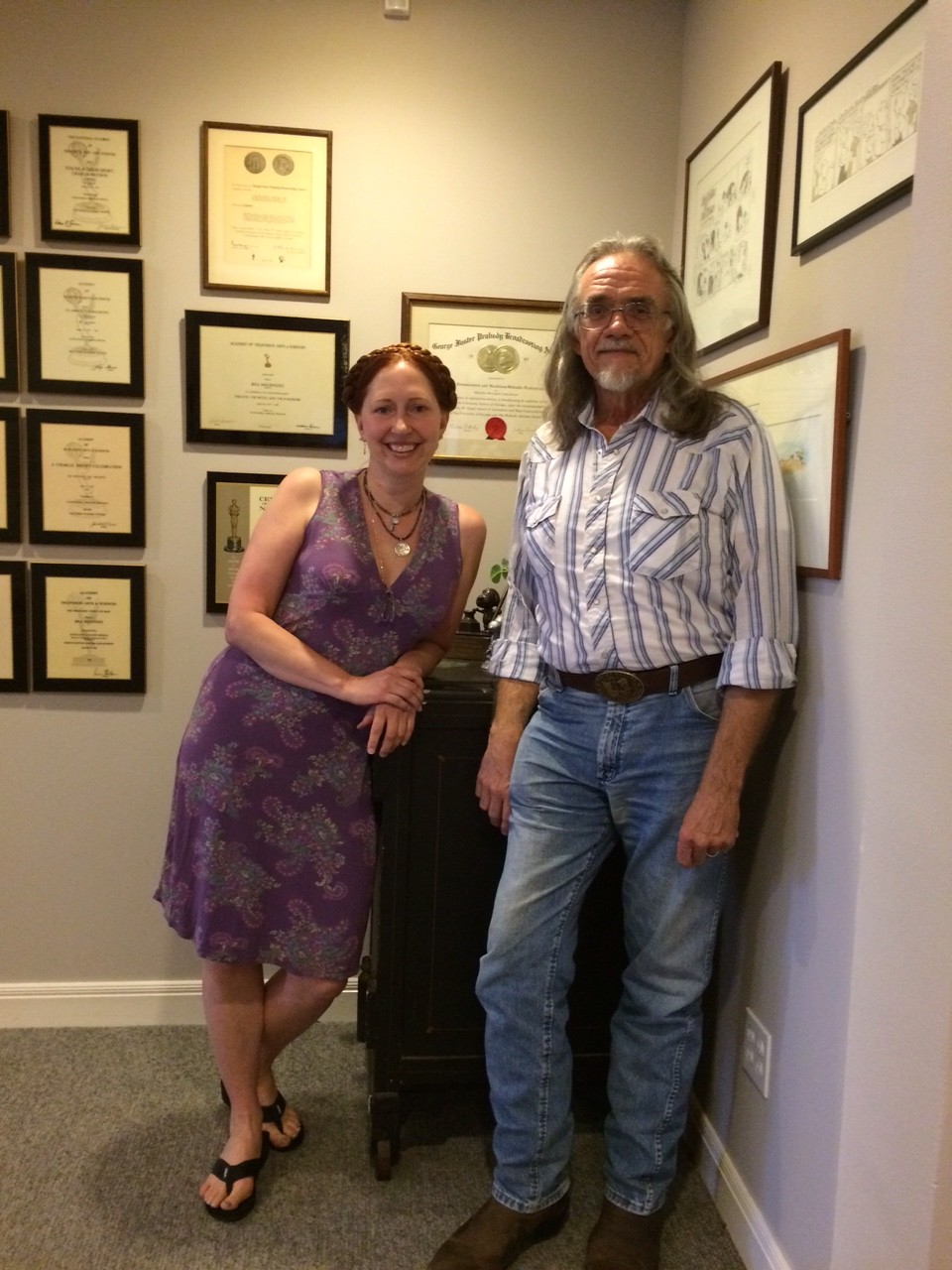 As I said, we will LOVE to see you there, but if you weren’t lucky enough to get a ticket, we will be recording the panels so fans around the world can see them on our YouTube channel.

We at ArtInsights are dedicated not only to getting you great art but also to teaching kids, fans, and collectors about all things film and animation, but directly from the mouths of those who created the movies we all love!

Wish us great luck at SDCC and we will be reporting from there, and when we get back!