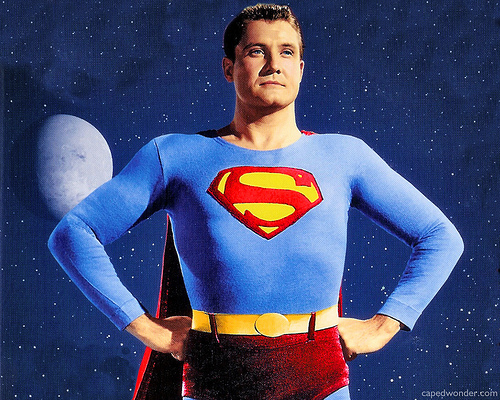 Superman is a fictional character, a comic book superhero who appears in comic books published by DC Comics. He is widely considered to be an American cultural icon. Created by American writer Jerry Siegel and Canadian-born American artist Joe Shuster in 1932, the character first appeared in Action Comics #1 (June 1938) and subsequently appeared in various radio serials, television programs, films, newspaper strips, and video games. With the success of his adventures, Superman helped to create the superhero genre and establish its primacy within the American comic book. The character's appearance is distinctive and iconic: a blue, red and yellow costume, complete with cape, with a stylized "S" shield on his chest. This shield is now typically used across media to symbolize the character.

Widely known as the last Kryptonian, Superman is originally from the planet Krypton. Born Kal-el, he was sent away deep into space by his parents when they realize that the planet was about to explode. He crash landed on Earth, where he was adopted by a farming couple from Smallville, Kansas, Thomas and Martha Kent. He was named Clark. As he grew, young Clark began to exhibit super strength, speed, durability, the ability to fly, and shoot lasers from his eyes. He later learned that he drew energy from Earth's son, giving him these superpowers. Clark moved to Metropolis and found a job as a reporter at the Daily Planet while also protecting the city and its citizens as Superman. He has a love interest in Lois Lane, an intrepid reporter also at the Daily Planet, and a lifelong enemy in Lex Luthor, the richest man in Metropolis and founder, owner and CEO of LexCorp.