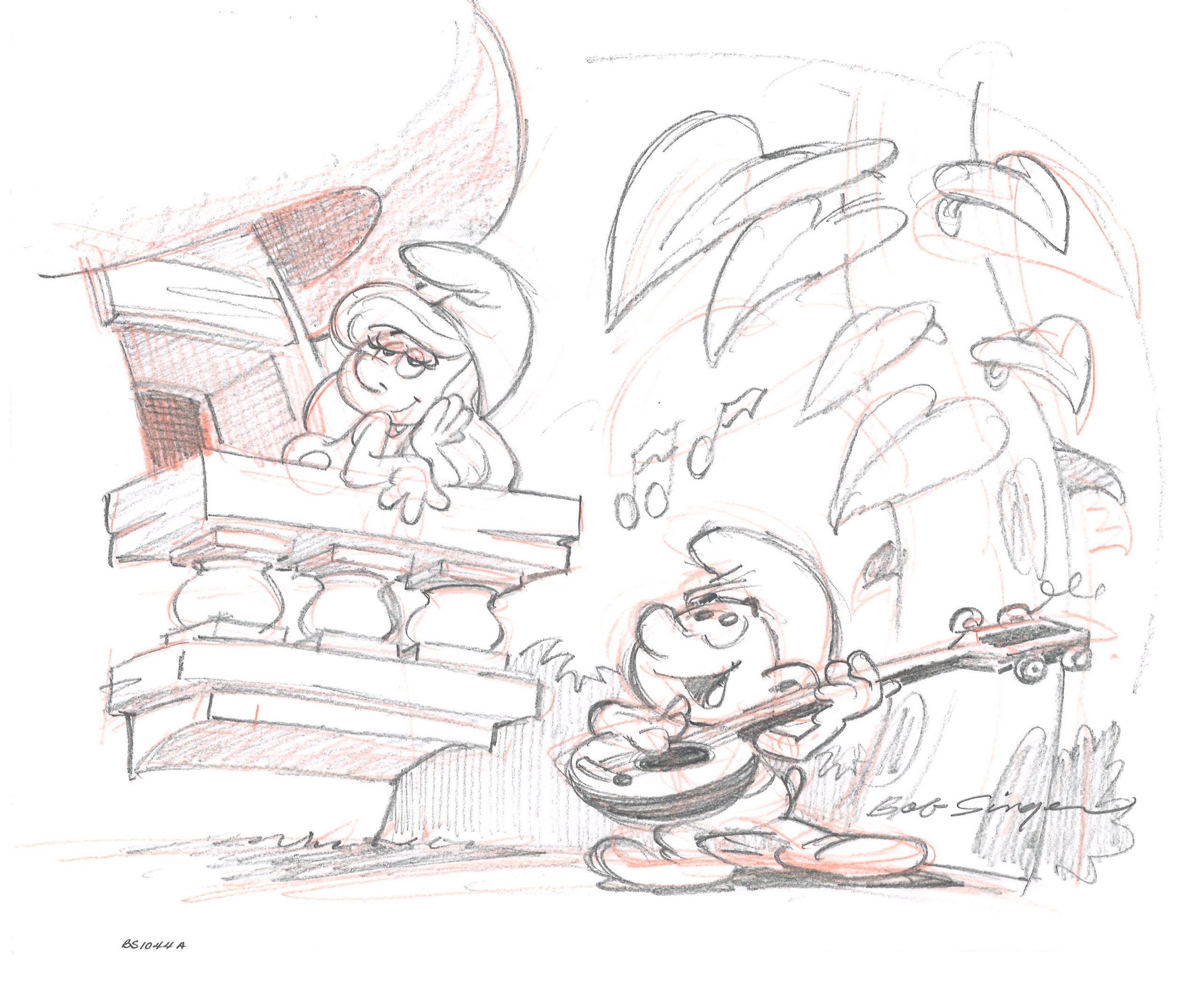 The Smurfs (French: Les Schtroumpfs; Dutch: De Smurfen) is a Belgian comic franchise centered on a fictional colony of small, blue, human-like creatures who live in mushroom-shaped houses in the forest. The Smurfs was first created and introduced as a series of comic characters by the Belgian comics artist Peyo (the pen name of Pierre Culliford) in 1958, wherein they were known as Les Schtroumpfs. There are more than 100 Smurf characters, and their names are based on adjectives that emphasise their characteristics, such as "Jokey Smurf", who likes to play practical jokes on his fellow smurfs. "Smurfette" was the first female Smurf to be introduced in the series. The Smurfs wear Phrygian caps, which came to represent freedom during the modern era. The word “smurf” is the original Dutch translation of the French "schtroumpf", which, according to Peyo, is a word he invented during a meal with fellow cartoonist André Franquin when he could not remember the word salt.[1][2][3] The Smurfs franchise began as a comic and expanded into advertising, films, TV series, ice capades, video games, theme parks, and dolls. The Smurfs secured their place in North American pop culture in 1981, when the Saturday-morning cartoon series The Smurfs, produced by Hanna-Barbera Productions in association with SEPP International S.A.R.L, aired on NBC from September 12, 1981 to December 2, 1989 (reruns until August 25, 1990). The show continued to air on the USA network until 1993, and on Cartoon Network until 2003. The Smurfs is still broadcast on the Boomerang channel throughout the United States. The show became a major success for NBC, spawning spin-off television specials on an almost yearly basis. The Smurfs was nominated multiple times for Daytime Emmy awards, and won Outstanding Children's Entertainment Series in 1982–1983.[15] The Smurfs television show enjoyed continued success until 1990, when, after nearly a decade of success, NBC cancelled it due to decreasing ratings and plans to extend their Today morning show franchise to create a Saturday edition, although they did not do so until 1992 (two years later). The decreased ratings were the result of the network changing the format of the show, resulting in the final season featuring regular time travel with only a few Smurfs. In the TV series, many classical masterpieces are used as background music during the episodes, among them Franz Schubert's Unfinished Symphony (Symphony No. 8 in B minor), Edvard Grieg's Peer Gynt and Modest Mussorgsky's Pictures at an Exhibition. Reruns of the show are played on the Cartoon Network's sister channel Boomerang.
Read More about Smurf