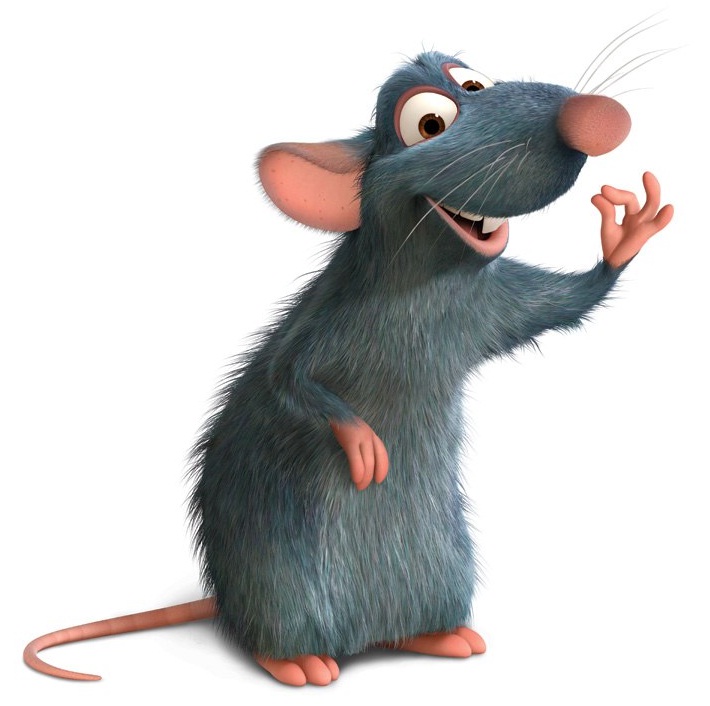 Remy is a blue rat who simply adores food and it's quality. He is shown to have a very good sense of smell, which is probably due to his likeness to food. Due to his gift with food, he always thinks that whatever he think is always correct, which it always is, and always tries his best to make the food he makes high-standard. He also has an interest in humans, because they cook. He becomes fascinated in how they customize food in an exquisite way, and soon becomes quite close to one particular human, Alfredo Linguini, who affectionately calls him 'Little Chef' and cannot cook.

He is not a typical rat, and his personality is mostly like one of a human, as he walks on two feet instead of four, citing that he does not wish to eat with his paws that have touched the ground. He has a natural talent for cooking, using his immense sense of smell to combine ingredients into wonderful dishes. He tends to think modestly of this phenomenal talent, as shown when Linguini asked him if he could actually cook, Remy simply shrugs. He has an imaginary friend in the form of Auguste Gusteau, Remy's hero and inspiration.

His overall dream is to become a chef, and he is always tempted to cook wherever he finds what he needs. When he finds Linguini, and realizes he can control his actions with his hair, he immediately begins to cook dishes of an extremely high-standard, hiding under Linguini's togue. His dishes become extremely popular due to their quality and taste.