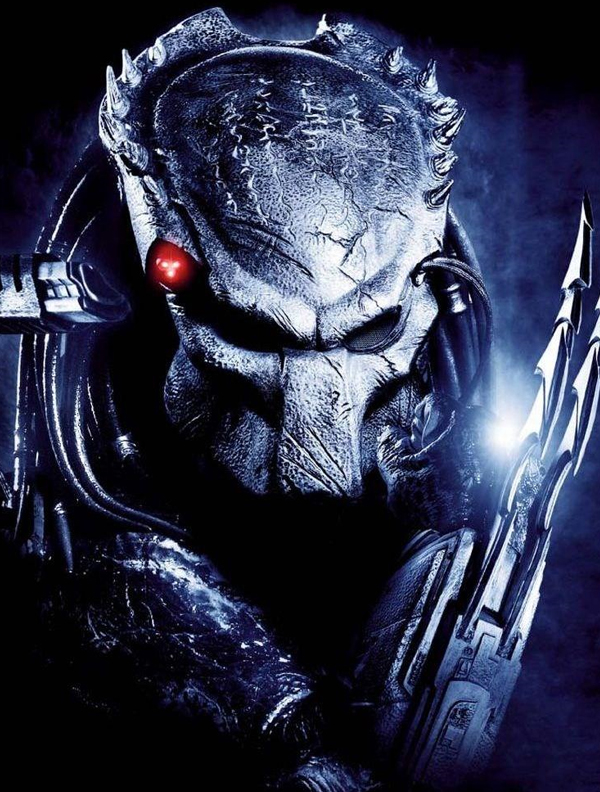 The Yautja, colloquially known as the Predators, are an extraterrestrial species best known for its hunting of other dangerous species for sport and honor, including humans. Despite their repeated encounters with humans, the Predators have notably been associated with hunting the Aliens (Xenomorphs), even breeding the Xenomorphs in order to hunt them.   The Predators are a sentient, humaniod alien species that breathe an atmosphere similar to Earth's. They possess a level of technological advancement far beyond that of humans. Predators are bipedal humanoids, taller than humans and possessing long dreadlock-like hair appendages, arthropod-like mandibles and no visible nose. Predators are extremely resistant to damage, able to survive injuries that would easily kill a human. They are also incredibly strong, able to match the strongest humans and smash concrete with their bare hands. They can jump three times their own height and fall ten times their height without injury. Predators see in the infrared, easily able to detect differentials in their surroundings but unable to tell the differences between objects of similar temperature. They possess their own language which mostly resembles a series of clicks, roars and snarls. They are actually capable of learning English, although rarely find cause to do so.   The Predator's culture revolves around stalking, hunting and killing their prey using a combination of advanced technology, such as active camouflage and energy weapons, and traditional weapons, such as blades, spears and nets.  They do not hunt for food nor to eliminate threats, but for entertainment and proof of worth. Because of that fact, Predators will only hunt organisms that possess the ability to provide a challenge to the Predator. Often a Predator will travel an extreme distance in search of worthy prey. The Predators will often ritualistically mutilate their prey and typically will take their quarry's skull or other parts of their body as a trophy.   Despite their ferocity and brutality, Predators adhere to a strict code of honor during the hunt. They are known to spare pregnant women and the terminally ill, recognizing that neither is worth the kill. However, they will not hesitate to kill them if attacked. A human that has managed to kill a Predator in single combat is often spared and offered a gift, usually a weapon, as a sign of respect. In other cases, a human that has fought valiantly with a Predator will be similarly honored. Should a Predator fail in their hunt, they will commit honorable suicide by activating their wrist gauntlet's self-destruct mechanism. This is usually as a last ditch attempt to kill their prey in addition to destroying the Predator and its technology, to prevent either from falling into the hands of their prey. Should the Predator die, its ship will automatically return to the Predator homeworld, with a record of the hunt.
Read More about Predator