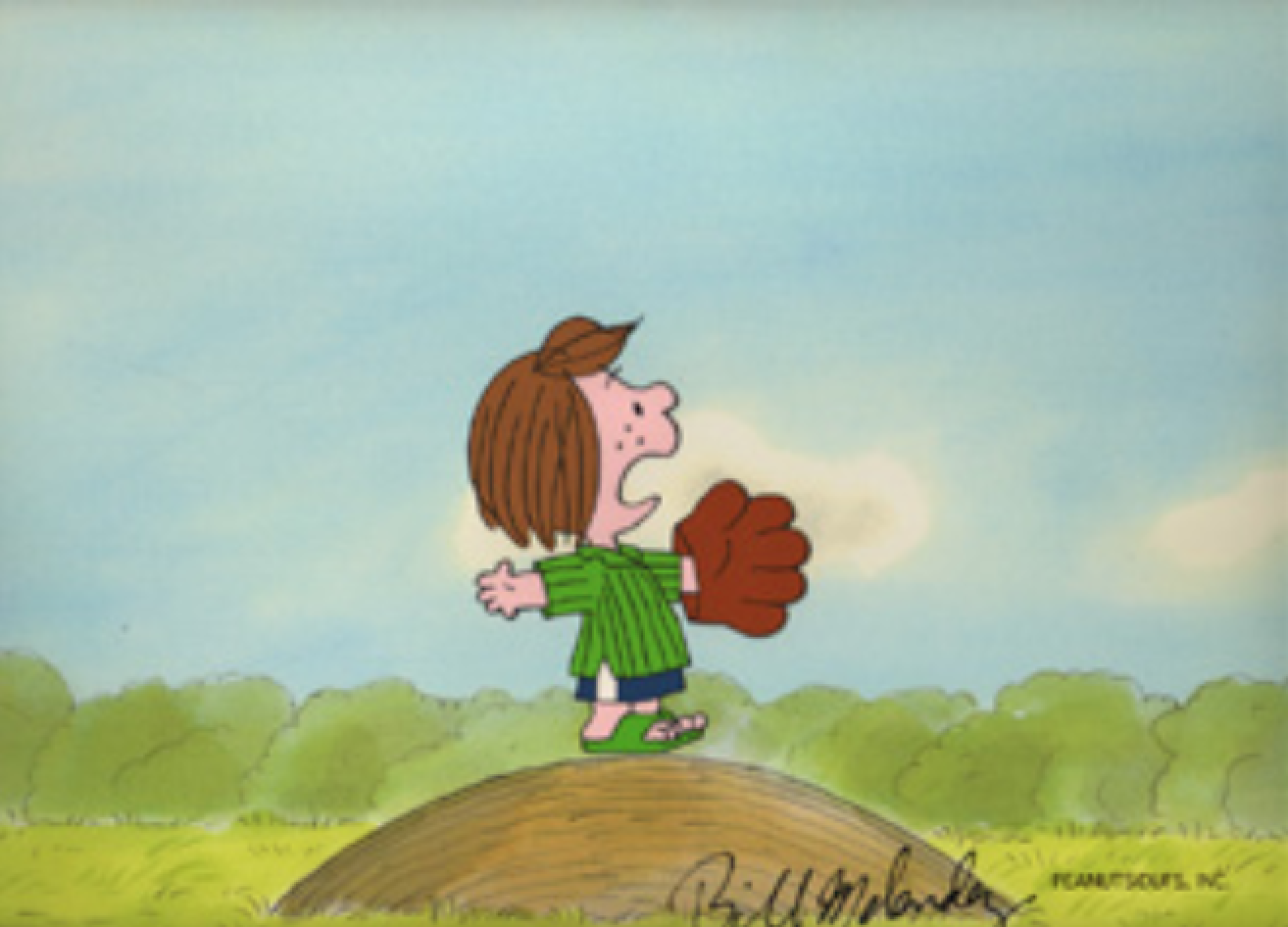 Peppermint Patty is a fictional character featured in Charles M. Schulz' comic strip Peanuts. Her full name is Patricia Reichardt, which is very rarely used in the strip. She is one of a small group in the strip who lives across town from Charlie Brown and his school friends (although in The Peanuts Movie, Snoopy in Space, and The Snoopy Show she, along with Marcie and Franklin, lives in the same neighborhood and attends the same school). She has freckles and "mousy-blah" hair, and generally displays the characteristics of a tomboy. She made her first appearance on August 22, 1966. The following year, she made her animated debut in the TV special You're in Love, Charlie Brown and began (in the comics) coaching a baseball team that played against Charlie Brown and since has had other adventures with him. Uniquely, she refers to Charlie Brown and Lucy as "Chuck" and "Lucille", respectively. In most of her appearances, she is attracted to Charlie Brown, based on her reactions. Her birthday is on October 4.
Read More about Peppermint Patty