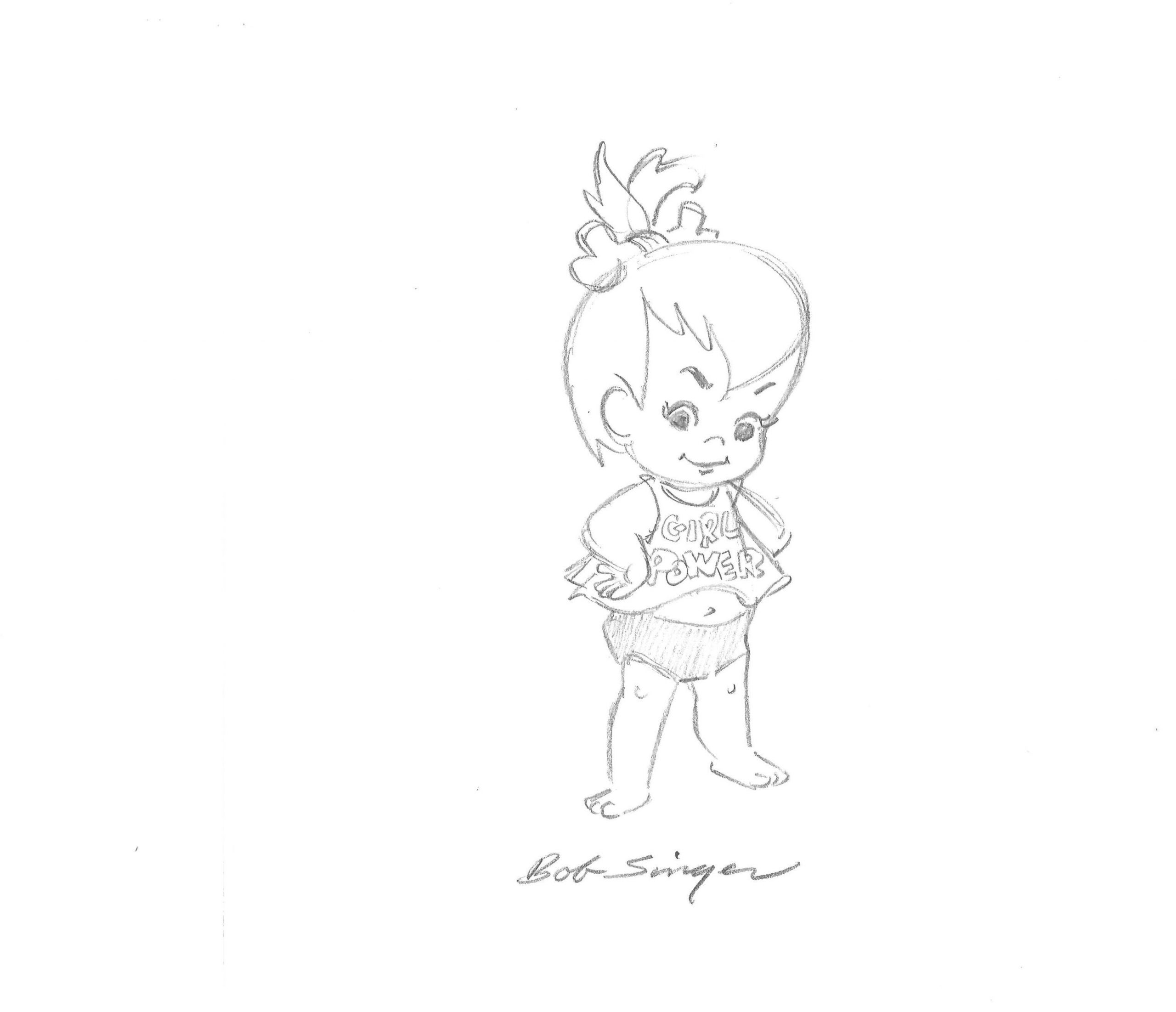 Pebbles Flintstone (also known as Pebbles Flintstone-Rubble as an adult) is a fictional character in the Flintstones franchise. The red-haired daughter of Fred and Wilma Flintstone, Pebbles is born near the end of the third season. She is most famous in her infant form on The Flintstones, but has also appeared at various other ages, including as a teenager on the early 1970s spin-off The Pebbles and Bamm-Bamm Show and as an adult in three made-for-television movies. She spent most of her time with Bamm-Bamm Rubble, her childhood best friend whom she eventually marries. According to the February 22, 1963, edition of TV Guide, Pebbles was born at the Bedrock Rockapedic Hospital on February 22, 10,000 B.C. That particular year was never actually cited within the show itself; most versions of the show put the Flintstones' era as circa 1,000,000 B.C. As an infant, Pebbles quickly became lifelong best friends with her next-door neighbor, Bamm-Bamm Rubble. As a preteen, Pebbles was an excellent baseball player, which led to a misadventure involving her father, as seen in the primetime special The Flintstones: Little Big League. By the time she was a teenager, Pebbles was noted for getting Bamm-Bamm and their friends into various misadventures, mostly due to sharing her dad's penchant for schemes that would inevitably backfire (such as causing a strike by Bedrock's city employees when she was elected honorary mayor for a week). She and her friends attended Bedrock High School; Pebbles had a catchphrase similar to her father's: "Yabba-Dabba-Doozie!" As an adult, Pebbles pursued a career in advertising and married Bamm-Bamm. After this, the newly married couple moved to Hollyrock, a fictional, prehistoric version of Hollywood, California. They eventually had a son named Chip and a daughter named Roxy, who were fraternal twins
Read More about Pebbles Flintstone