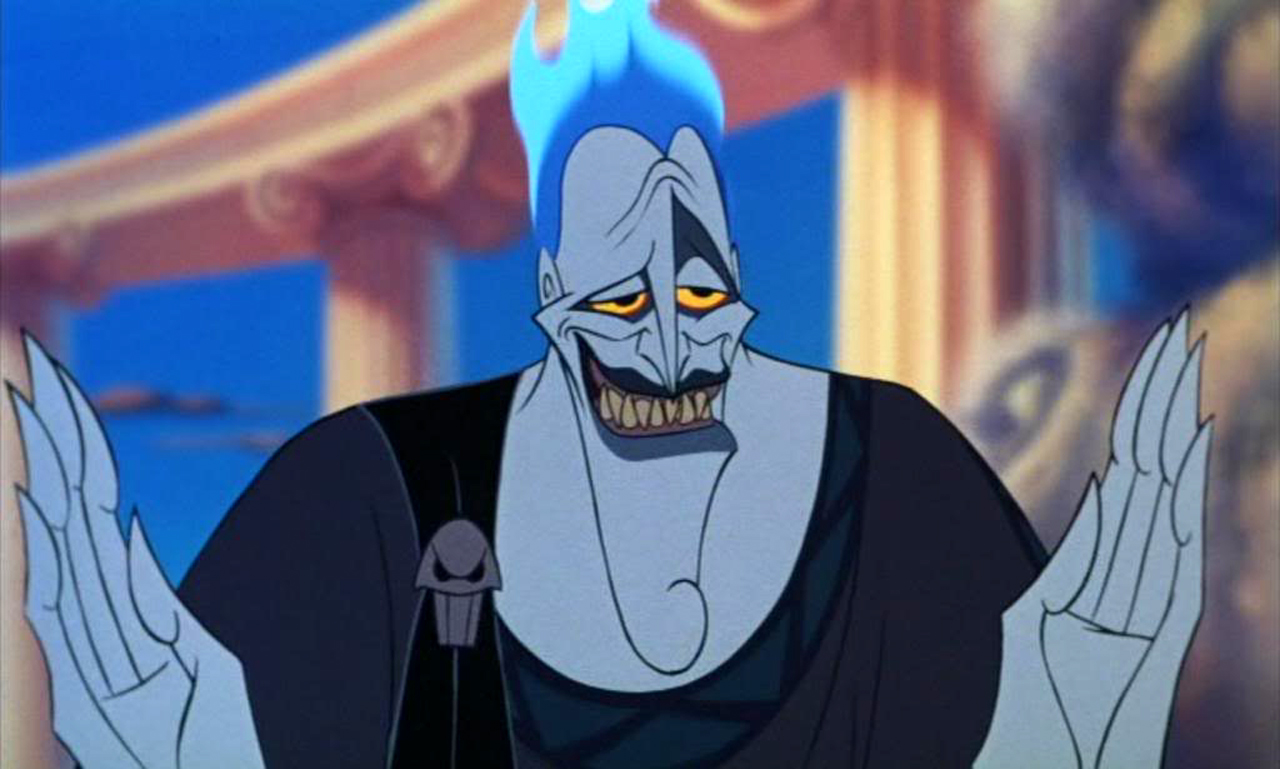 The Greek God of the Dead and Ruler of the Underworld, Hades is not a pleasant individual. Following the war with the Titans, the brothers Zeus, Poseidon and Hades drew lots for what part of the world that they would control. Zeus, having received first pick, chose the sky. Poseidon, second, chose the sea. That left Hades with the Underworld. Relatively unhappy with his lot, Hades is pessimistic, bitter and keeps a generally dark mood, although that can occasionally change. He rules the Underworld with an iron fist and ensures that the dead receive their just reward. He is most famous for his kidnapping of the goddess Persephone whom he subsequently married. Dispite his dour demeanor, Hades is not evil.   In the Disney film Hercules, Hades is altogether malevolent. But, he is also very smooth, cool and composed although occasionally prone towards fiery rage. Hades also plays a devil-type role, often offering mortals some sort of deal that always benefits Hades in the end. He plots to take over the gods of Olympus and use the Titans to destroy his brother Zeus, who he hates with a passion. However, the birth of Hercules throws a wrench into his plans and so, Hades plots to destroy Hercules (or at the very least, get him out of the way). He has control over the character Meg, who bartered her soul in order to save her love, and uses her to try to destroy Hercules.
Read More about Hades