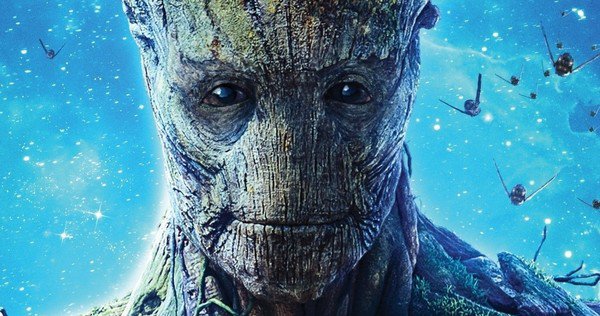 We are groot. Groot is a fictional superhero appearing in American comic books published by Marvel Comics. Created by Stan Lee, Jack Kirby, and Dick Ayers, the character first appeared in Tales to Astonish #13 (November 1960). An extraterrestrial, sentient tree-like creature, Groot originally appeared as an invader that intended to capture humans for experimentation. The character was reintroduced as a heroic, noble being in 2006, and appeared in the crossover comic book storyline "Annihilation: Conquest". He went on to star in its spin-off series, Guardians of the Galaxy, joining the team of the same name. Groot has been featured in a variety of associated Marvel merchandise, including animated television series, toys, and trading cards. Vin Diesel voices Groot in the 2014 film Guardians of the Galaxy, and Krystian Godlewski plays the character via performance capture. Since his film premiere, Groot has become a pop culture icon, with his repeated line "I am Groot" becoming a famous reference. The character played a part in Annihilation: Conquest, at which time it was shown he may be the last remaining member of the Flora Colossi, and was under arrest by the Kree for an unknown reason. Groot earned freedom by joining Star-Lord's strike force, where he and Rocket Raccoon formed a bond, Rocket being one of the few beings with the ability to understand Groot's language. Star-Lord's team fought their way through the Phalanx, but after the death of Deathcry the team decided to escape through a drainage pipe that he could not fit into. Groot seemingly died, buying the team some time to escape the battle. He survived as a sprig offshoot and went on to accompany the team on their continued mission against the Phalanx, but was one of the team members captured by the Phalanx. In time, Groot's body regenerated from the twig, growing back to full size. He and the others intended to carry on as part of Starlord's team.   When the Guardians reformed, Groot joined with Star-Lord, Rocket Raccoon, Drax the Destroyer and Gamora, whom he counted as friends.

The Guardians of the Galaxy are a fictional spacefaring superhero team that appear in comic books published by Marvel Comics. Dan Abnett andAndy Lanning formed the team from existing and previously unrelated characters created by a variety of writers and artists, with an initial roster ofStar-Lord, Rocket Raccoon, Quasar, Adam Warlock, Gamora, Drax the Destroyer, and Groot.

These Guardians first appeared in "Annihilation: Conquest" #6 (April 2008). A feature film based on this team was released in 2014. A sequel, titledGuardians of the Galaxy Vol. 2, is scheduled to be released in 2017. This Guardians team is the second to operate under the name, following theoriginal team created by Arnold Drake and Gene Colan in 1969.