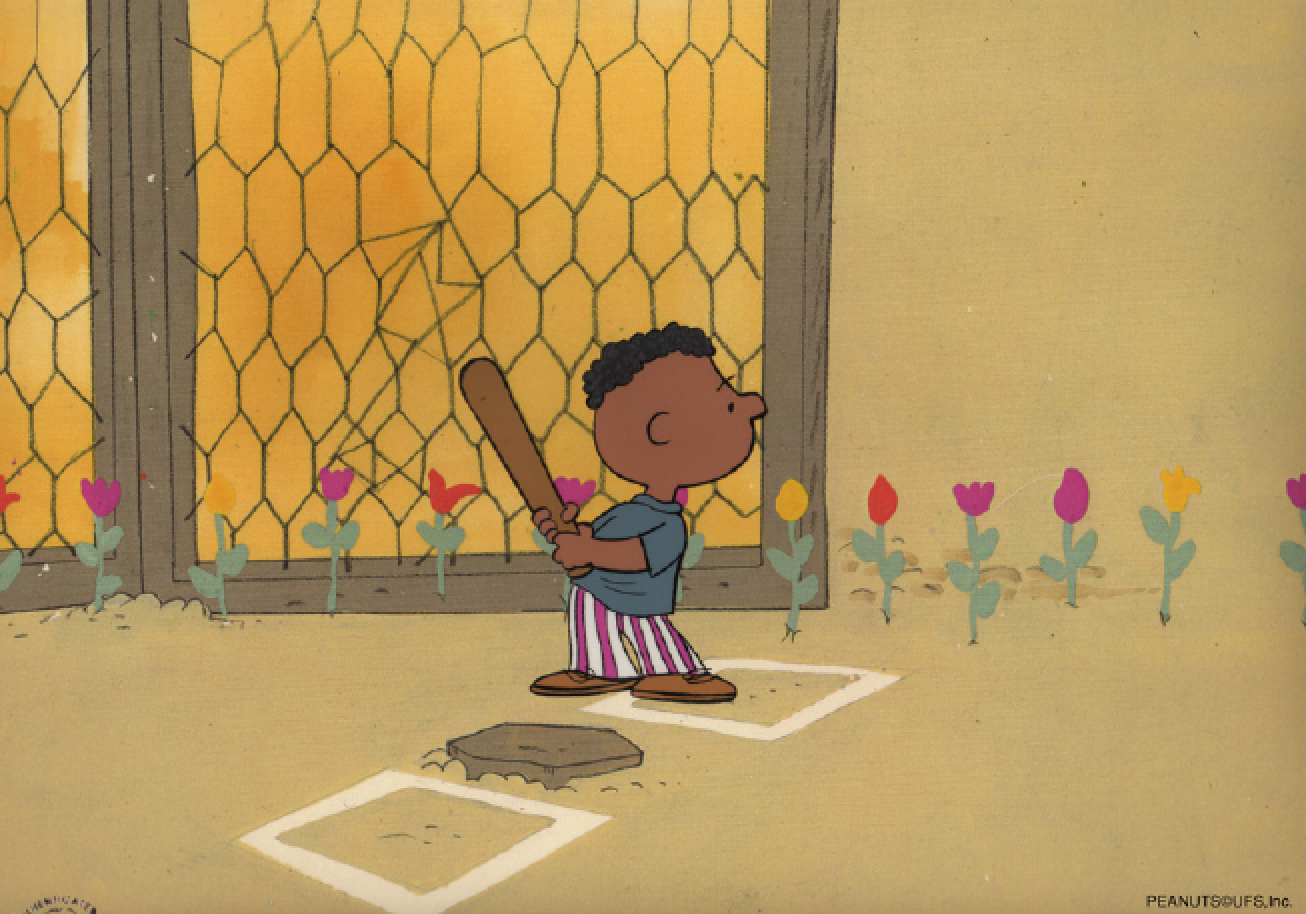 Franklin is a fictional character in the comic strip Peanuts, created by Charles M. Schulz. Introduced on July 31, 1968, Franklin was the first African American character in the strip. He goes to school with Peppermint Patty and Marcie.

In his first story arc, he met Charlie Brown when they were both at the beach. Franklin's father was a soldier fighting in Vietnam, to which Charlie Brown replied "My dad's a barber... he was in a war too, but I don't know which one." Franklin later paid Charlie Brown a visit and found some of Charlie Brown's other friends to be quite odd. His last appearance was in 1999, the year before Schulz's death.

A Los Angeles schoolteacher named Harriet Glickman wrote to Schulz on April 15, 1968 (eleven days after the Assassination of Martin Luther King Jr.), urging him to introduce a black character into Peanuts. On April 26, Schulz wrote back, saying that he had thought about this, but was afraid of "patronizing our Negro friends." This began a correspondence between Schulz and Glickman that led to Schulz's creation of Franklin.

In an interview in 1997, Schulz discussed receiving a letter from a Southern editor "who said something about, 'I don't mind you having a black character, but please don't show them in school together.' Because I had shown Franklin sitting in front of Peppermint Patty... I didn't even answer him."

As a permanent character of the comic strip, Franklin is also a frequent character in the animated Peanuts television specials and movies. Unlike most characters, however, he did not appear in animation until the 1970s with his debut being a silent role in the 1972 movie Snoopy, Come Home at Snoopy's farewell party. His first speaking role is in the 1973 special There's No Time for Love, Charlie Brown, in which he is voiced by Todd Barbee.

Franklin became Franklin Armstrong in the 1990s. Schulz had become close friends with Robb Armstrong, an African-American cartoonist with the most widely read comic strip  artist in the world. Armstrong was profoundly influenced by Franklin's addition to Peanuts, which Schulz knew, so when Franklin needed a last name, he asked Armstrong if he could use his last name for the iconic comic strip character. You can read more about Franklin in this great article from NPR released at Franklin's 50th anniversary.
Read More about Franklin Armstrong of Peanuts