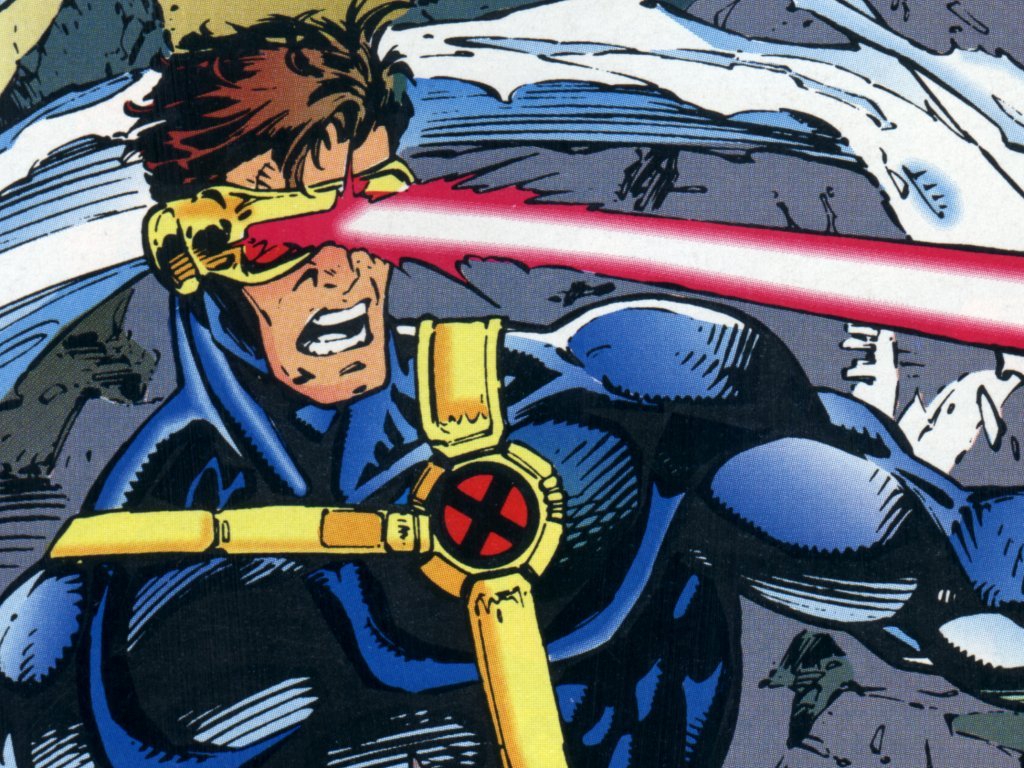 Cyclops is a fictional superhero appearing in American comic books published by Marvel Comics and is a founding member of the X-Men. Created by writer Stan Lee and artist Jack Kirby, the character first appeared in the comic book The X-Men #1 (September 1963). Cyclops is a member of a subspecies of humans known as mutants, who are born with superhuman abilities. Cyclops can emit powerful beams of energy from his eyes. He cannot control the beams without the aid of special eyewear which he must wear at all times. He is typically considered the first of the X-Men, a team of mutant heroes who fight for peace and equality between mutants and humans, and one of the team's primary leaders. Cyclops is most often portrayed as the archetypal hero of traditional American popular culture—the opposite of the tough, anti-authority antiheroes that emerged in American popular culture after the Vietnam War (e.g., Wolverine, his X-Men teammate). One of Marvel's most prominent characters, Cyclops was rated #1 on IGN.com's list of Top 25 X-Men from the past forty years in 2006, and the 39th in their 2011 list of Top 100 Comic Book Heroes. In 2008, Wizard Magazine also ranked Cyclops the 106th in their list of the 200 Greatest Comic Book Characters of All Time. In a 2011 poll, readers of Comic Book Resourcesvoted Cyclops as 9th in the ranking of 2011 Top Marvel Characters. James Marsden has portrayed Cyclops in the first three and the seventh X-Men films, while in the 2009 prequel film, X-Men Origins: Wolverine, he is portrayed as a teenager by actor Tim Pocock. In 2016's X-Men: Apocalypse, he will be portrayed by Tye Sheridan.
Read More about Cyclops