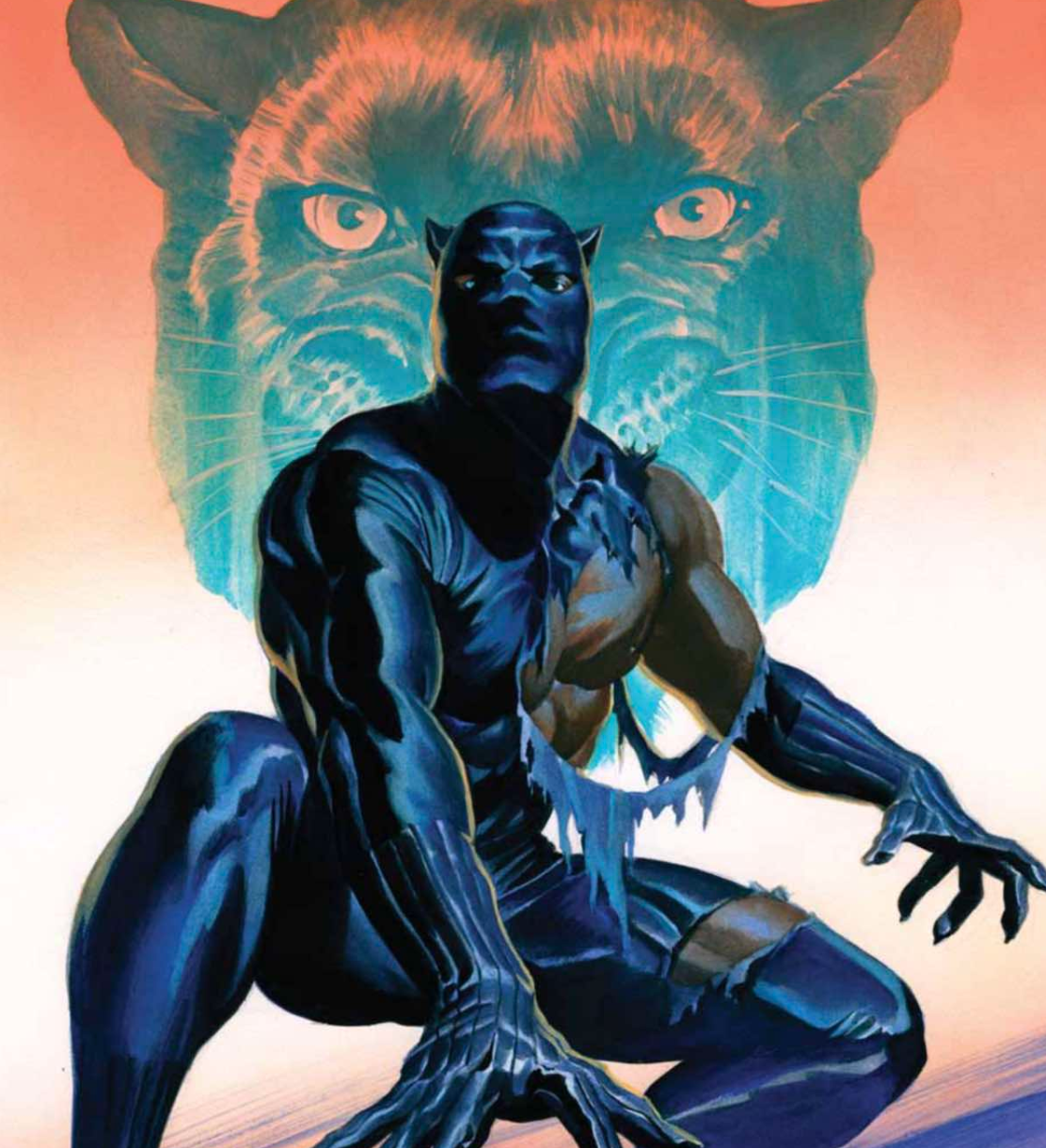 Black Panther - T'Challa of Wakanda, is a powerful, inspiring Marvel character, and a favorite of many Marvel fans. ABOUT T'Challa: A native of the small, yet technologically advanced African nation of Wakanda, T’Challa accepted the mantle of Black Panther, the legendary protector of the Wakandan people, from his father, King T’Chaka, who filled the role before him as his father before him and so on. T’Chaka relinquished the title as he grew older and delved further into politics. This was a subject T’Challa looked upon with some dislike, although he acknowledged the increasing importance of it, even as Wakanda maintained an air of secrecy to hide its true nature and precious vibranium mines.
Regardless of his feelings for Wakanda’s part on the world stage, T’Challa accompanied T’Chaka to an international summit in Vienna, Austria to ratify the Sokovia Accords, which promised to regulate all enhanced persons. Sadly, T’Chaka lost his life when Sokovian radical Helmut Zemo detonated a bomb at the well-attended meeting of heads of state, framing Bucky Barnes, the Winter Soldier, in the process. At that moment, not only did the throne of Wakanda pass to T’Challa, but also the full weight of the Black Panther’s responsibilities, including the task of revenge for the death of the king. T’Challa wears a high-tech suit as the Black Panther, including a mask which hides his features and provides him with overall stealth capabilities. With vibranium threads woven throughout, the suit offers protection from gunfire as well as the elements, and responds to T’Challa’s smallest touch. In keeping with the panther motif, the gear also features retractable vibranium claws, night vision optics, and is ultra-light and form-fitting. In addition, the Black Panther can also absorb energy directed toward him, physical or otherwise, which may then be redirected outward for defense and offense.
Read More about Black Panther – T’Challa of Wakanda