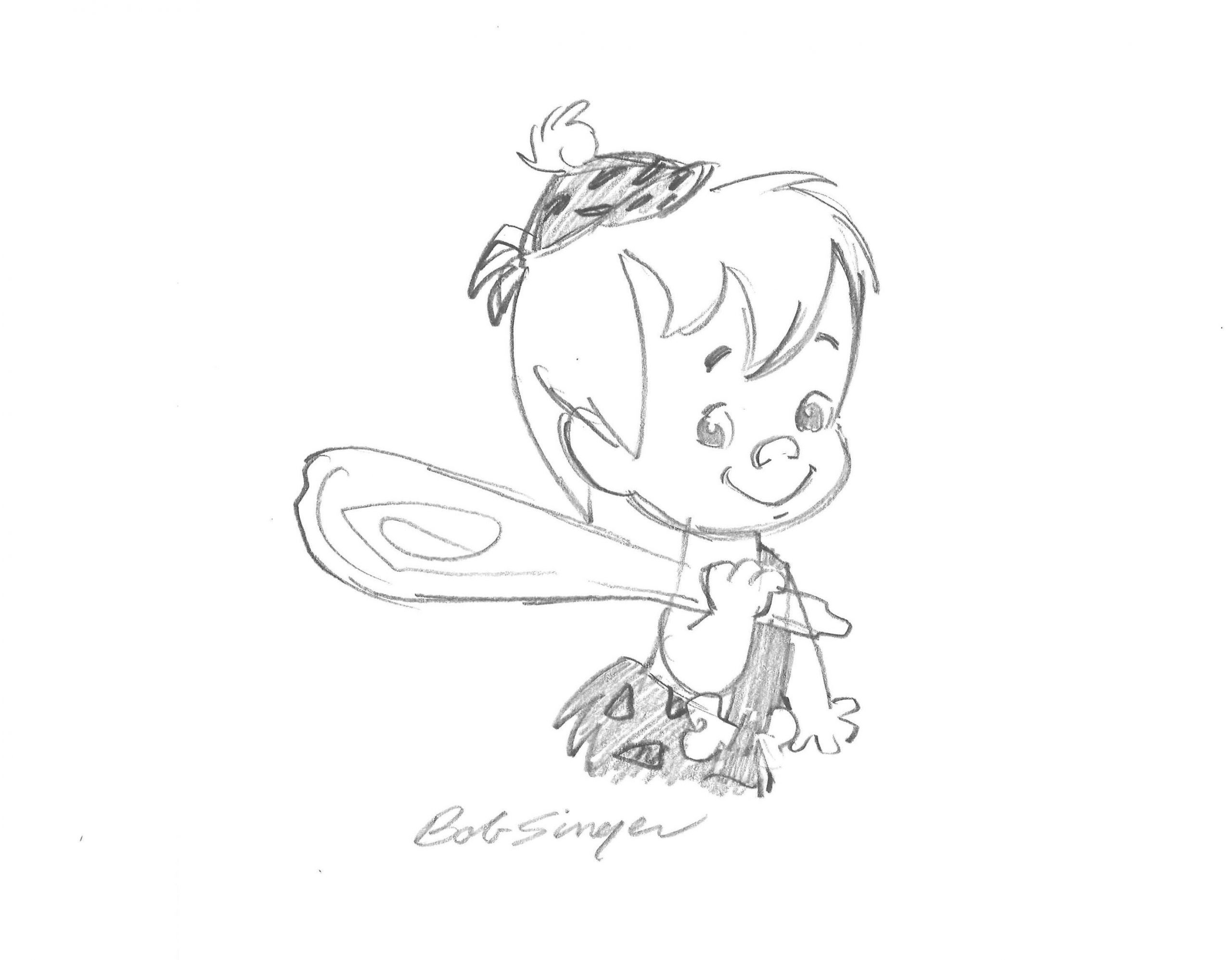 Bamm-Bamm Rubble is a fictional character in the Flintstones franchise, the adopted son of Barney and Betty Rubble. He is most famous in his infant form on the animated series, but has also appeared at various other ages, including as a teenager on the early 1970s spin-off The Pebbles and Bamm-Bamm Show and as an adult in three made-for-television movies. Cartoonist Gene Hazelton contributed to the original model sheets for the character, and he has said that he based Bamm-Bamm's design on his own son, Wes. Bamm-Bamm is the adopted son of Betty Rubble and Barney Rubble after they found him left on their doorstep. After meeting his next-door neighbor Pebbles, he falls in love with her. Bamm-Bamm's "nickname" came from a note left in the basket, causing Barney and Betty confusion over the strange name. This was explained when Bamm-Bamm yelled the phrase "Bamm, Bamm!" and swung his club. Bamm-Bamm's excessive (and sometimes misused) strength was often a source of humor in the episodes the toddler version of Bamm-Bamm appeared in. Unlike Pebbles, Bamm-Bamm was past the crawling stage and could be seen in a few episodes trying to help Pebbles walk. As a teenager, Bamm-Bamm attended Bedrock High School along with Pebbles. In this version, his super strength, while visible in the form of his muscular physique, was not actively mentioned and was only demonstrated on occasion. He became more passive and sensible in his manner and tended to be dominated by Pebbles' more aggressive personality. He was the owner of a "cave buggy," a prehistoric version of a dune buggy. As an adult, he became a mechanic and married Pebbles. The two soon moved to Hollyrock (a fictionalized, prehistoric version of Hollywood, California) so he could pursue his true goal of becoming a screenwriter. Later the couple had twins, Chip and Roxy.
Read More about Bamm-Bamm Rubble