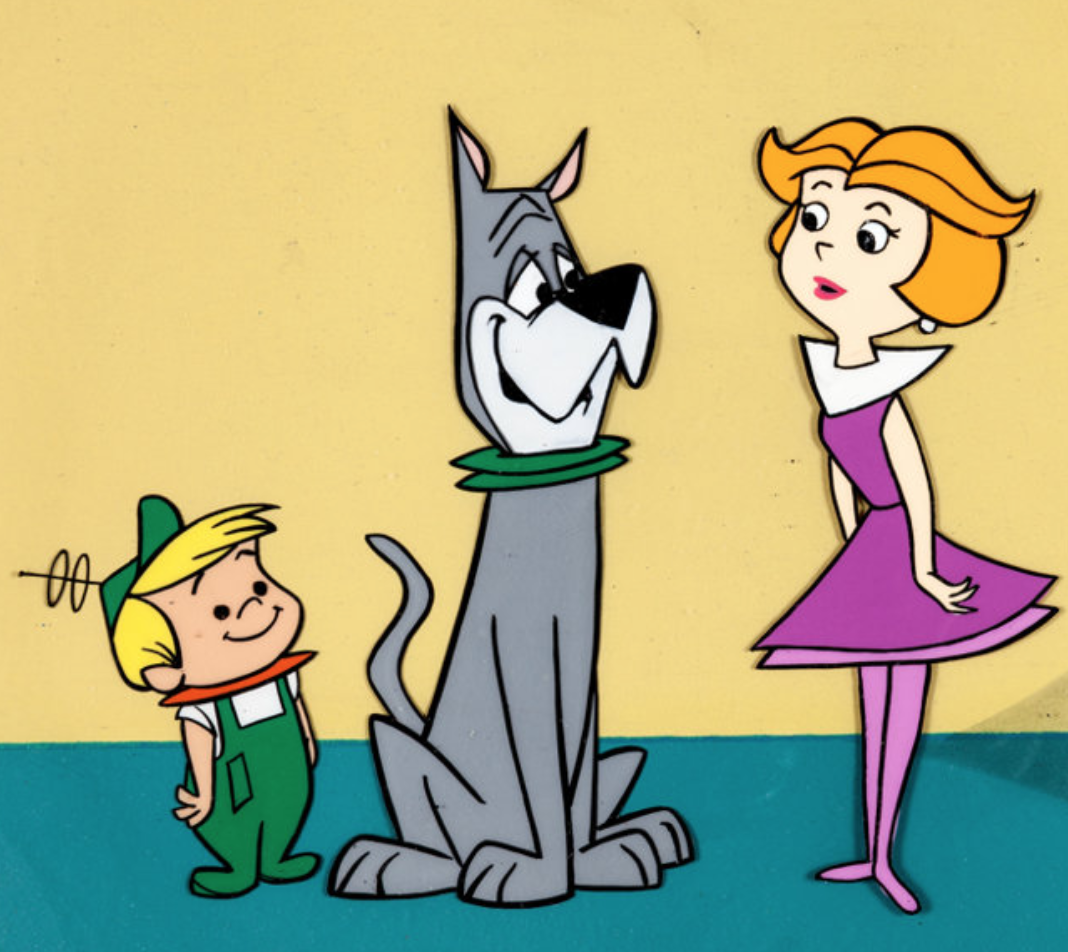 Astro is a canine character on the Hanna-Barbera cartoon The Jetsons. He was designed by Iwao Takamoto, and originally voiced by Don Messick. Astro was more advanced than present-day dogs, in that he had a rudimentary grasp of the English language, albeit with r's in many places they shouldn't be, or replacing other consonants. For example, "I love you, George" would be "I ruv roo, Reorge". This is similar to Scooby-Doo on Scooby Doo Where Are You!. The pup was found by Elroy in the fourth Jetsons episode, "The Coming of Astro". When Jane, Judy and Elroy proposed keeping him to George, he was against it, claiming that an apartment is no place for a dog. In an effort to make his family happy, he got an electronic dog named Electronimo, who was supposed to be the new hairless, non-eating, protect-your-house way to go. When The Cat Burglar tried to rob the Jetsons, Electronimo attacked him (which he did to anyone wearing a mask). Elroy tried waking his pup to get him to stop the burglar as a way to prove himself, but he turned out to be more interested in hiding in fear. However, when trying to escape, The Cat Burglar put the mask on George. Electronimo then proceeded to chase after George. It was Astro who was trying to run from The Cat Burglar that inevitably caught the criminal by accidentally crashing into him. This prompted George to decide that Electronimo was not the way to go. They gave Electronimo to the police and kept Astro as part of their family.
Read More about Astro