Today Michael and I are running around like lunatics getting ready to drive to Florida to take part in our 3RD convention this summer, Star Wars Celebration 5.

For those of you who have been sleeping inside a Tauntaun for the last 30 years, it’s the anniversary of Empire Strikes Back this year, since it was released in 1980…

So for the 5th official time on US soil, LucasFilm is throwing a con/party to celebrate, and all manner of cool geekasm inducing doodads and thingimajigs are being offered for sale exclusively there–and as you may have seen in my “Instant Insights” section of our webmagazine site, George Lucas will be there being interviewed by Jon Stewart as “The Main Event”.

What the jabba the hut will we be doing there?  We will have a booth offering the official art of Star Wars–that is to say the art that was commissioned by LucasFilm for use as posters, books, limited editions, etc., by artists who have been working for them– some since the movies were released, some who have only recently been interpreting the stories… 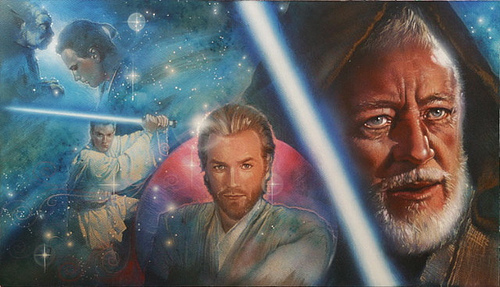 The coolest things about our being there:

We are very excited.   More updates soon, on this blog…Wish the force being with us!!!