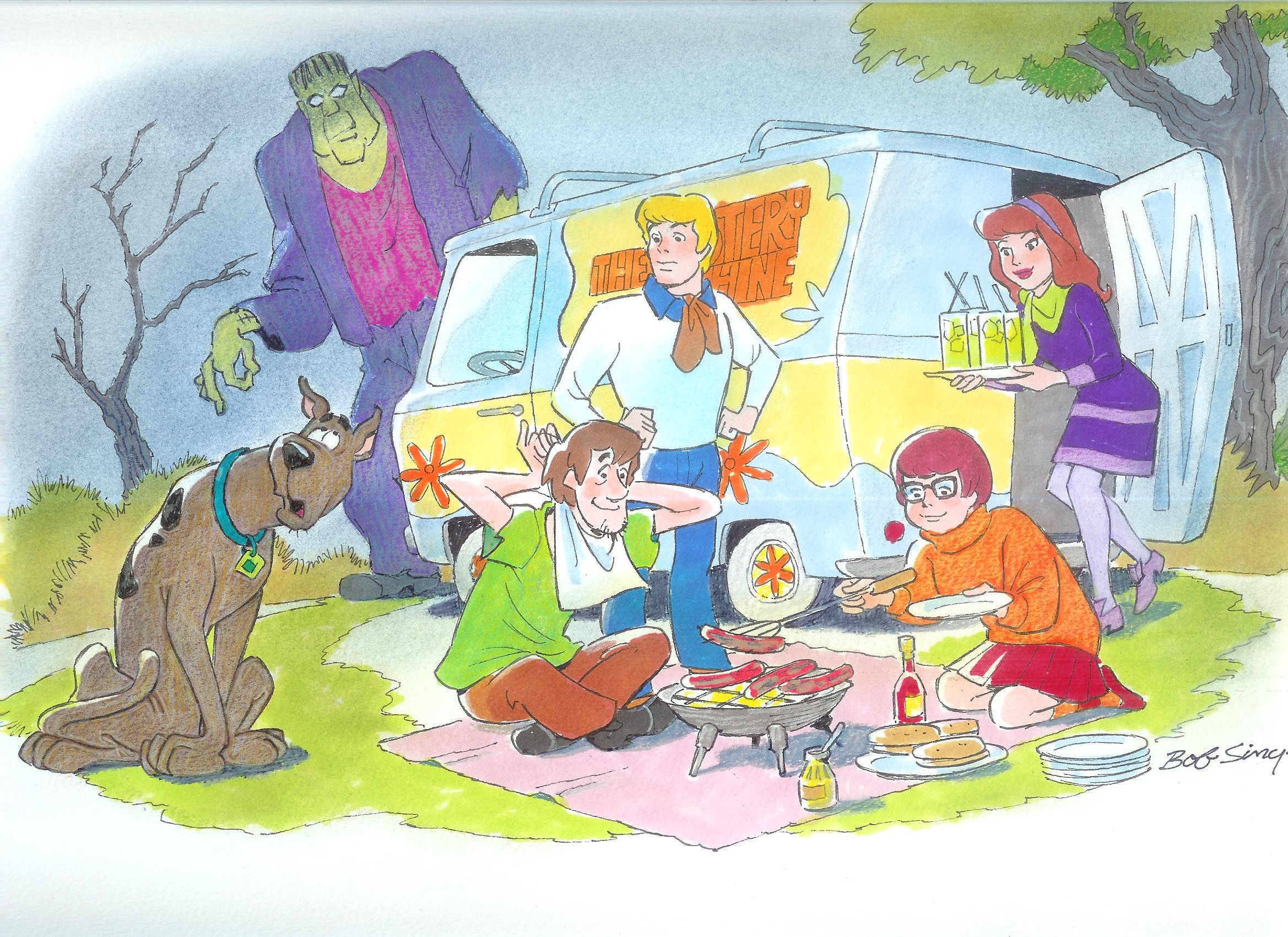 Bob was born in Santa Barbara and raised in Santa Paula. He attended the Art Center College of Design in Los Angeles and graduated in 1955 with honors and a BPA.

He worked at Carson/Roberts Advertising until 1956, then entered the fledgling Los Angeles television animation industry. During his tenure there he worked for such companies as Marvel, Hanna Barbara, U.P.A. Pictures, Shamus Culhane and Warner Bros.

Hanna Barbara used Bob's talents for twenty seven years, and during that time he worked on many of the most popular Hanna Barbara television shows. He was the founding creator of their character design department, layout department head, and later became art director of publicity. He also served as a guest lecturer at the University of Southern California, and several local high schools.

Bob is a member of the Academy of Motion Picture Arts and Sciences, and has been for over forty five years. He currently enjoys creating animation artwork for galleries and collectors, and designing limited edition prints for Clampett Studio Collections. His personal appearances, lecturing and teaching about storyboarding and animation practices have been well received throughout the continental U.S., Hawaii, England, and Australia. The children's literature Studio Group "Studio 5" holds Bob Singer as their most senior member, and most valuable information and experience source.

He authored the animation storyboard book "How to Draw Animation Storyboards" in 1992, and is currently working on his autobiography.

Singer also appeared as the voice of Rot in the 1985 syndicated cartoon special, A Pumpkin Full of Nonsense, based on Selchow and Righter's Scrabble People property.