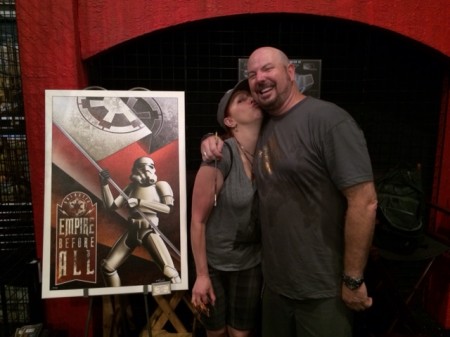 A few weeks ago my hubby, and “Cinema Spouse” and I went down to Florida to deliver a big collection of Disney interpretive art to some close friend-clients. We chose the perfect weekend for us to go, because Disney was having “Star Wars Weekends”, and our pal Mike Kungl was going to be there. We hung out, we talked art, we saw him interact with his excited fans….

Maybe you don’t know who Mike Kungl is. Or maybe you do, but you don’t know you do! He’s been on tv lots of times, by way of his delicious Star Wars limited edition art, the originals of which were all lapped up by George Lucas. Big Brother and Big Bang Theory are two notable examples… 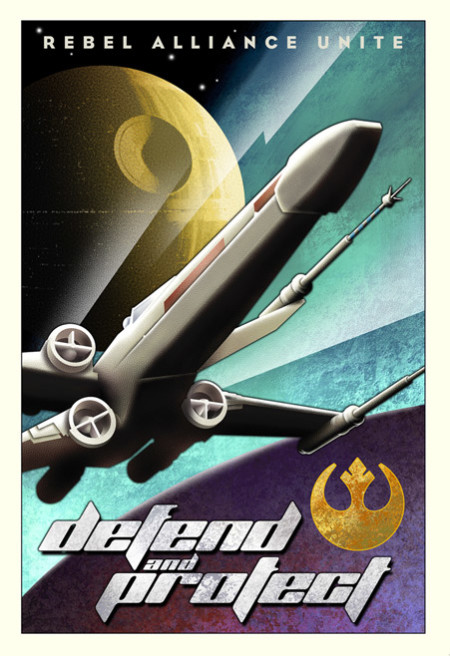 And BIG is what Mike Kungl was always destined for. Because he has everything a successful traditional illustration artist needs and then some: He studied the great graphic designers and architects of the 20th century, as well as traditional artists that formed his own aesthetic. A great lover of art deco, both from its original period and reintroduction in the 50s, he has incorporated that style into his own work. He is not only passionate about his painting, he is also gregarious, savvy, and open-hearted. These are qualities, when mixed together, that make fans and collectors extremely loyal, at the same time as constantly spurring him on in new directions. He also has a secret weapon in his wife and partner Dana, who enthusiastically supports his creative endeavors and takes care of many of the business and marketing aspects of his career…all in an unobtrusive and honorable way. If I sound effusive, it’s because i’ve known Mike and promoted his art for years and have seen him grow and expand his design and become more and more successful, and I couldn’t be happier for him. 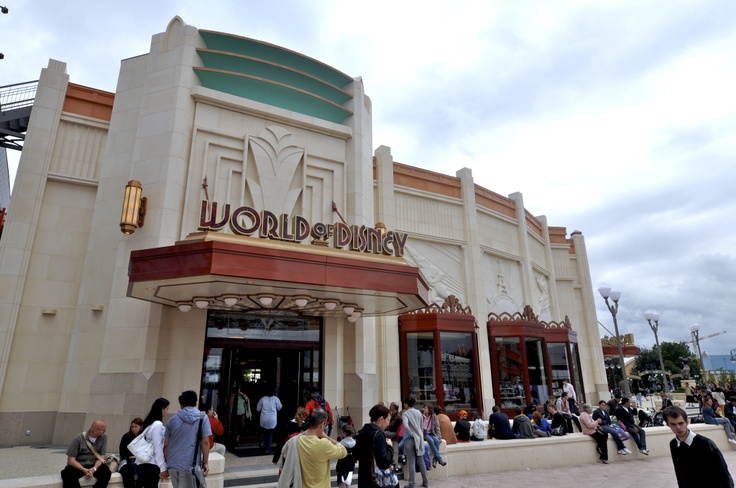 His project for Disneyland Paris is to die for—he designed images for what is essentially the “Downtown Disney” of their park. Huge murals and bas reliefs grace the biggest featured building. This is a huge deal. To be seen every day by Disney fans from all over the world, to raise an entire environment to an artistic experience…It was a tour-de-force. It has led to him traveling all over the world for shows in galleries and events from Paris to Tokyo and back. 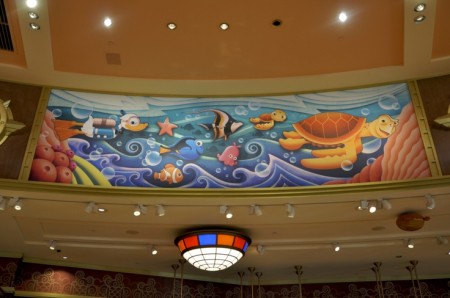 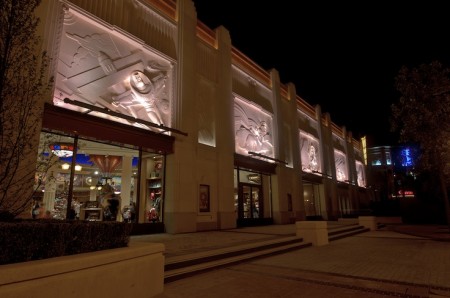 He has had corporate clients since very early in his career. Recently though, his artistic reach has stretched across more properties than any other artist with whom I am connected.

He works and is an official interpretive artist for Disney in Disneyland Paris and both art licensees, Warner Brothers for both classic films and cartoons, and LucasFilm, where his images often sell out in only a few weeks. Somehow he works peacefully with almost every company with a license, which is harder than you’d think, actually…

One thing i’ve always loved about Mike and Dana…they always operate with the utmost integrity, and make sure they stay loyal to all those who support their business, but Mike never loses sight that it’s about the art. It’s about the love of movies and design and traditional illustration, and helping the fine art collectors around the world understand film art is real art.

This July, Mike is releasing a new licensed piece for Warner Brothers of King Kong, and it is just perfectly spot on, capturing both this style and the grandeur of the original film. 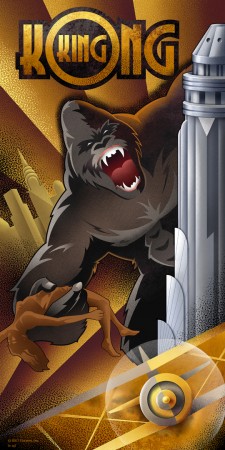 We expect to be doing some exciting commissions with him in the near future, and certainly now is the time for anyone interested in getting some Disney, Star Wars, and classic film images from him, as he is, much like Buzz Lightyear whom he painted for Disney. His career is going to infinity and beyond!

FOR ALL AVAILABLE LIMITED EDITIONS, GO TO OUR KUNGL PAGE:

ALSO FOR COMMISSIONS OF ORIGINAL BY MIKE,
Contact the Gallery 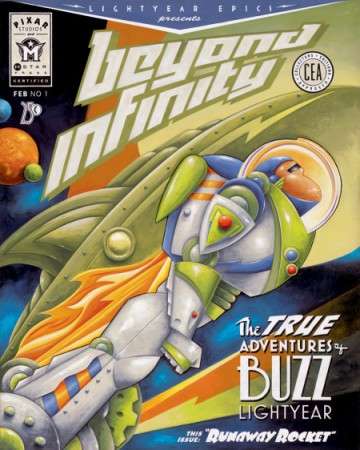