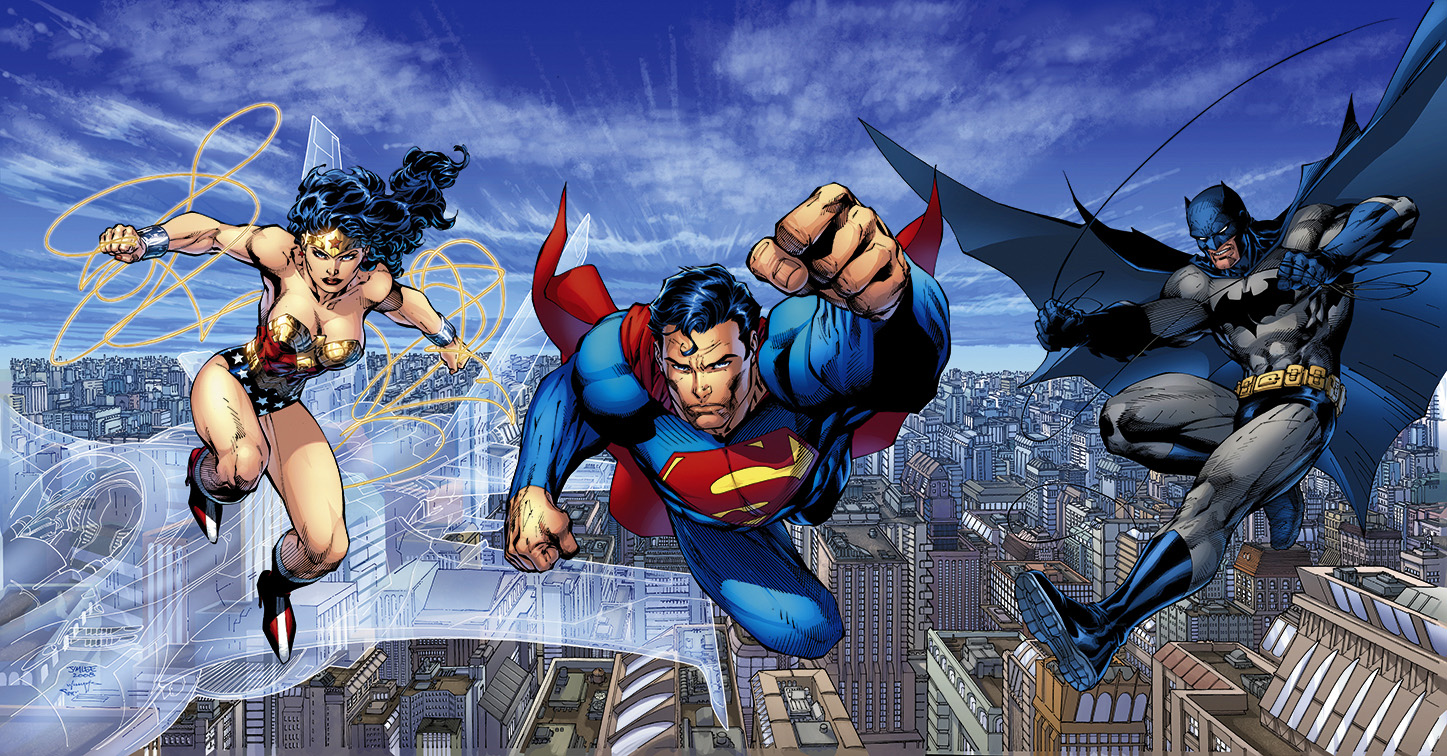 Reston, VA: ArtInsights Animation and Film Art Gallery is hosting an exhibit of limited edition and original comic book and animation art featuring Batman, Superman, and Wonder Woman, the characters soon to be the central focus of Zack Snyder’s new movie “Batman V Superman” premiering March 25th. Other popular DC Comics superheroes and villains will also be for sale and on display. The show runs from March 2 through April 4 at ArtInsights, 11921 Freedom Drive, Reston, Virginia 20190, in Reston Town Center.

The images on exhibit will encompass the work of a variety of well-known figures in the comics and cartoon world, including limited editions by Jim Lee, renowned artist and co-Publisher of DC Entertainment, and production art from Bruce Timm’s Batman and Superman animated series. Says Leslie Combemale, co-owner of ArtInsights, “I love that the world of movies is catching up to what comic book fans have known for years. Comic book art is real art, and so is production art from the superhero cartoons. It’s made by the artists who celebrate these characters and keep them at the forefront of pop culture.  No one represents that more than Jim Lee, and we’re proud to have his art, and the art of these icons gracing our walls.” Continues Combemale, “It’s so much fun, seeing kids and cosplayers dressed as their favorite hero or villain, coming in.  They often leave with art, but always with smiles on their faces!”

Established in 1994, ArtInsights is a privately owned gallery located just outside of Washington, DC at Reston Town Center, in Virginia. The gallery presents important images from the 20th and 21st century film art genre, including original art from the masters of film and moving entertainment. From film campaign artists to concept and layout artists to production designers and animators, ArtInsights represents a wide collection from the giants and up and comers of film art. The gallery exclusively represents the original art of the great cinema poster artist John Alvin, and also exhibits Tim Rogerson, Jim Salvati, Mike Kungl, and Chuck Jones, among others. Featured studios include Disney, Warner Bros., Paramount, and 20th Century Fox. ArtInsights also features contemporary art by artists such as the innovative Tennessee Loveless, who is known for his portraits of drag queens and pop icons. With more than 30 years’ experience, the owners work with their worldwide collector base to build and insure the integrity of their collections. See and learn more on the website and on the web magazine, and hear and see movie reviews by owner Leslie Combemale’s alter ego, Cinema Siren, all of which are published on her site www.cinemasiren.com,  as well as on Indiewire, Screenrelish.com, patch.com, and other recognized outlets dedicated to film worldwide.