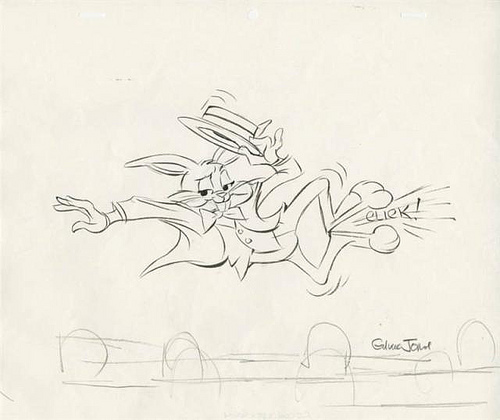 ArtInsights at the AFI for Bugs Bunny Anniversary!

The AFI Silver Theater is showing some great cartoons in honor of Bugs Bunny’s 75th birthday, which happened July 27th, (those carrots are great at keeping a rabbit looking youthful!) and ArtInsights will be there!

Leslie Combemale, intrepid ArtInsights co-owner and lover of all things Looney Tunes, will be doing a short pre-screening lecture on August 8th and 9th at 11:30 am.  Tickets are $5, and there are some great cartoons showing!

As you all know, Leslie works at educating and advocating for acceptance of animation as an important art form, and many of the artists who created cartoons as fine artists worthy of the highest acclaim.  Come hear a few bits of information you may not know about your favorite Looney Tunes artists and cartoons, and help celebrate superstar Bugs Bunny in 35 mm on the big screen!

Click the dates for a link to purchase tickets and more information:

HOPE TO SEE YOU THERE! 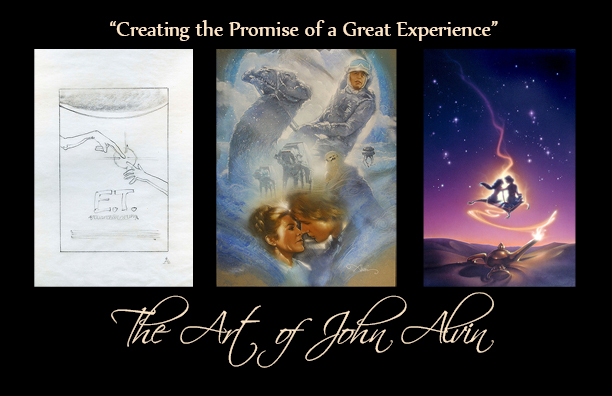 John Alvin Originals CAN BE FOUND AT THEIR OFFICIAL GALLERY HOME!

ArtInsights Animation and Film Art Gallery has exclusive rights to selling all official original art from the estate of John Alvin. If looking for available art through official channels directly from his estate,

Such great press for The Art of John Alvin! read our ArtInsights blog about it…

We at ArtInsights have been proud to be have known John Alvin and are honored to be connected as the official conduit from artist, through his family, to collector. There is a special interaction inherent to the experience of collecting original art, and we believe when movie lovers can enjoy a piece of art by such a renown artist such as John Alvin from any movie on which he created images, they become part of celebrating the important aspect of film history that campaign art represents. Collecting posters is a wonderful thing, but having a piece of art used in the making of the poster is something those who have begun a collection of such can tell you is a truly joyful experience. John Alvin was a lovely man, humble, warm, and kind, who always had time for his fans and blossoming artists. We miss him and are thrilled The Art of John Alvin will create new fans and increase awareness about him throughout the world.

We hope if you are in the Washington DC area or would like to see a collection of original art by John Alvin you’ll come to our gallery where you can see them in person. Thanks for your interest!